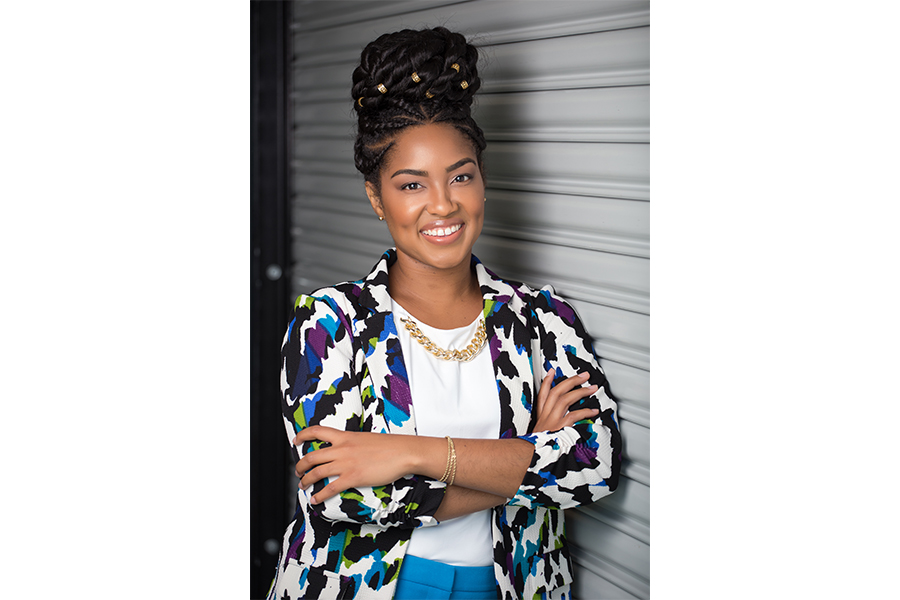 Let’s start at the end of the beginning. On January 15, 2020, Janeya Griffin sat on Capitol Hill before the Congressional Committee on Small Business and testified about the topic of Enhancing Patent Diversity for America’s Innovators.  Having helped NASA commercialize their intellectual property for years and then individuals and corporations through her own company The Commercializer, she’s been on the frontlines as a witness to the important part patents play in generating wealth and how there’s a significant gap in Black and minority involvement.

And the problem goes deeper than just an inclusion one, as Griffin goes on to explain that Blacks were forced to choose between their freedom and their intellectual property early in American history and that has had a trickle effect to today.

“The Meritorious Manumission Act of 1710 gave slave owners the right to grant their slaves freedom in exchange for their inventions.  Hence, the systemic issues faced by minorities in the patent and commercialization systems for decades has not only created the diversity gap, but continued to sustain it,” she said.

Griffin describes herself as an IP (intellectual property) advocate and a serial entrepreneur, but the term “The Commercializer” encompasses the ideas well.  Serving not only as the name of her company, The Commercializer also describes adequately what she does and what drives her on a daily basis--helping minorities understand the importance of and take control of their intellectual property.  The Commercializer LLC helps minority entrepreneurs, startups, and corporations do just that, monetize their intellectual assets.  It’s a business she knows well, being a Technology Transfer Specialist for NASA’s Armstrong Flight Research and having helped many of their IP’s find monetary success outside of NASA.

“It’s really about taking something that is being used for one purpose and finding an alternative solution for it,” she said.

Griffin grew up in San Bernardino, CA and graduated from Grambling State University with degrees in Criminal Justice and Chemistry with a concentration in Forensic Science.  She is a member of Delta Sigma Theta Sorority, Inc.  Her initial goal was to work as a crime scene investigator and she did an internship with a forensic lab.  While interesting, it left her feeling that there was something else that could enable her to contribute more, but struggled with finding an alternative that would encompass all she had learned and allow her to contribute to her community.

The dean of her college recognized an entrepreneurial spirit in her, and encouraged her to enter a program at CSU San Bernardino that he felt would foster that and encompass Griffin’s goals.  The program, The Integrated Technology Transfer Network, took Historically Black College and University (HBCU) students and taught them the business side of technology so they could translate the technical details into a value proposition in a way people could understand.

This program opened Griffin’s eyes to technology transfer, and since then she has made it her mission to open the eyes of others.  Upon leaving the program, Griffin googled tech transfer positions and started applying online.

“I found that a lot of the positions were for licensing associates, meaning you needed to know drafting language which I didn’t completely understand,” she said.

Griffin remedied that by finding a consultant in the field and offering to work for free to learn.

“I didn’t do it for long,” she recounts with a laugh, “but I was able to get the experience necessary to say I know about this.”

While the licensing associate positions were entry level, the NASA position she applied for was a senior level position she wasn’t qualified for.  Griffin hoped that by lowering her salary demands they would take a look at her, and they did.  While she didn’t get the exact position she applied for, because of her qualifications NASA created a position for her based on her resume - Technology Transfer Specialist and Licensing Manager.

The federal government spends $150 billion a year on research and development, and out of that development comes inventions.  These inventions are considered the intellectual property of the government.  A Technology Transfer Specialist and Licensing Manager works with a patent attorney to get these inventions patented, then finds commercial companies to license the rights to use or create commercial products from these patented inventions.  The federal government isn’t the only one to do this; many companies and even universities participate in tech transfer.  Institutions like MIT, USC, Stanford, and all major predominantly White universities have tech transfer offices that help them get a good return on investment for their intellectual property.

In a 2015 survey by the Association of University Technology Managers, its members received about 6,500 patent grants that year. In addition, 1,000 new ventures were formed and 879 new products based on university research were introduced, and new and existing products generated $29 billion dollars in product sales.

Back in 2011, the creation of patents and monetizing of IP was something you didn’t typically see at HBCU’s, and it was a significant oversight.

“Part of the reason is that all HBCUs combined receive less (federal) funding than any one major predominantly White institution,” Griffin said.

This creates a situation where there is less opportunity for research and therefore to create IP, and little focus on monetizing when there is.

“As a result, they don’t know how to do it,” Griffin said.

This is where Griffin’s company, The Commercializer, comes in.  Within the company’s mission is to help HBCUs build out a Technology Transfer Office and capitalize on their IP.

“Things like, how should it operate?” she said.  “What policies they should be putting in place and how they can actually structure it so that it is an ecosystem they’re building that includes the community and includes the assets that they have at the university.  And intellectual property is at the core of that.”

“(When) we started having these conversations in 2011, there wasn’t much information to go on,” she said.  “It wasn’t that they didn’t see it wasn’t important, but in order for them to step away and actually divert resources into something that they’re very uncertain about, there’s a lot of ambiguity in, and they don’t know much about, that’s a really big risk.  So if there wasn’t something tangible, or something in terms of data that showed them this was a great opportunity, it wasn’t something they were likely to do.”

Since then there’s been a gradual change.

“With the Internet and the proliferation in information access, there’s been an increase in the conversation surrounding IP,” Griffin said.  “HBCUs over the last few years have been able to review relevant data and are starting to recognize the value in these avenues and are patenting IP.  Howard (University) is a leader in this.  FAMU (Florida A&M University) and Jackson State also to name a few.  More HBCUs are seeing what their colleagues are doing and saying I need to look into this.  Grambling State got on board when they had a piece of IP they wanted to protect and didn’t know what to do.  So when I reached out to them...they were like ‘this is perfect timing.’”

Which brings us to back Capitol Hill, the Congressional Committee on Small Business, and the future.

“Being able to go to Congress and speak about this really just solidified everything I had been talking about,” Griffin said.

That cold January day has led to a thaw, and Griffin is glad to see movement on this front.  She is currently working with various members on Capitol Hill to introduce legislation to help foster more patent diversity, and it’s getting bi-partisan support.

Griffin is also helping several universities to get their IP working for them, and has had other universities call and ask her to come in and help set up their technology transfer offices.

“Black people literally had to choose their freedom, their very lives over their IP (in the past),” she said.  “Now more than ever ownership of intellectual property is important.  It’s why we need to be monetizing it, not just protecting it.  It really helps our economy and can get us to where we need to be in terms of generational wealth.  It’s all part of it.”