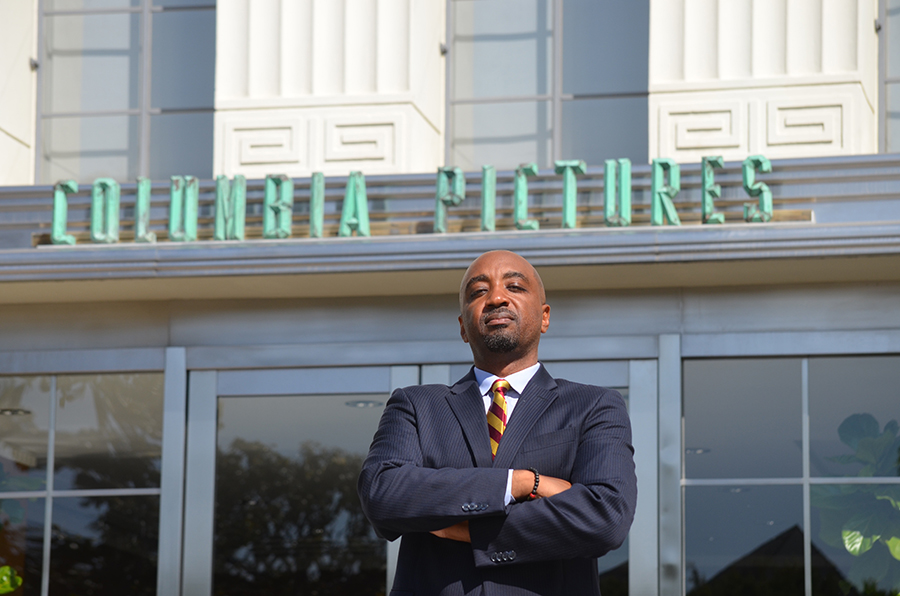 Technology is revolutionizing our lives, from how we interact daily to how we consume entertainment.  Industries such as film and television are heavily affected not just in front of the camera, but behind the scenes as well.  Sitting at the forefront of that change behind the scenes is Rashidi Jones, Executive Director of Film Finance and Strategy at Sony Pictures.

As the Executive Director, Jones evaluates the economic side of film, deciding whether it makes good business sense and is a good return on the studio’s investment.

Jones grew up in South Los Angeles, the product of hard working parents who gave him a strong work ethic and a sense of cultural responsibility.  Graduating from Dorsey High School, he went on to receive his B.S. in Engineering from USC and then went to work for a tech company before landing his first job in the entertainment industry.  It was a move that he credits with helping him understand how technology has evolved the industry and enabled him to better think through business decisions.  He went on to receive his M.B.A. from USC’s Marshall School of Business.

Now having been in the industry for over a decade, Jones sees how technology has disrupted the traditional model of studio business, lowering barriers to entry and creating new avenues of monetization for content creators.

“The distribution model has changed,” he says, “Entertainment is being inundated by tech, and it’s forcing the traditional mindset to rethink how you do business.”

New platforms such as Amazon, Hulu, NetFlix, and YouTube, are giving content creators more options than ever before to present their content on a global scale where just five years ago the only way to do so was through traditional distribution models.  It has created an atmosphere where content creators can create their own brand and that has true value.

“Value is predicated on global reach,” Jones says, using the example of the upcoming movie ‘Superfly’, where one of the executive producers is Future, a rap artist with a huge following.  While there are several contributing factors as to why Future producing this project made sense, his power in reach based on his following digitally is one of the main factors that helped give the project legs.

Technology has allowed for storytelling in mainstream media to become more diverse than ever.  Studios are able to follow trends in real time, being able to actually know as oppose to guess what their customers want to view.

“Everyone wants to see themselves on screen,” Jones says, noting that franchises like ‘The Fast and Furious’ and ‘Black Panther’ have confirmed that notion.  “It’s unfathomable to think that diverse casting would not kill at the box office given the global reach of Hip-Hop!  But from an innovative perspective, new digital platforms have helped prove the global demand for more diverse stories and casting.  I think this is great for the industry and great for the world.”