Senator Kamala Harris with actors Jurnee Smollett-Bell and Jussie Smollett. Members of Alpha Kappa Alpha Sorority, Inc. which Harris is a member of, are holding signs behind them. Photo by Jason Lewis

Photos from the Kingdom Day Parade, the Freedom Fest, and MLK Jr. Day Celebration at the California African American Museum. 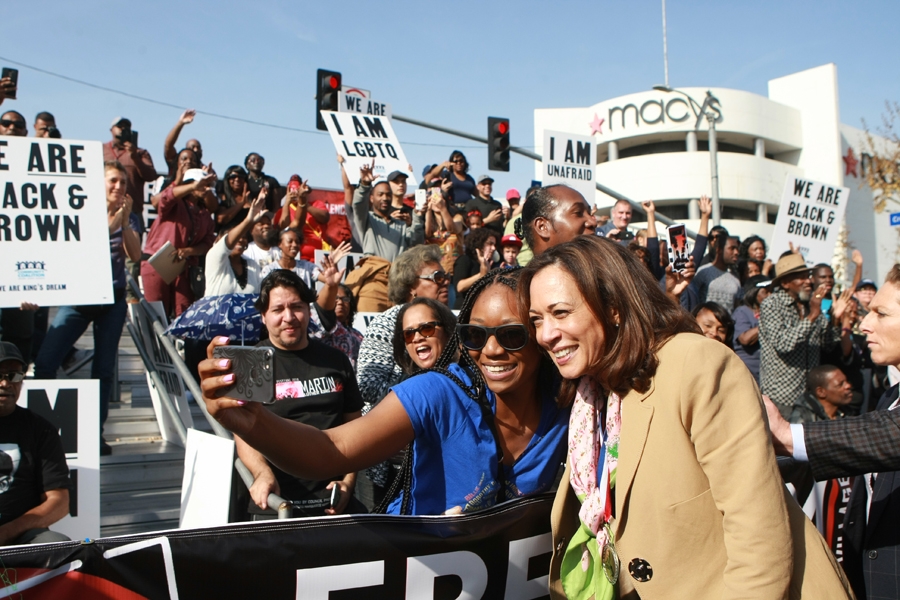 Senator Kamala Harris takes a photo with a community member.  Harris was the Grand Marshal of the parade, and she met with several people in the crowd.

Siblings Jurnee Smollett-Bell and Jussie Smollett.  The TIME’S UP shirts that they wore represents a unified call for change from women in entertainment for women everywhere.  TIME’S UP addresses the systemic inequality and injustice in the workplace that have kept underrepresented groups from reaching their full potential.

A member of the Louisiana to Los Angeles Organizing Committee. 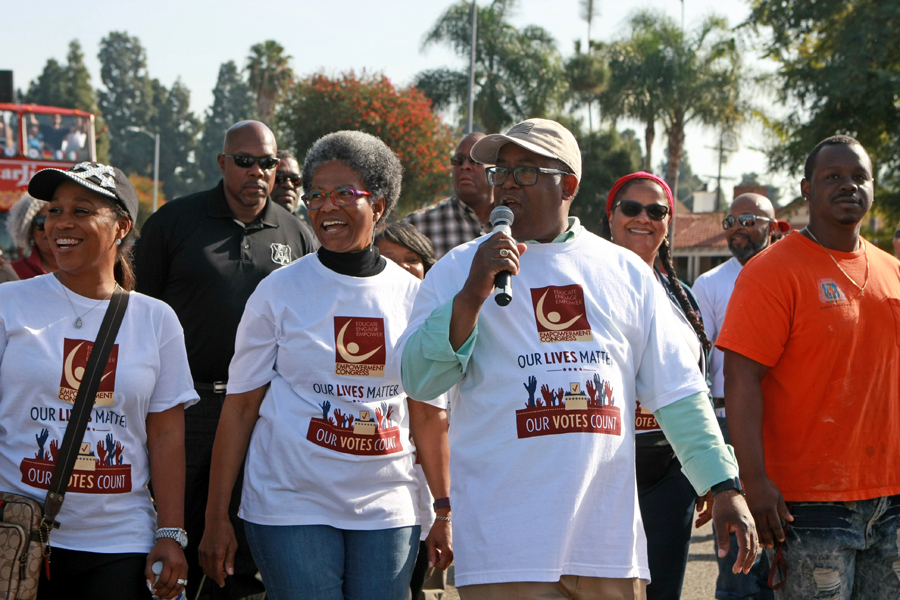 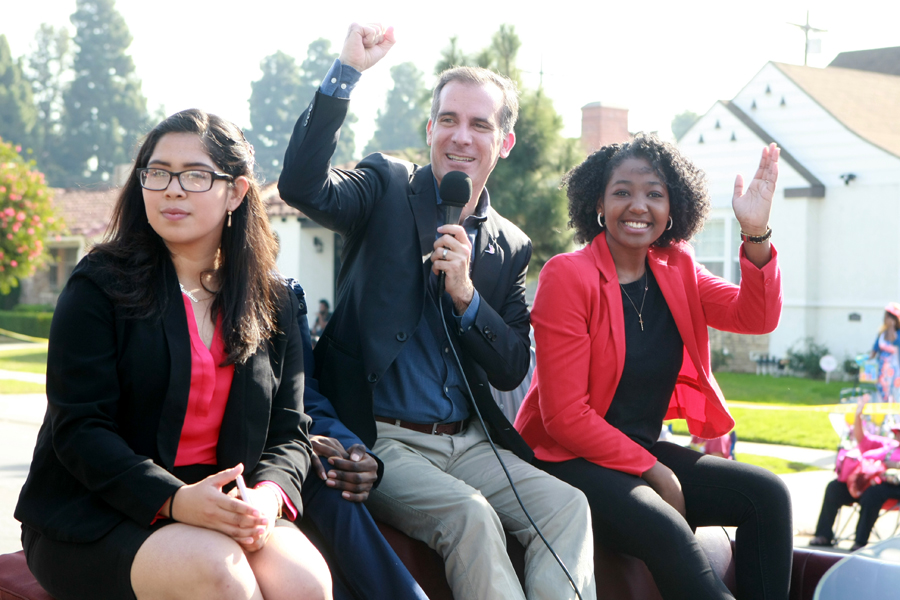 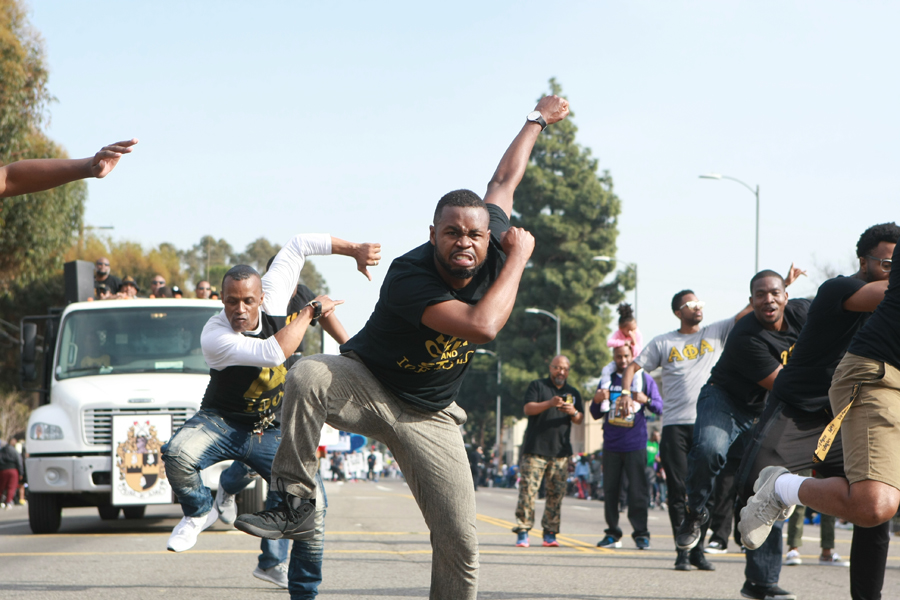 Members of Alpha Phi Alpha Fraternity Inc., which Dr. Martin Luther King Jr. was a member of, perform during the parade. 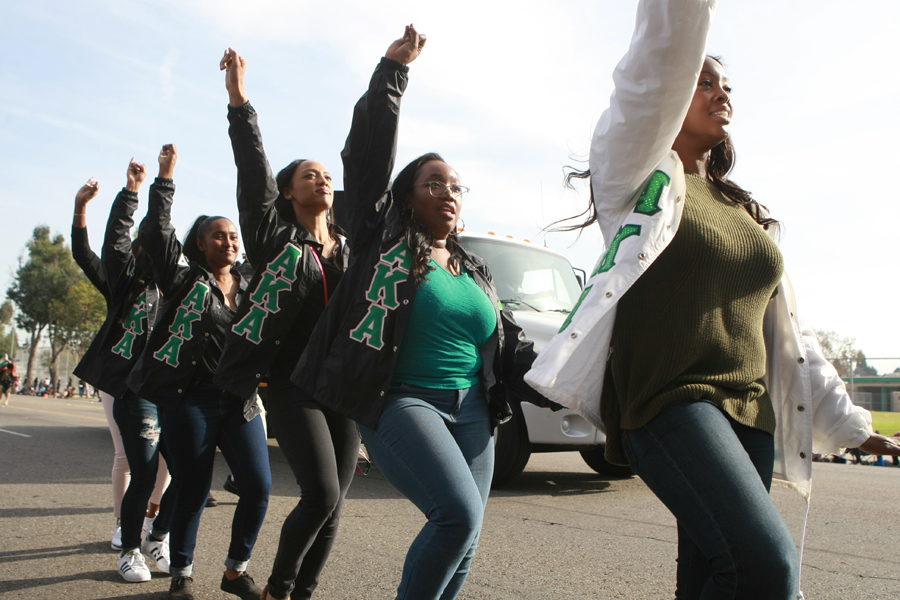 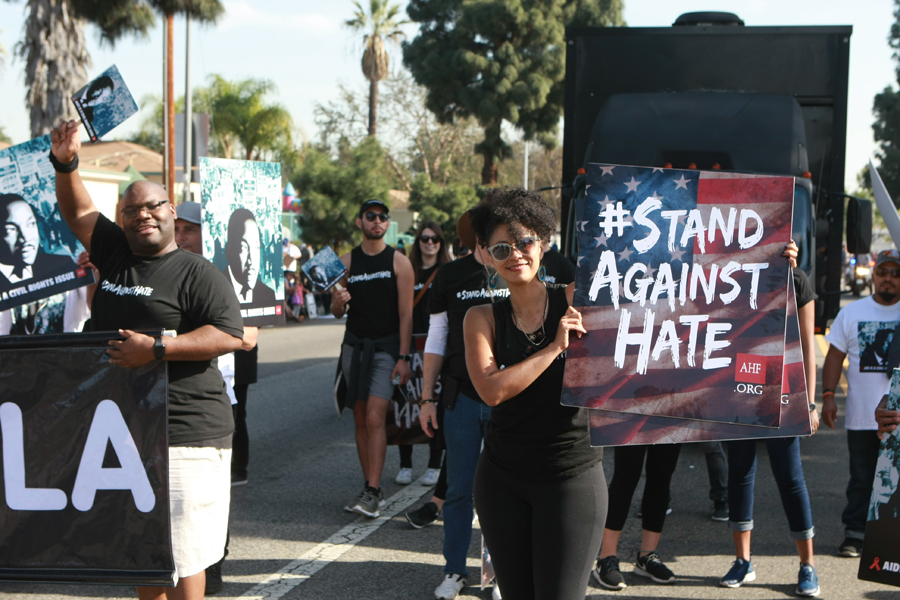 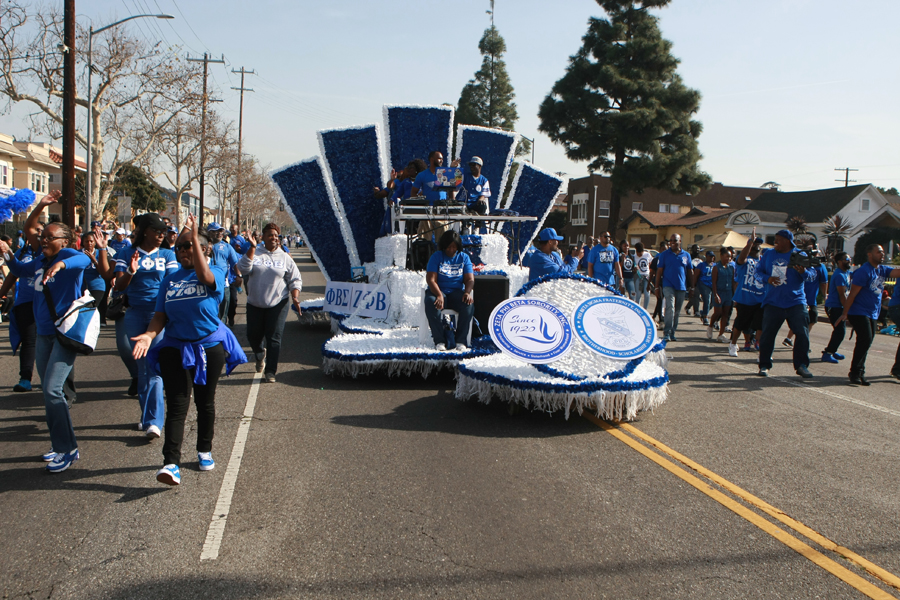 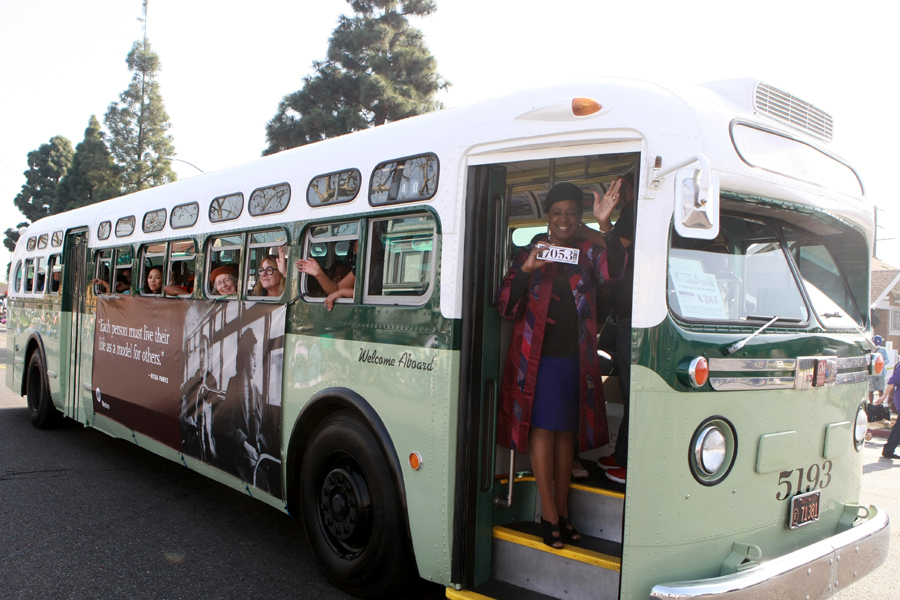 Los Angeles Metro' 1950s replica of the bus that Rosa Parks was on when she refused to give her seat up. 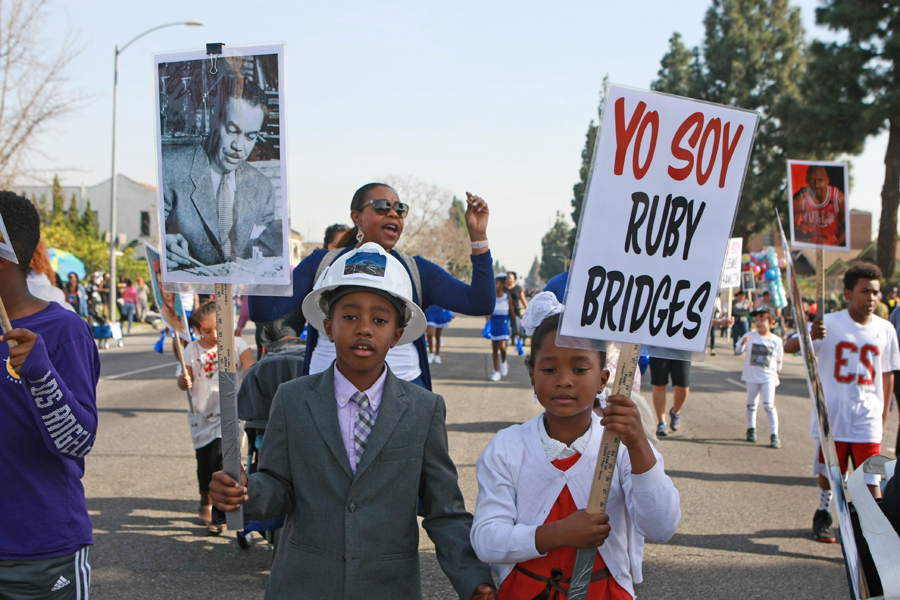 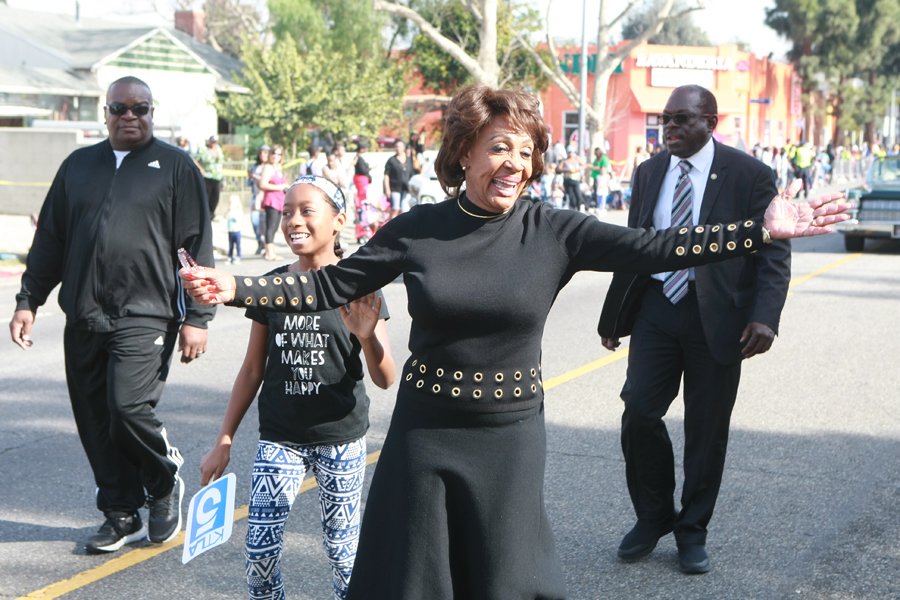 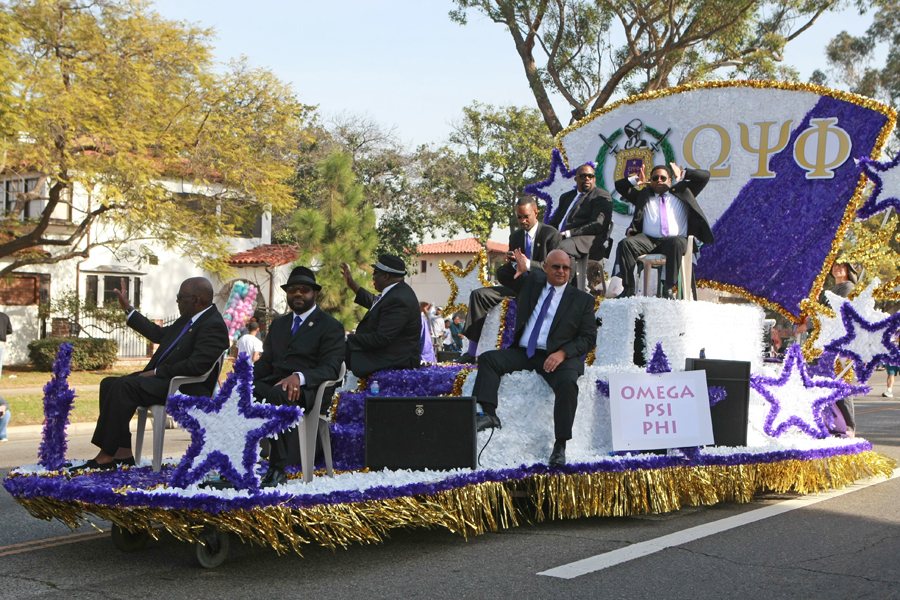 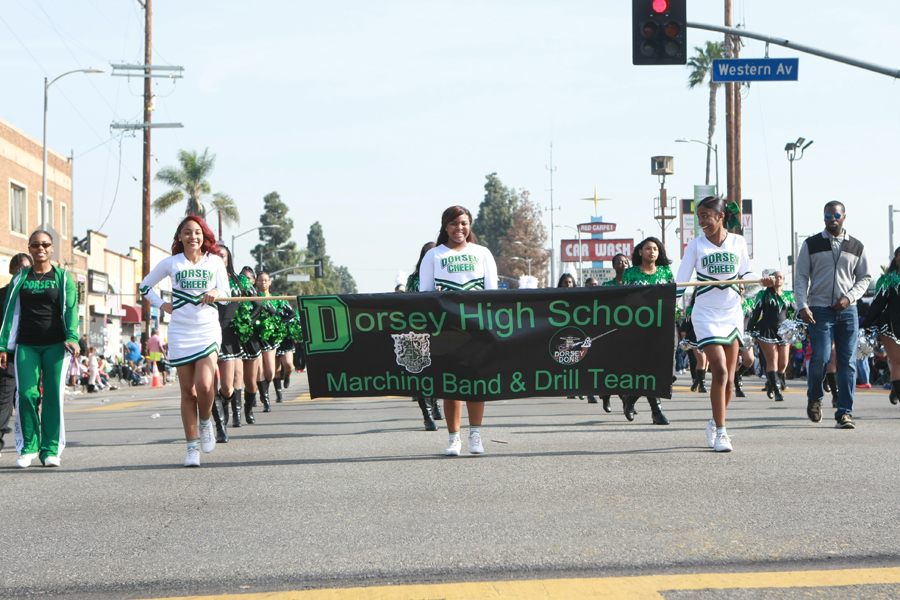 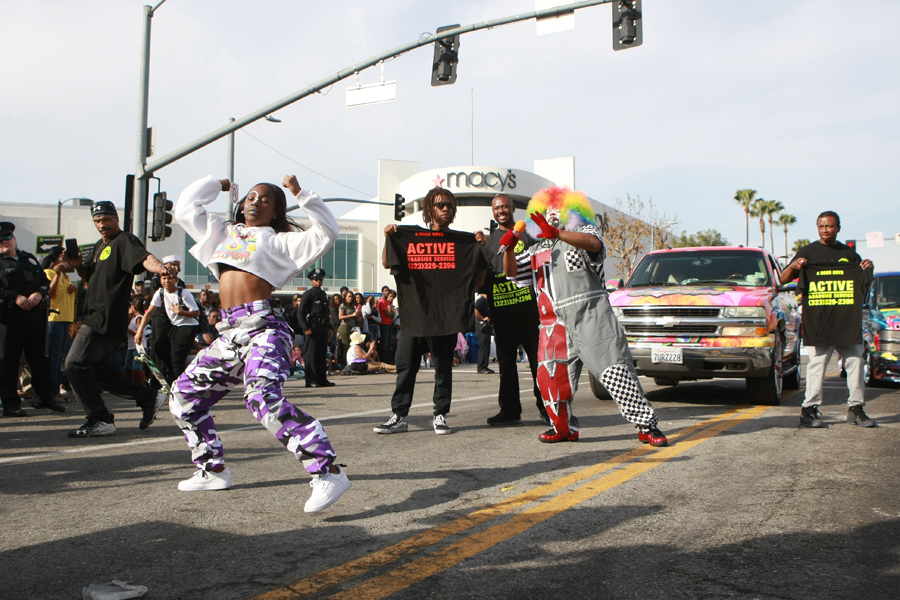 Tommy the Clown and a member of the Hip Hop Clowns perform in front of the Baldwin Hills Crenshaw Plaza. 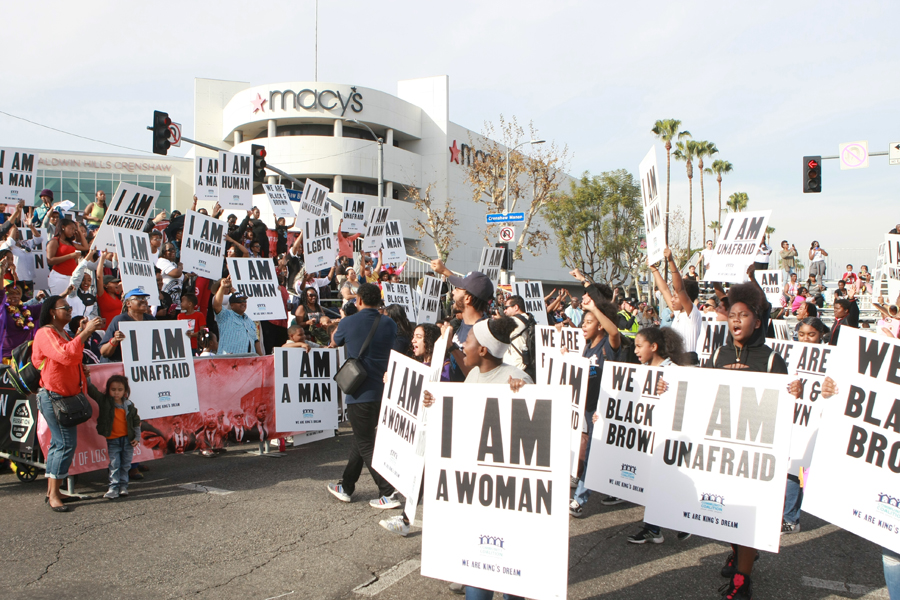 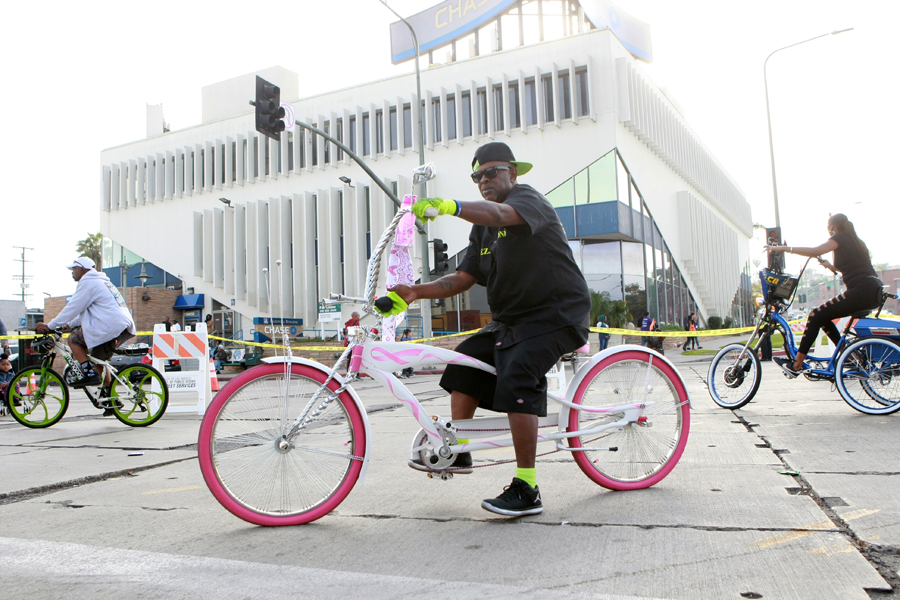 A local resident rides a custom bicycle at the end of the parade route. 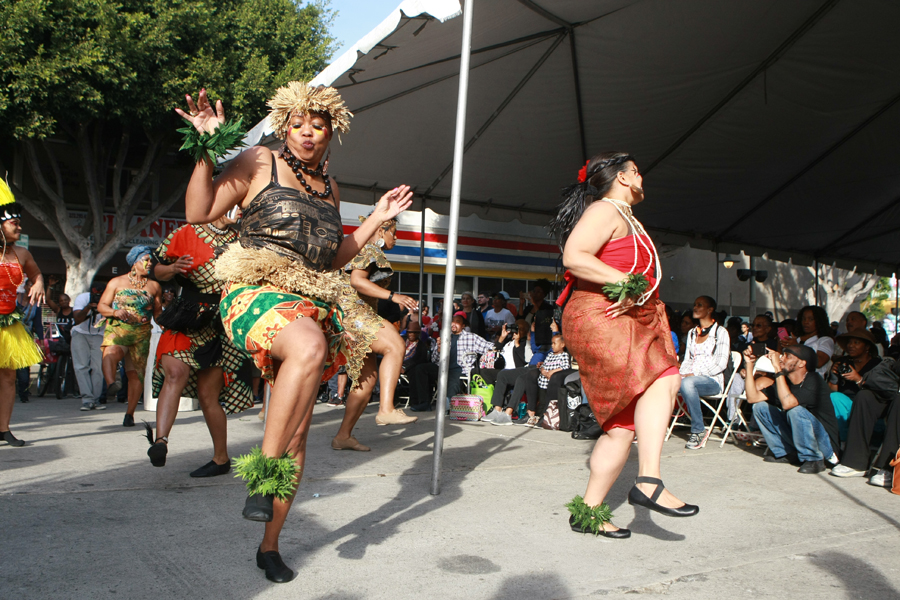 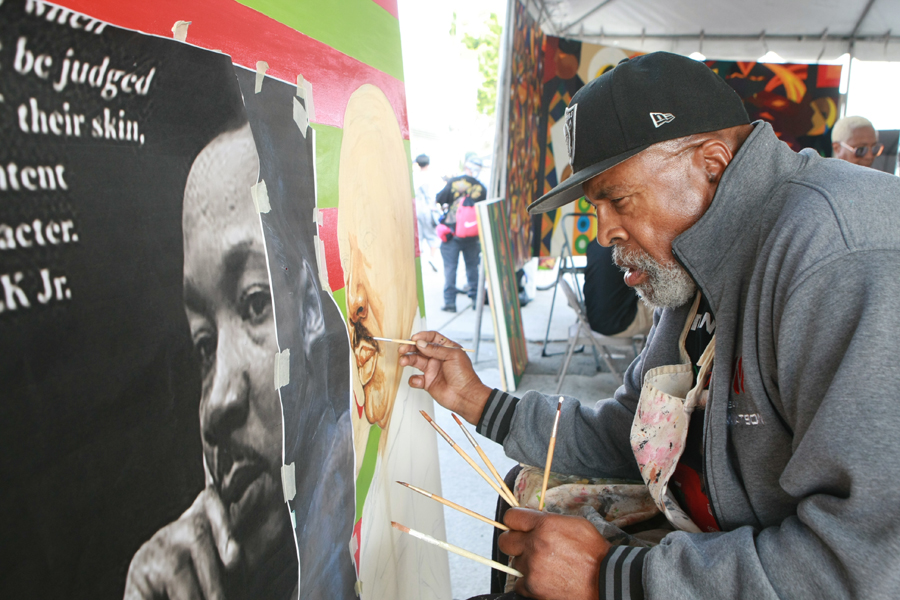 A child has her face painted at the Tommy the Clown booth. 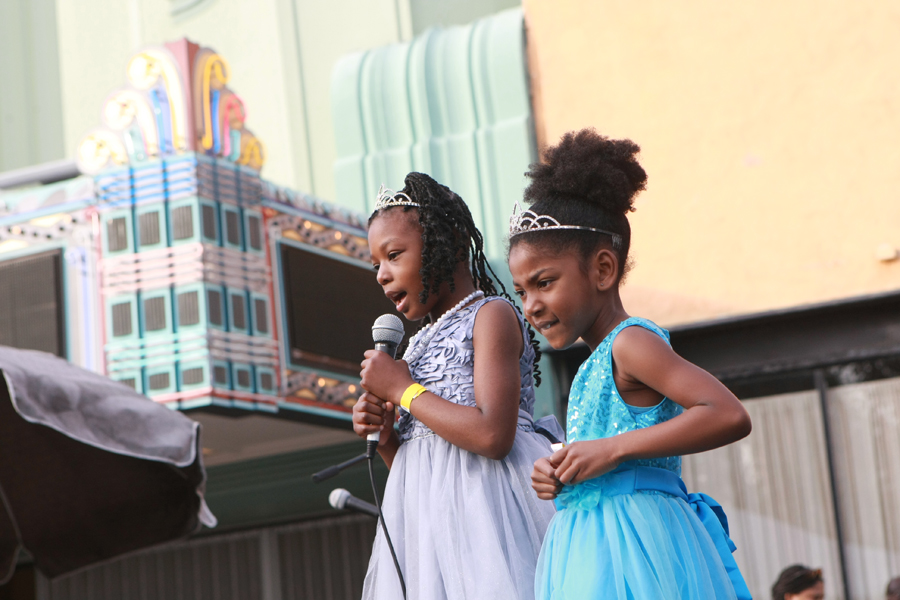 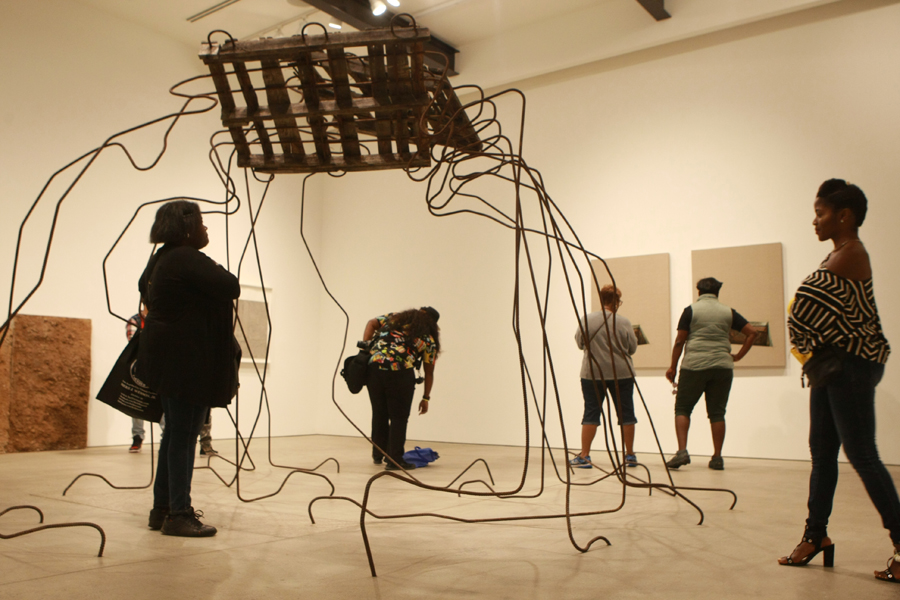 People stepped inside Art + Practice to see the current exhibit. 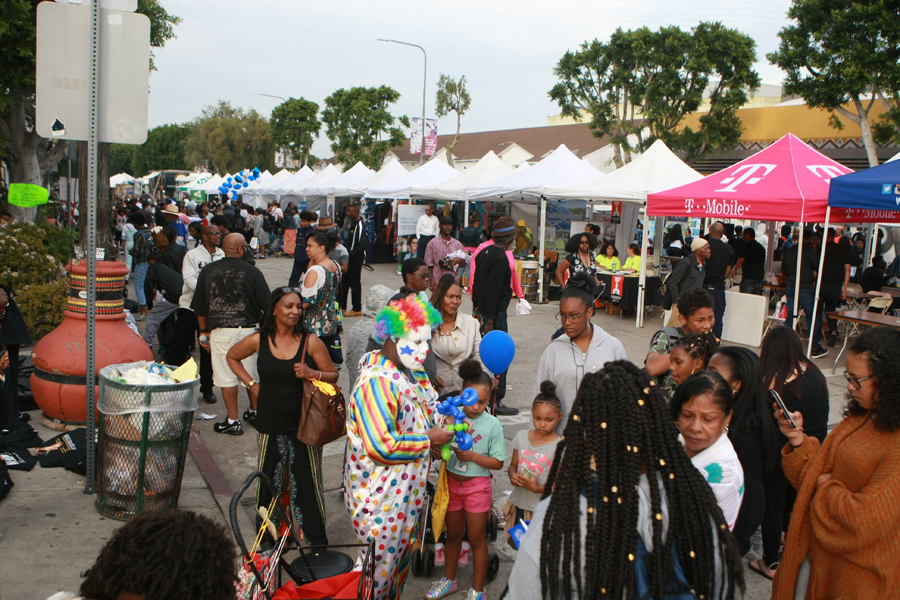 Degnan Avenue was packed during the festival.