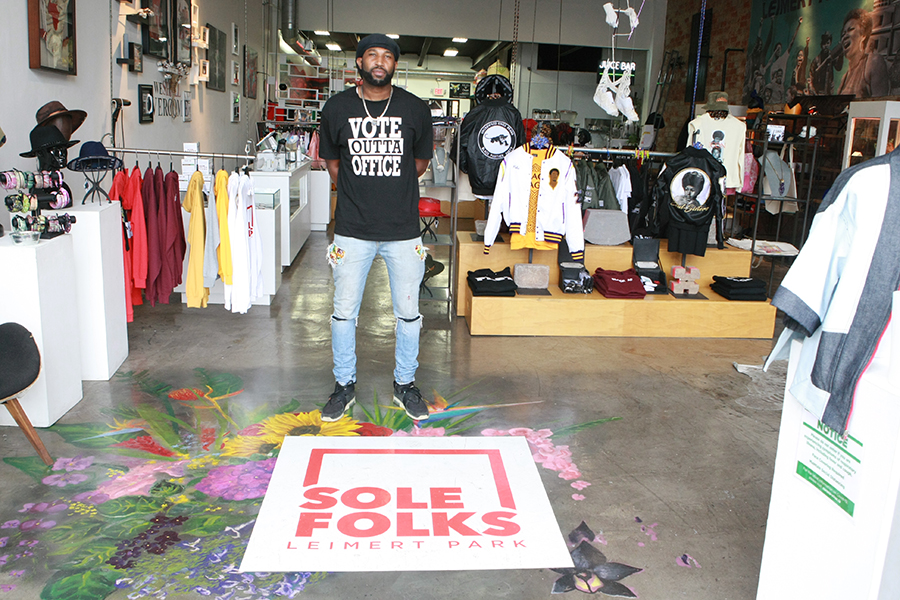 Leimert Park Village is known for Black music, art and culture.  But one thing that it has been missing was a hip, high-end retail store, like the shops along Melrose Avenue and other parts of Los Angeles.  Many people from South Los Angeles had to travel out of their neighborhood to get the latest sneakers, shirts, hats, and jackets.

Sole Folks is changing that.

“This is a really large Black community,” said Sole Folks co-founder Akil West.  “A lot of people around here have to go to West L.A., Santa Monica, Melrose, and other places like those to get something that meets their taste levels.  So to have something like this, it keeps the money in our community.”

West opened Sole Folks with co-founder Taz Arnold, an acclaimed designer.  They sell Afrocentric shirts, jackets, hats, jewelry, and other merchandise.  They have a lot of products that convey the message of Black pride.

“It’s high frequency Black merchandise,” West said.  “It’s all uplifting, powerful, and it will make you feel good and inspired.”

But Sole Folks is not just a retail store.  They are a retail co-op and business incubator.  Currently they feature products from 25-Black owned businesses from around the nation.

“These are people who would have been making money before COVID by going to festivals, concerts, and other places where they would sell their wears,” West said.  “But because of COVID, they were housing their wears in their living rooms and bedrooms because they couldn’t afford storage.  So I created a space where they can sell their products.”

“We teach them how to bring their products to market,” West said.  “We have a lot of mentors from different organizations.  I wanted to do something that would empower Black businesses and Black entrepreneurship.”

West’s original idea was to start a high-end sneakers store, which is where the name Sole Folks came from.

“A lot of these kids have to go to the other side of the 10 (Freeway) to get some shoes,” he said.  “So I wanted to have this space to force Nike, Adidas, New Balance and all these companies to give us the high end exclusive sneakers.  So that we could have the lines around the corner that’s going to generate business for our community as well.  They use our images and our cultures to develop their brand, but they don’t give anything back.”

“Before you spend another $200 on sneakers, let’s clean the ones you already have,” West said.  “Let’s save a little money.”

West views Sole Folks as a destination place, similar to Hot and Cool Cafe, which is a few stores down.  Both places feature events that bring people into Leimert Park Village.  The foot traffic helps the other businesses on Degnan Boulevard.

“When they come here, they’ll probably go to Ride On! Bike Co-Op, and they’re going to go to Hot & Cool Cafe or Ackee Bamboo (Jamaican Cuisine.),” he said.

Sole Folks hosts food giveaways, screenings of Black films, poetry readings, panel discussions, and other community events.  West is from the Leimert Park area and attended Audubon Middle School and Crenshaw High School and supporting his community is extremely important to him.

Sole Folks is located at 4317 Degnan Boulevard.  Visit their website at www.solefolks.com and follow them on social media. 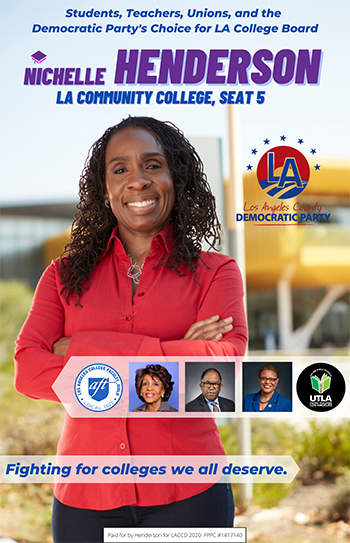