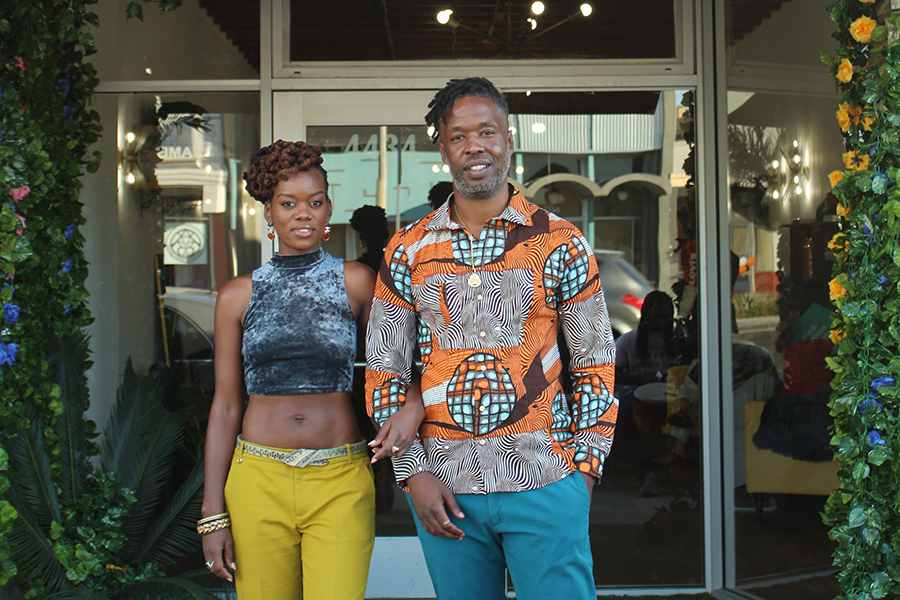 The salon has an Afro-centric environment while they create artistic hair designs.

View Park-Windsor Hills is now the home to one of the best loc salons in the nation.  Loc Lov, an award-winning hair salon specializing in natural hair care and elegant loc artistry, was named one of the top three loc salons in the country by Essence, and the magazine featured their Washington D.C. salon twice.

Loc Lov owner Salih Watts opened his second salon in South Los Angeles, on Slauson Avenue, just east of Overhill Drive.  The designs that are coming out of his salon are just as much art as they are hairstyles.

“Locs have become a thing that is more versatile than we’ve ever understood locs to be in the past,” he said.  “We’ve worn locs in braids, in ponytails, and just down.  But with the new generation and just stylistically overall, people are wanting looks that they’ve seen in the magazines.  So they want colors, they want cuts, and they want shapes.”

For several years the natural hair movement has become more popular as many Black people are choosing hairstyles that are more associated with African-American culture.

“We’ve made a shift in America towards natural hair, especially for Black women,” Watts said.  “That shift is happening everywhere, Los Angeles included.  Black men are also jumping on the bandwagon, getting into wearing longer and more natural hairstyles, instead of just cornrows and two-string twists, which we’ve done for years.”

Historically, many Black people have been discouraged from wearing natural hairstyles in the workplace, and in some cases they were denied employment.  But that should not be an issue any longer in California.

“California is the first state to implement a law that make it illegal for any job to discriminate against natural hair, including locs,” Watts said.  “It’s unfortunate that we’re in a space where a law has to be created around allowing Black people to wear their hair as it naturally is.  Now California is one of the safest places to be as it relates to hairstyles and feeling secure in going to work and not feeling like something is going to happen because of how you wear your hair.”

The decor in Loc Lov creates an Afro-centric environment that feels more like a cultural space, and Watts made it a point to open his shop in a Black neighborhood.

“I’m originally from Philadelphia, a very Black place historically,” he said.  “So this is what I am used to.  The spaces I feel most comfortable in have expressions of Blackness, especially when it comes to businesses.  And we’re a Black-owned business.  So I want people to feel comfortable.  I want people to feel like we are a part of the community and that we support the community.  The things that are connected to the community are also connected to us and are important to us.”

Loc Lov’s grand opening event in October of 2019 featured Black music and Black art, and the public has appreciated this salon’s presence in the community.

“People have been like, ‘This is so Black, I love it, I really appreciate that you all are here,’” Watts said.  “The response has been really amazing.” 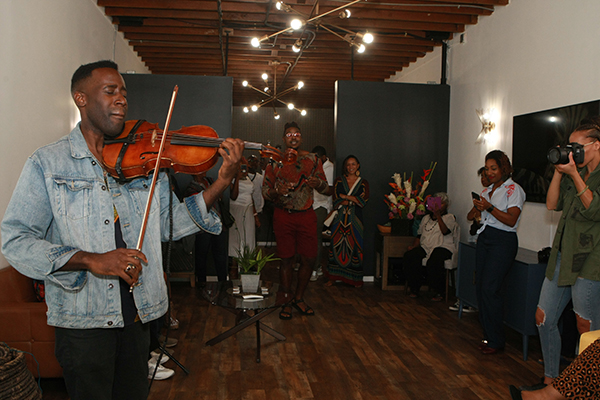 Loc Lov LA is open Tuesday through Sunday.  It is located at 4434 Slauson Avenue.  Visit their website at www.loclov.com and follow them on Instagram and Facebook.  Stay updated on community events that will be held at the salon.