Take a drive down one Mid City residential street, just a few blocks from Washington Blvd. and La Brea Ave., and one house will stand out from the rest.  That would be the home of landscaper Brent Green, owner of GreenArt Landscape Design.

Green’s use of plants has given his house what he calls ‘curb appeal.’

“You drive through a neighborhood and you say, ‘oh that’s a nice house,’” he said.  “Well, you’re just looking at the exterior.  Just the front.  You may never go into that house.  But the front is what makes you take notice of that house, and that’s why I think that the front is important.”

Going into Green’s backyard is like walking into an oasis in the middle of the city.  Tall and thick green hedges block out neighboring houses, exotic flowers add a wide range of colors, and fountains and wind chimes add peaceful and enchanted sounds.  He has lounge chairs, heat lamps and a hot tub to make the space more relaxing.  There is also a tree wrapped with twinkle lights.

While a lot of homeowners add on to the structure of their house to increase the square footage, Green turned his backyard into another room.

“A lot of my neighbors have expanded out, and put maybe a third bedroom in,” he said.  “I didn’t do that.  I privatized my backyard with hedges, and made this the biggest room in the house.  Our weather here in L.A. is perfect.  You have low humidity, low insects.  You can be outside year round.”

When Green purchased the home from an older lady who had owned the property for over 40 years, the only thing in the backyard was a clothes line.  From the looks of it, that may have been the only thing that the backyard was used for at the time.  It was a pretty bland space and there may not have been much of a reason to go back there.  Green dramatically changed that. 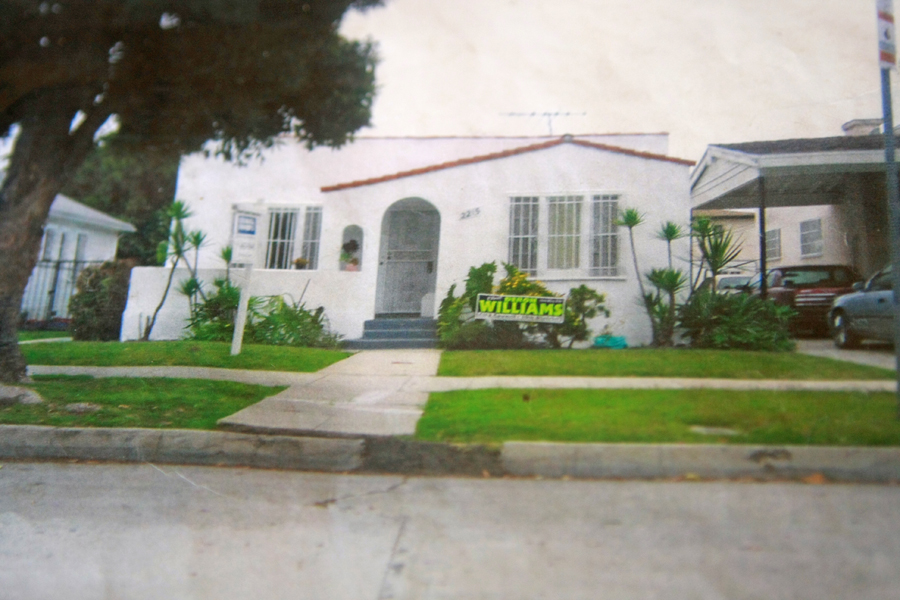 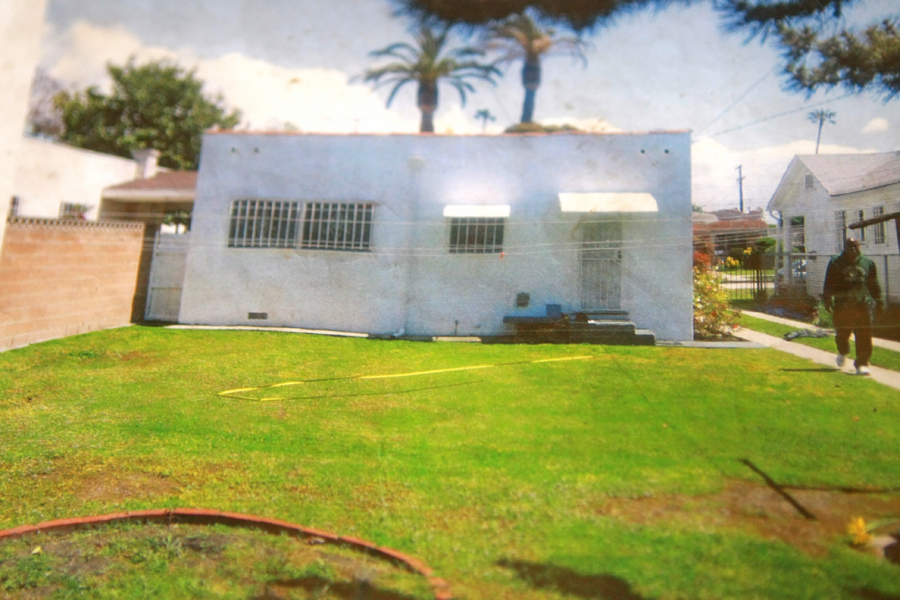 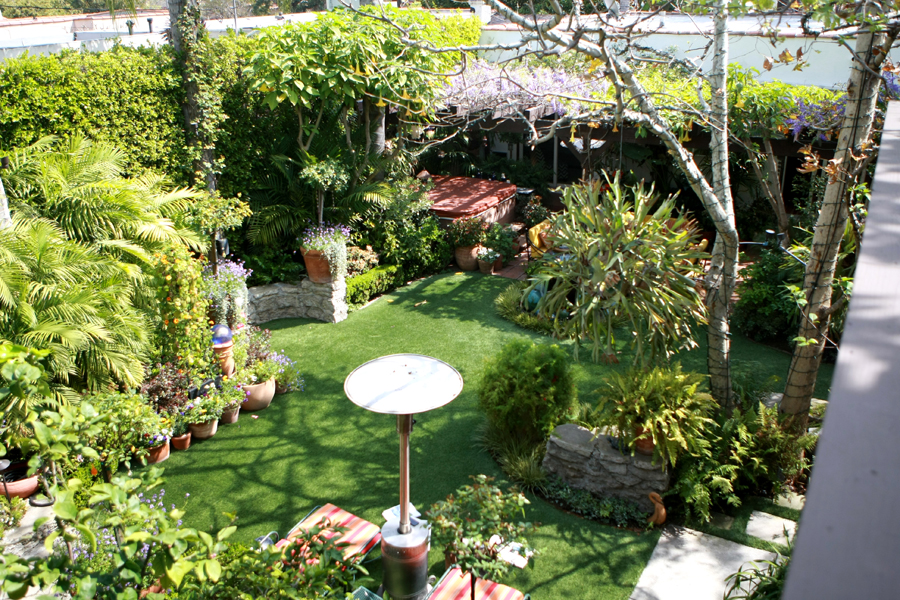 “I’m probably in the garden, not even kidding you, probably 60 percent of the time,” he said.  “I live back here.”

The landscaping that Green has done was not only for aesthetic purposes.  Many of the plants add security and provide privacy.  Many homeowners simply install a chain-linked fence to separate their property from their neighbor’s house.  Fences can look bland, and when Green purchased the property, his neighbor’s home was in clear view from Green’s backyard.

The hedges wall off Green’s backyard from his neighbors on both sides, and the alley behind his backyard.  He said that the hedges are so thick that an intruder could not get through the barrier.  One of his neighbors has a generator, but the thick hedges muffles the sound, so Green barely notices it.  The running water from the fountain and the wind chimes also drown out the sounds from the surrounding areas.

Landscaping is a form of art, and Green uses plants to create livable masterpieces.

“Plants can do a lot of things,” he said.  “The wonderful thing about planting here in Los Angeles is that our plant palate is from all over the world.  Very few of what you see growing here is native to L.A.  Some of the plants are from Australia, Brazil, South Africa, and Mexico.  Our palate is so rich, that me as a landscape designer, I can come up with many combinations of things.”

Green grew up in Leimert Park, and his love for plants started at an early age.  He started working in his mother’s garden when he was about six years old, and he would spend his allowance money on plants from Fugi Nursery, which was located near Slauson Ave. and West Blvd.

Green thought that he would follow in his father’s footstep by obtaining a law degree, but his father, who is a judge, gave him some advice on what career path he should take.

“He said, ‘well why wouldn’t you do gardening for your career,’” Green said.  “I said that we have a gardner, and he comes in this beat up truck, and he looks like he’s struggling, and I don’t know if I want to do that.  My father was like, ‘well son, that’s just one aspect of it.  You go to Disneyland, you go to the race track, you go anywhere, all those grounds, somebody laid out.  A landscape designer or a landscape architect laid that out.”

Green attended college at Cal Poly San Luis Obispo, where he majored in horticulture, which is the art of garden cultivation and management.  When he came home for the summers, he worked for a landscaping firm in Malibu, which helped launch his career as he completed college.

“When I graduated, I had a business,” he said.  “A lot of my parents’ friends had seen my work at my parents’ house, and they wanted me to do their yard.  I had all the black judges in Windsor Hills, View Park, and Lafayette Square.”

At that point, GreenArt Landscape Design was born.  Over the course of his career he has worked at the homes of celebrities, such as Lionel Riche, Nia Long, and Ozzy Osbourne.  While his company has done work in many multi-million dollar homes, he has done a lot of work in his own communities.

“I do a lot of the Westside mansions that you expect to have great landscaping,” he said.  “That’s what they pay millions of dollars for.  But there is a misconception that if you live in a smaller residence in the middle of the city, you’re not supposed to have it.  But quite the contrary.  I think you need it more because it cuts down on the heat factor and it cuts down on the sound factor.  Our houses are right on top of each other.”

Green also points out that the property values of the homes that he has worked on have risen dramatically.