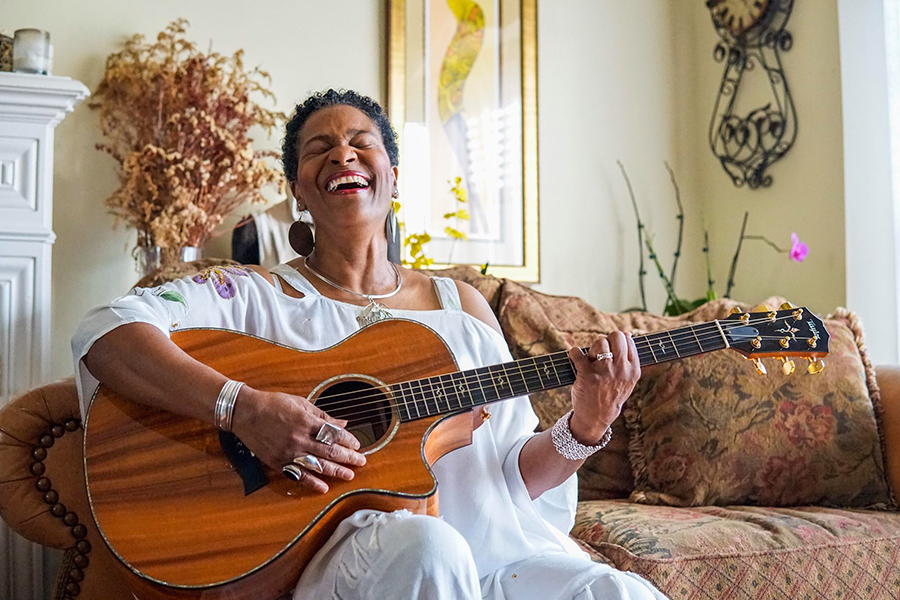 Brown’s musical career has been greatly influenced by her upbringing in South Los Angeles.

Sheree Brown has been creating songs that massages the heart and are wrapped in inspiration; that are about the miracle of love; and that speak to social justice since she was a child growing up in South Los Angeles.  The former Capitol Records singer, songwriter, and producer is currently promoting her new book and album, “Messages from the Spirit… The Collective.”

The book and musical album are dedicated to young adult women who tell their life challenging stories.  It includes encouraging messages to all and music designed to uplift the spirit and touch one’s heart.

Brown began her career as an R&B and pop recording artist in the early 1980s, and she is very proud of her latest work.

“I feel like this is the best project that I’ve done since my Capitol days; since my first album,” she said.

Brown teamed with Grammy-nominated singer/songwriter/composer Patrice Rushen on eight of the songs on this current album.

Brown’s musical talents fit into a few genres, including R&B and jazz.  Many people hear her music today and think of Neo-soul, which is a phrase that did not exist when her professional career began.  Songs that she co-wrote with Rushen years ago have been sampled for Zhane’s “Groove Thing” and Kirk Franklin’s “Looking for You.”

“The interesting thing, when I was recording at Capitol, I was really before my time,” Brown said.  “Because there are young folks that are just discovering my Capitol music.  It’s current to them, but it’s 40 years old.”

Browns’ interest in music started when she was about four years old, and in her early days, she was mostly self taught as she had a natural talent.

At 10 years old, Brown received her first guitar, and she learned how to play it from a music book.  Not long after that she started to write her own music

“I found joy in creating my own songs and performing them as opposed to learning somebody else’s songs,” she said.  “I would write about love, and joy, and positive things because I felt there was so much negative stuff happening.”

Brown grew up near Foshay Learning Center, and she attended St. Mary’s Academy in Inglewood.

“I would take my guitar to school everyday and play during all of the breaks,” she said.  “All of my peers would gather around and listen to my songs.  I would spend the time at home at night writing music.  And then I’d get up early in the morning and do my homework before I went to school.  I would go to school to play my new songs.  So I had an audience early on.”

Brown comes from a large family, so she would play her music at every family event.  She also participated in local talent shows.

One of Browns’ stomping grounds for years has been Leimert Park, where she met Stevie Wonder, and members of Earth, Wind & Fire.  She was mentored by Alexander Thomas, who was an original horn player of the band.  The musical influences in Leimert Park greatly inspired the early stages of her development.

“It was just that community and people just coming together supporting each other in the midst of challenges within the community,” she said.

Over the years Brown has been a regular in Leimert Park and in South Los Angeles, as she has mentored young musicians in the community.  On her new project, she’s working with many local musicians that she has performed with throughout her career.

“The thing that’s so exciting about this new project is that it’s a collaboration of me working with my seasoned folks; my friends who I have been involved with in the music business for years, and I’m also working with some younger artists,” she said.