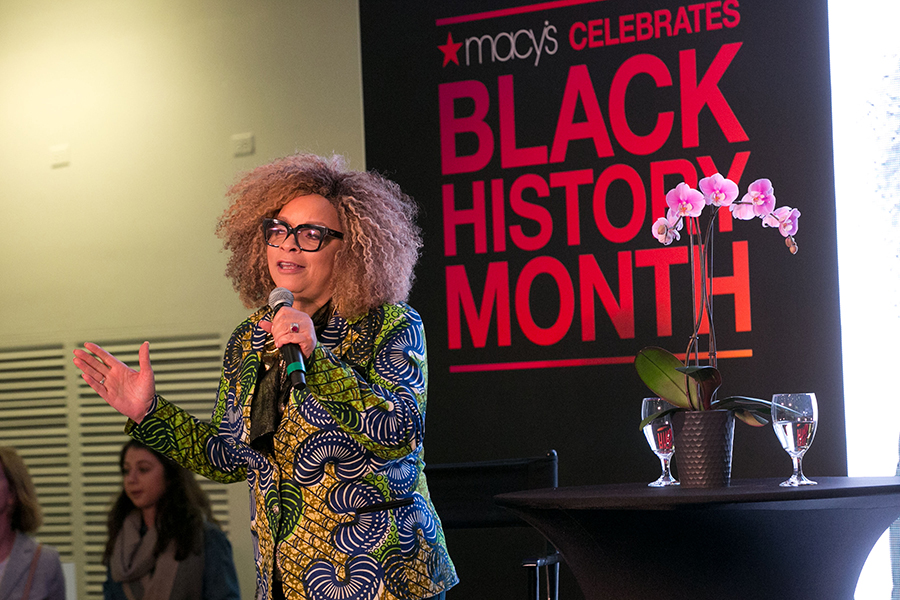 Carter discusses her career as a costume designer, and she has advice for people who are looking to break into the film industry.

Best Supporting Actress went to Regina King for her role in “If Beale Street Could Talk,” Best Supporting Actor went to Mahershala Ali for his role in “Green Book,” Best Animated Feature went to Peter Ramsey for “Spider-Man: Into the Spider-Verse,” and Best Adapted Screenplay went to Spike Lee for “BlacKkKlansman.”

A week before the Academy Awards, South Los Angeles residents were able to sit down and be a part of a conversation with Carter, who has ties to the community. 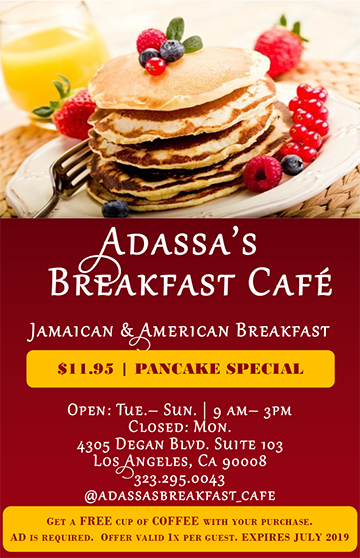 In honor of Black History Month, Macy’s hosted a conversation with Carter at the Baldwin Hills Crenshaw Plaza.  The famed costume designer spoke about her career, her approach to her craft, the film industry, and the smash hit “Black Panther.”

Carter’s journey into the film industry took a few twists and turns before she became a costume designer.  She’s from Springfield, Massachusetts, where she took a liking to art as a child.

“In junior high school, during Black History Month, I remember drawing a picture of Mary McCleod Bethune (civil and women’s rights leader), and my teacher putting it up on the bulletin board,” she said.  “I was very proud to see that pencil drawing of her.”

That skill would come in handy at the beginning stages of Carter’s career as a costume designer, but that was not her original plan when she got to Hampton University, a Historically Black College and University.  She had plans of becoming a special education teacher, but she found herself spending a lot of time in the theater.

“I eventually changed my major to theater arts, and I wanted to be a performer or an actress,” she said.  “I auditioned for plays.  I was Beneatha in ‘Raisin in the Sun,’ and I was Alberta in ‘Sty of the Blind Pig.’  I enjoyed it, but one audition that I tried out for, I didn’t make the show, and the instructor who was directing the play asked me if I wanted to do the costumes.” 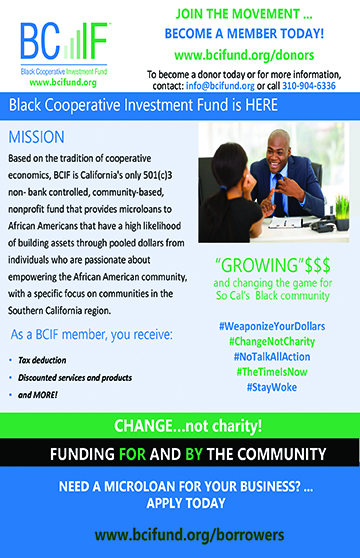 While one door had closed on Carter, the door that led into costume design was wide open, and she walked right in.  She learned how to sew as a child, and costume design allowed her to express her artistic abilities, so she created all of the costumes for the production.

There was no field of study for costume design at the university, so Carter created it on her own.  She went to the library and studied the costume design books.  She saw illustrations of costumes, which prompted her to use her drawing abilities to create her own designs.

After graduating with a degree in theater arts, Carter did internships at Center Stage in her home town, and then at the Santa Fe Opera in New Mexico.  She then made the move to the Los Angeles area, moving in with relatives in Carson.  She got a job at the Los Angeles Theater Center as a dresser, and she talked her way into being the costume shop foreman.  She was an assistant designer when she came into contact with the Lula Washington Dance Theater.  She offered her services as a costume designer, which led to her introduction with Spike Lee.

“Spike was very little known,” she said.  “He hadn’t shown ‘She’s Gotta Have It’ yet to anyone.  So he talked to me about getting experience in film by going to the colleges and volunteering in a student thesis project in the film studies departments.”

Carter took Lee’s advice and started working on student films on the weekends.  That door led to her career in the film industry.

“That was the first time that I heard ‘cut’ and ‘rolling’ and ‘quiet on set,’” she said.

Not too long after that Lee asked her to work on “School Daze,” which led her to working out of Lee’s office in Brooklyn.  Since then, Carter’s has worked on more than 40 films, including “Do the Right Thing,” “The Five Heartbeats,” “Malcolm X,” “What’s Love Got to Do with It,” “Rosewood,” “Amistad,” “Love & Basketball,” “Baby Boy,” “The Butler,” “Selma,” “Chi-Raq,” and “Black Panther.”

Carter’s career has taken her all over the world, and she has formed personal relationships with Hollywood’s biggest Black stars, all while following her artistic passions.

“I’d say that the most exciting part of my career is that every job is different,” she said.  “Every story is different.  It might be shot in New Orleans or Atlanta.  I have done movies where they’ve sent me to Italy and London.  I’ve gone to Africa.  I’ve shot in the desert; I’ve shot at the Pyramids; I’ve gone into the basements of the opera houses in Italy and looked for period costumes.  I’ve been able to see and do a lot of things with this career.  Costume design is such an exploratory profession.  I’ve been able to meet some of the most incredible people and ask them about themselves.  I’ve met and talked with Tina Turner and Dr. Betty Shabazz.  I worked with Ossie Davis and Ruby Dee.  I dressed Robin Williams and sat with Oprah Winfrey.  The opportunity to collaborate with these great people and these highly artistic people is an honor.”

When Carter started her career, she had to blaze her own trails.

“I really tried to find people who looked like me,” she said.  “Where’s my tribe?  But there wasn’t one.”

There were not very many Black mentors in her specific field, but there were artists that Carter inspired to be as good as, so she studied their work.  She passes the knowledge that she acquired down to upcoming Black costume designers.

“Through that, I was able to mentor and bring other people in behind me to create a community,” she said.  “I believe that I have had a stake in building that as well as there began to be a surgence of independent Black films, which allowed for other people of color in custom design to take a stab at it.”

In past years, many people broke into the film industry through independent films, but with the industry changing, Carter gives younger people similar advice that she received from Lee at the beginning stages of her career.

“Independent films aren’t so low budget anymore,” she said.  “The stakes are higher.  You look at a film like “Moonlight” that wins Best Picture and it was relatively small in its origin.  So there are people who are vying for the position of costume designers even on independent films.  I used to tell young designers to look for the independent films, but it’s hard to get on them now.  I feel that some of the same advice that I was given to from Spike can still be true.  To find a student film that is looking for volunteers.  And don’t expect to be the designer.  Work on many aspects of costume design.”

Carter also pointed out that the local colleges and universities have programs, courses, and events that are open to the public.