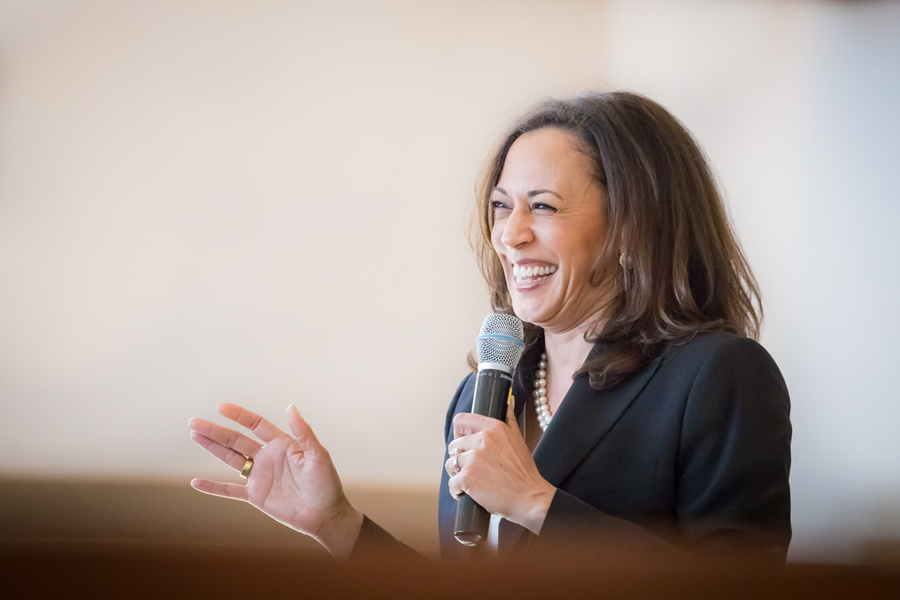 In honor of African-American Music Appreciation Month, U.S. Senator Kamala D. Harris released a Spotify playlist today comprised of some of her favorite African-American artists that encompass a wide range of genres including rhythm and blues, jazz, gospel, hip-hop, rap, soul, pop, reggae, and funk. This month recognizes that American music and African-American music are inextricably linked, reflecting the diversity of the American cultural experience.

“Our nation has an indelible soundtrack, songs that have become anthems recognized across the world. Much of that soundtrack is inspired and informed by the vast contributions of African-American artists in jazz, R&B, rap, hip-hop, and beyond,” said Senator Harris. “No matter where you are from or what you look like, music is a bond that can bring us all together. To celebrate African-American music is to dance, sing, and even march to the rhythms that have long served as vehicles for honesty, inspiration, struggle, success and joy.”

2017 is an exciting year in African-American music, both for reflection upon past achievements and new additions to the community. This playlist features nearly 50 songs including some of the young talent innovating the next generation of music such as Chance the Rapper, Kendrick Lamar, and SZA, in addition to those who paved the way like Aretha Franklin, Marvin Gaye, Stevie Wonder, Tina Turner, and so many others. Senator Harris’ list will continue to expand until the month comes to a close.

“Check the Rhime” by A Tribe Called Quest
“Juicy” by The Notorious B.I.G.
“Everything is Everything” by Lauryn Hill
“Redbone” by Childish Gambino
“Rise Up” by Andra Day
“Groove Me” by King Floyd
“Happy” by Pharrell
“California Love” by 2Pac feat. Dr. Dre
“Dirt Off Your Shoulder” by Jay-Z
“Super Bass” by Nicki Minaj
“What’s Going On?” by Marvin Gaye
“Love on Top” by Beyoncé
“ABC” by The Jackson 5
“My Shot (The Hamilton Mixtape)” by The Roots, Busta Rhymes, and Joel Ortiz
“Have a Talk with God” by Stevie Wonder
“Sinnerman” by Nina Simone
“Kiss” by Prince
“Everybody Loves the Sunshine” by Roy Ayers
“All We Got” by Chance the Rapper feat. Kanye Westand Chicago Children’s Choir
“I’ll Take You There” by The Staple Singers
“Bam Bam” by Sister Nancy
“Tightrope” by Janelle Monae
“Humble” by Kendrick Lamar
“Tambourine” by Eve
“T-Shirt” by Migos
“Choices” by E-40
“Word Up” by Cameo
“Try Again” by Aaliyah
“On & On” by Erykah Badu
“Pretty Little Birds” by SZA
“If I Ever Fall in Love” by Shai
“End of the Road” by Boyz II Men
“Think” by Aretha Franklin
“Video” by India Arie
“In Common” by Alicia Keys
“Smooth Sailin’ by Leon Bridges
“Cold Sweat” by James Brown
“Body and Soul” by Billie Holiday
“Let’s Stay Together” by Al Green
“Waterfalls” by TLC
“Be Without You” by Mary J. Blige
“What’s Love Got to Do with It” by Tina Turner
“Bambi” by Jidenna
“Dis Generation” by A Tribe Called Quest
“Hit the Road Jack” by Ray Charles
“Marching into The Dark” by John Legend