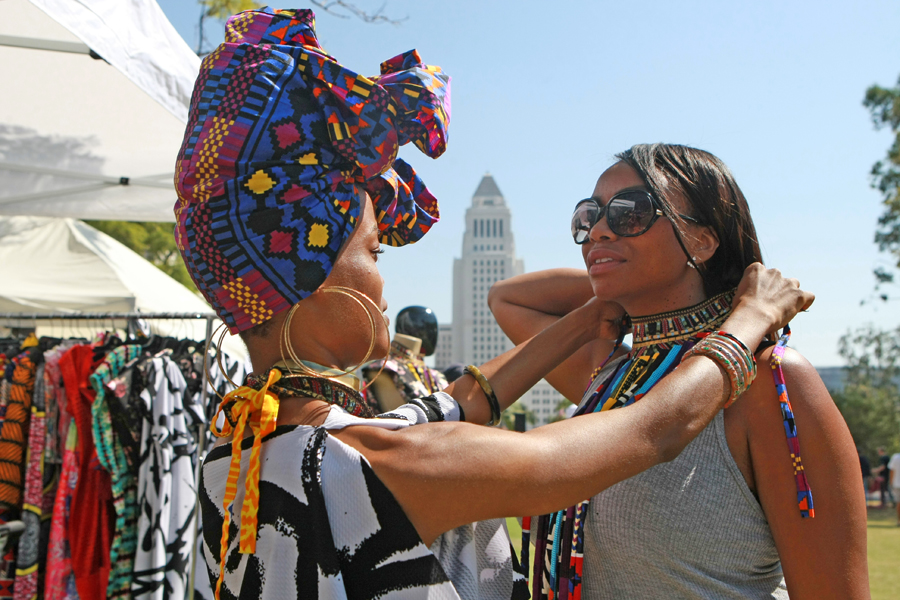 Making the subject larger in the frame can lead to better images.

One simple way that I was introduced to the concept of filling up the frame was when I was shooting action photos for little league baseball about 20 years ago.  Before the game, during warm ups, the coach would hit each player the ball.  The player would catch it and throw it to a certain base.  We would shoot that because it was difficult to get those action shots during the game.  The parents would buy those photos.  When shooting the infielders, we’d stand in the infield, shooting with a  300mm or a 400mm lens.  With that lens, the infielders would fill up the frame nicely.  They would be large on the photo.  Then the coach would hit the ball to the outfielders.  If I would continue standing in the infield to shoot the outfielders, they would be extremely small in the picture because they would be so far away.  A parent wouldn’t want to buy that, and they would be pretty annoyed that other kids had good pictures where they filled up the frame, but in their child’s photos, the kid was small in the photo.  There would be a lot of wasted space.  So, when the outfields had their turn to field the ball, we’d would walk out into the outfield, and shoot them so that they also filled up the frame.

When shooting people, filling up the frame typically means that the person is as tall as the image.  If it’s a full or wide shot (head to toe), there shouldn’t be a lot of space above the person’s head or below their feet.  A medium shot is typically midsection up.  There should be some space, but not much, above the person’s head.  With a close up shot, which is typically a head shot, it’s okay for the very top of their head to be cut off by the frame.

When shooting objects, the objects should take up a rather large percentage of the image so that there is not much wasted space.  The viewer’s eyes are typically led to the largest object in the image.  If the object is small in the frame, the viewer can easily be distracted by objects in the negative space. 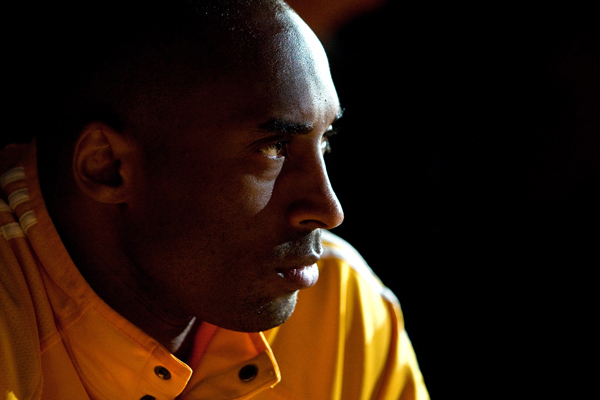 In this photo by Jeff Lewis, Kobe Bryant fills up the bulk of the frame.  Since it's a close up, it's okay to have the frame cut off the top of his head. 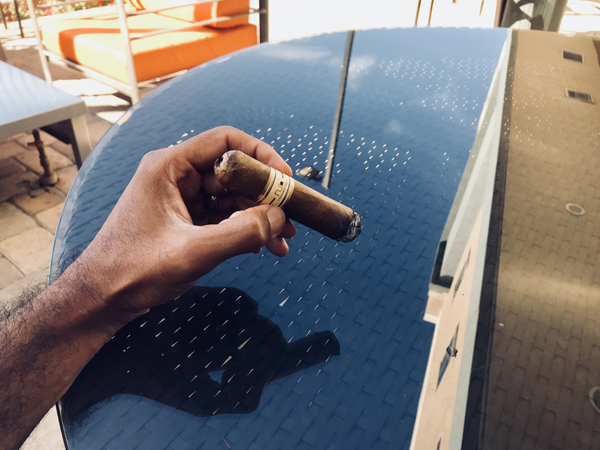 The subject of this photo is the cigar. But it's pretty small in the frame, leading the viewer to look elsewhere.    Also, there is not much detail in the cigar. 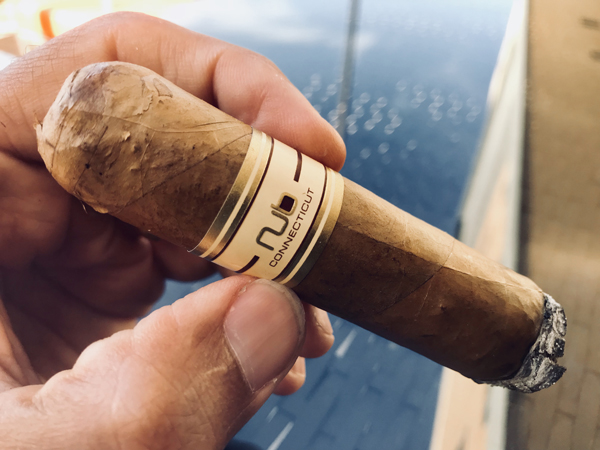 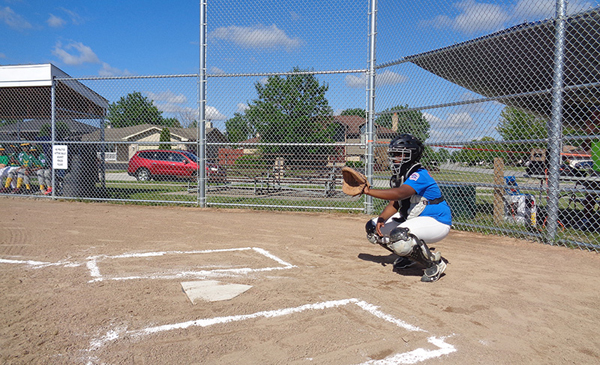 The catcher is the subject, but he's not taking up much of the frame.  The viewer will notice the red mini-van and the players in the dugout.  The viewer cannot make out the features in his face. 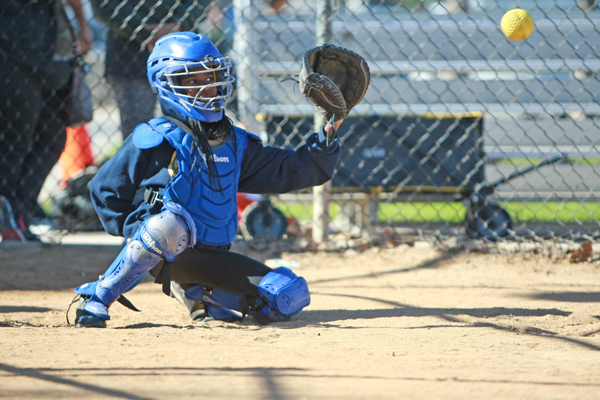 This catcher at Baldwin Hills FastPitch Softball fills the frame much better.  There's not much in the background that's distracting, and you can see her eyes watching the ball. 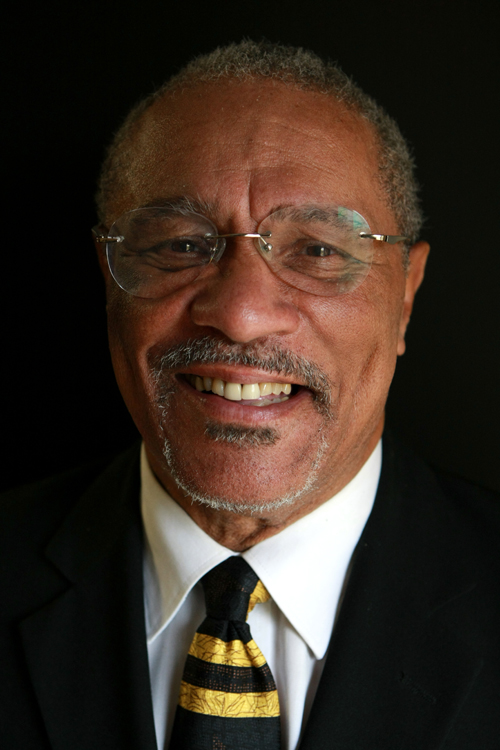 The subject takes up nearly the entire frame in this vertical picture. 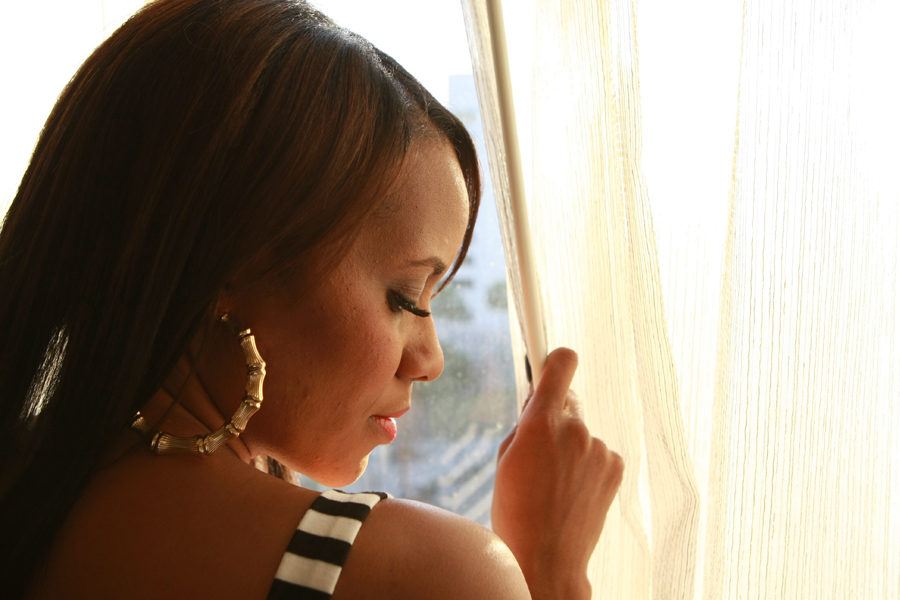 In this horizontal photo, the subject is as tall as the frame. 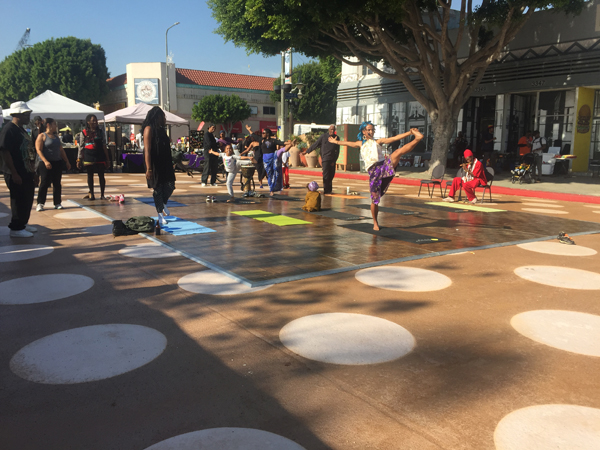 In this photo in the Leimert Park Village, there is a lot to look at, but the subject appears to be the performers.  But they are very small in the frame.  Viewers will easily look at other aspects of this photo. 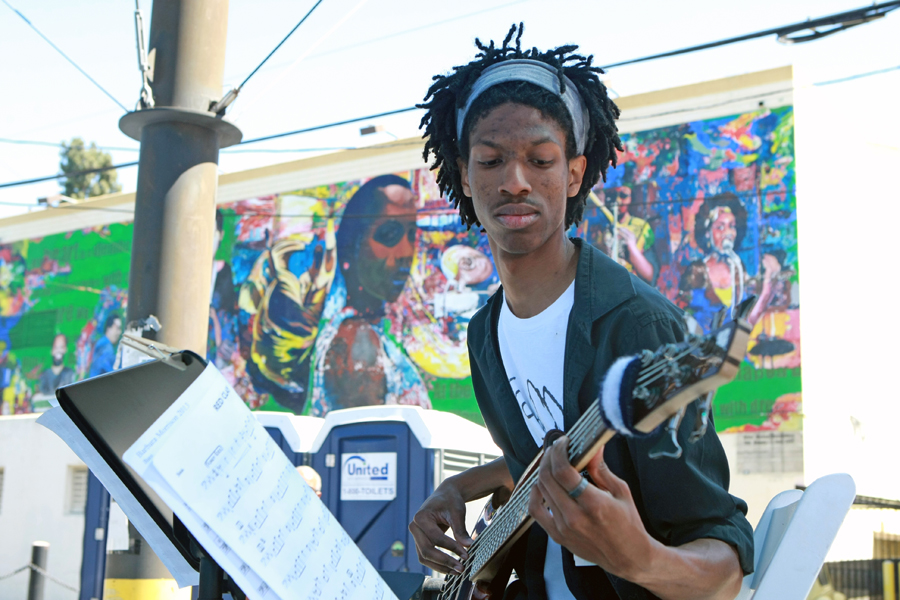 This is another performer in Leimert Park.  He fills the frame nicely, bringing the attention to him.  The mural in the background is a good use of negative space because it helps tell the story. 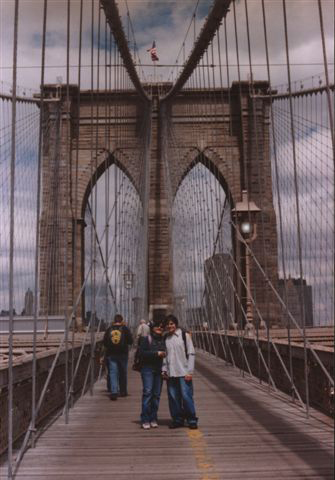 In this photo, there are two subjects.  The two people, and the Brooklyn Bridge.  In photos where there is a person taking photos in front of a large structure, many people stand near the structure, making them small in the photo.  The structure is filling the frame nicely, but the people are not. 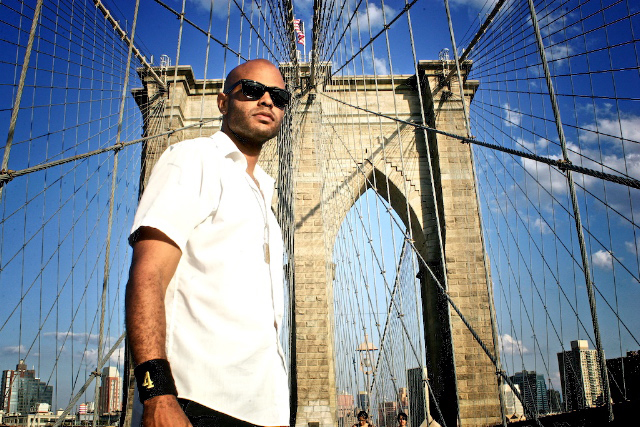 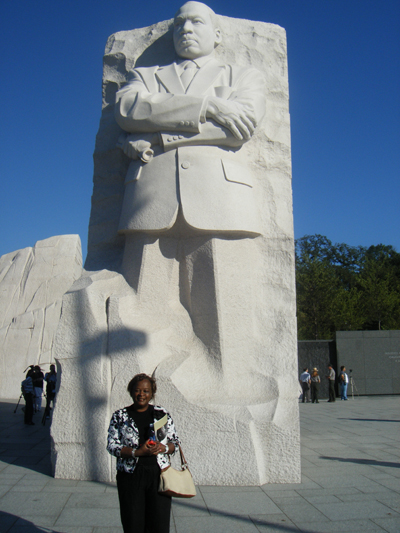 In many photos that people take in front of the King Monument, the structure is framed correctly, but the person is not.

In this photo, both the person and the structure fill the frame. 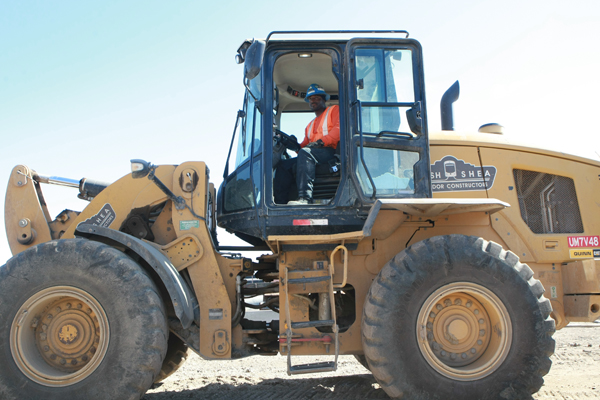 When I took this photo, I felt that the construction worker was not large enough, while the vehicle was. 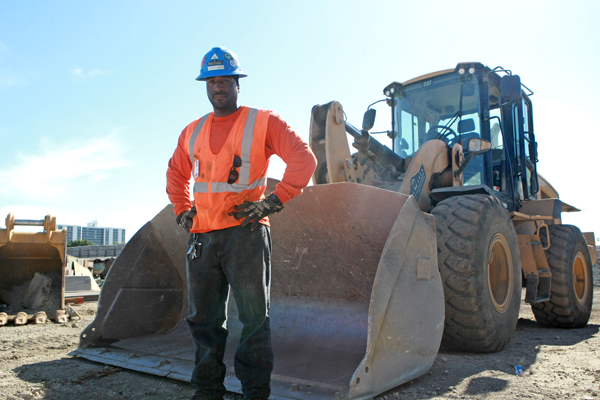 In this photo, I had him stand closer to the camera so that he filled the frame better. 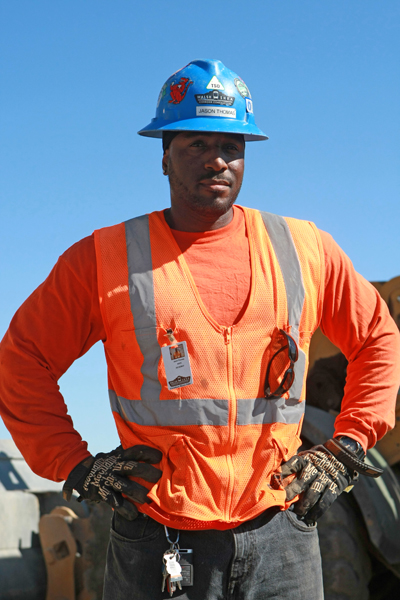 In this photo, he takes up nearly the entire frame. 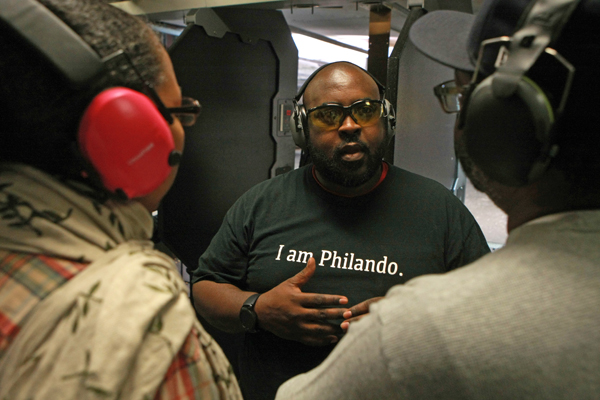 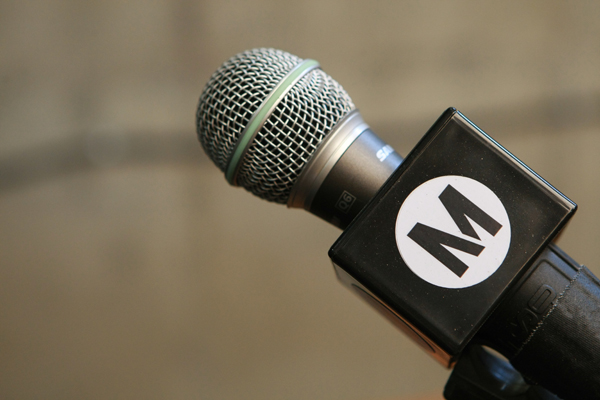 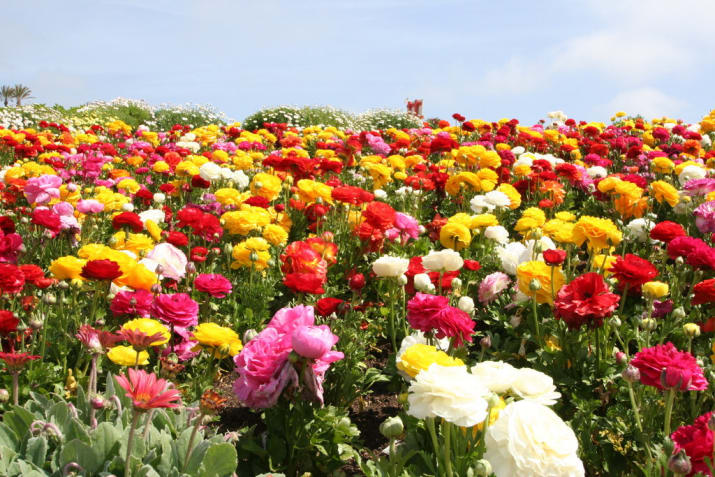 This is a nice photo of flowers. 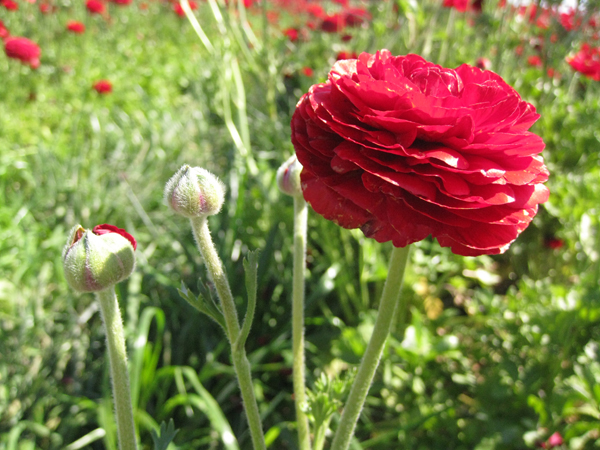 But in this photo by Camille Dudley, one flower fills up the frame more, and we can see more of the detail.