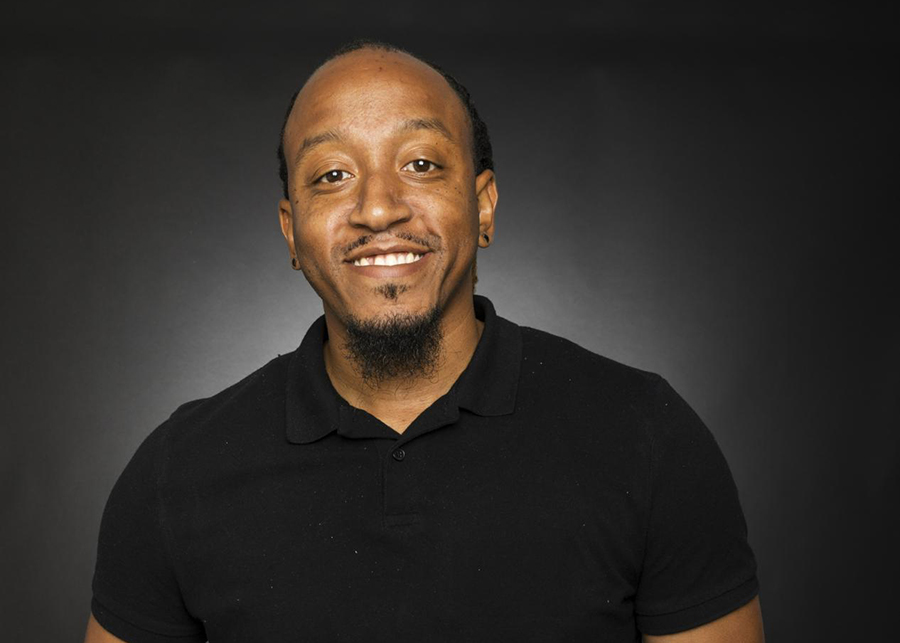 Parker works as a gameplay engineer at Riot Games, which is one of the largest video game studios in the world.

When Joshua Parker set out to become a software engineer, it never occurred to him that it could take him all over the world, and that he would be part of one of the most influential intellectual properties in existence, but that’s where he finds himself today.

Parker currently works for Riot Games in Santa Monica, and their IP League of Legends, is by any form of measurement the most played game in the world.  It is also one of the most recognized IP’s right up there with Star Wars and Disney worldwide.  With 27 million individual players a day and an average of over 81 million a month, League of Legends is played in over 145 countries and is an e-sports juggernaut.  While that brings a lot of pressure, Parker is happy with where his career is, and reflective of the path that brought him here.

Parker grew up on his family’s tobacco farm in eastern North Carolina.  Working the farm taught him valuable lessons which he carries with him to this day.

“I grew up around a bunch of hard working people,” he said.

Working hard is unavoidable on a farm, and Parker learned that the work you put in is directly related to the return you get back.  This has led to his high work ethic, and his belief that hard work plus talent, beats just talent nine times out of 10.  On the farm, “You take life slow, work hard, and learn to grind,” he said.

Parker’s interest in tech was fostered through his love of video games.  It was those games that made him want to get involved with technology and he found himself at Eastern Carolina University trying to find his path.  His initial interest was in hardware engineering, but eventually switched to software engineering as he learned more about the difference between the two.

“I didn’t actually want to build a computer, drive computer performance, or make them smaller or faster, which is what hardware engineers do,” he said.  “I wanted to make what drives those things, and software is what really does it.”

A software engineer is one who “is in charge of writing and maintaining software to be able to solve particular problems or provide a particular service,” Parker said.

There are different types of software that engineers deal with.  Business to business (B to B) software, is to be used internally.  Many companies have their own software development wings that will write software for them so they can save on cost.  Then there’s B to C, or consumer based products, like the Windows or the Excel’s of the world.

“It’s your Amazon.com, your Google, the search engine that you use,” Parker said.  “Now we’ve gotten to the level of intermediary technologies like Cloud computing, Cloud tech, even your Internet and how you use your broadband, Wi-Fi, all done on some level with a software engineer involved.  They’re the ones who are building the interface between the user and the actual product.”

After college, Parker found himself working for Cotton Inc., creating programs that tracked cotton distribution all over the world.  But this is where he made the discovery that would change his career path.

“I realized that in my boredom I wasn’t becoming better at my job because I wasn’t really pushing it,” he said.  “I had become stale and had no drive to get better.”

This is where Parker became focused on video games, realizing that they had to have software engineers in order to make them because they’re on computers.  So he researched what video games studios were around him in North Carolina, and went to work reeducating himself as he realized there was a lot he needed to brush up on, and a lot he didn’t know.

Parker’s first job in the real time software world was with Lockheed Martin, the defense contractor.  Not only do they do national defense work but they also create B to B software for places like 7-11.  He worked on realtime 3d applications called Serious Games, which were games designed to teach something.  For example, instead of a document explaining to a 7-11 employee how to accomplish a task, Parker would create a 3D game to teach it to them.   While it wasn’t entertainment gaming, he kept honing his craft and applying to video game studios and finally got his break with Ubisoft, creator of blockbuster AAA video games like Ghost Recon, Rainbow Six, and The Division, to name a few.

Parker’s career took off there, working all over the world with different teams, spending time in Paris, Sweden, London, and Canada.  He spent six years at Ubisoft before getting a call from friend and legendary game designer Cliff Blezinski to help him start a new studio and launch the game Lawbreakers.  But Riot Games was where Parker always wanted to be.  Besides being one of the top three studios in the world, it was in Los Angeles, a place he wanted to live.  He continued grinding in pursuit of his goal, and two years later he landed a job with Riot Games.

For a person interested in becoming a software engineer, Parker feels there are some valuable qualities one should cultivate.

“Have a curiosity about technology, and a drive to learn, because tech is never stale,” he said.  “We haven’t reached the point where we have AI (artificial intelligence) and computers making themselves, so software is always going to be the cutting edge.  So you need to be willing to learn because what people were writing just 10 years ago is obsolete now.”

Parker also recommends to always be making something yourself, as you can go on YouTube and learn everything you need to know to make a game right now.

“If you’re in college, and want to be a software engineer, definitely take computer science, but if you’re an adult and not feeling your career and want to switch it up, a lot of places are taking away the need for a degree,” Parker said.

Tutorials teaching computer languages like C Sharp, Java, and C++, are all over sites like YouTube and Khan Academy, and with dedication one could be at a good proficiency level in 3-6 months, but it’s a double edged sword.

“Degree more money, no degree less money, but if you can code you can code,” Parker said. “ But the opportunity is there for those willing to seek it out and grind.”

Reach out to Parker on Instagram at @bossblackdante, and look for his upcoming new business venture Black Nerdz Brand coming soon.