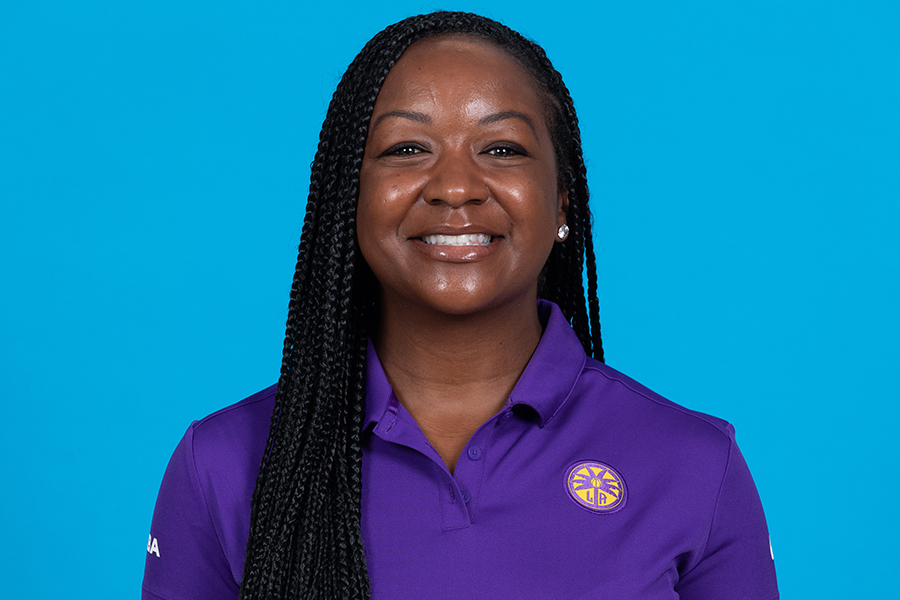 The greatest ability that an athlete can have is availability.  No athlete can perform at a high level while being injured, and that is where Courtney Watson comes in.

Watson is the head athletic trainer for the Los Angeles Sparks, and she is one of the most tenured trainers in the WNBA.  She recently spent 80 days in the league’s bubble as the Sparks were playing their season during the COVID-19 pandemic.

“We all sacrificed a lot being away from our families,” she said.  “We really focused on what our goal was.  As an athletic trainer who has been in the WNBA now for 13 seasons, I was more on the veteran side.  So I did a lot of directing and guiding with the league and the athletic trainers.  Really just the management, safety, and health factor of what we have going on during this pandemic time.”

WNBA players, coaches, trainers and staff not only sacrificed by leaving their families, they also put their careers at risk by participating in the social justice movement.

“We had to fight a lot with the social equality; with what was going on with Breonna Taylor and the ‘Say Her Name’ campaign,” Watson said.  “I’m most proud of the time that the players spent with awareness for the police brutality issue.  It was just mind-blowing that we’re still experiencing these things.  The players of the WNBA used our voice to get our message across about how we’re just tired of having to fight for these things.”

While treating athletes in the bubble, Watson also found time to complete her doctorate degree in athletic training.   She is now a part of a group of less than 100 trainers who are doctors.

Watson’s journey to becoming an athletic trainer started in South Los Angeles.  She is from an athletic family, so she excelled at basketball from an early age, and was one of Westchester High School’s best players during her time as a student there.  Her interest in medicine happened when her team was preparing for the California state playoff tournament, and she was nursing an ankle injury.

Along with another injured Westchester teammate, she went to the West Coast Sports Medicine Foundation in Manhattan Beach to get treatment on her ankle, and at that point she knew exactly what she wanted to do with her life.

“The moment I walked into that facility I knew that I wanted to be an athletic trainer.”  Watson said.  “When I understood what rehab is, how to help care and prevent injuries.  Helping diagnose injuries and helping get athletes back on the field.”

Watson was amazed in what she saw in Manhattan Beach, so when she attended to UC Berkeley she looked to study sports medicine.  But UC Berkeley did not have a Sports Medicine major.  That did not stop her desire to become an athletic trainer.  Instead of choosing a major that closely fit what she wanted to do, she created the major herself at the university.

After graduating from college Watson went back to Westchester as a teacher and athletic trainer.  At that time Westchester had the best high school boy’s basketball team in the nation.  She worked with star players such as Trevor Ariza, Amir Johnson, Hassan Adams, and Gabe Pruitt.  All of those players made it to the NBA.

Watson was so important to that basketball team that she traveled with them when they played high school teams that featured LeBron James, Carmelo Anthony, and some other soon to be NBA stars.

Westchester had an advantage over most of their opponents because most high schools, especially public schools, do not have an athletic trainer on site.  It is not required, and most schools do not have a budget for a trainer.  But at Westchester, they allowed her to build a trainer room that has whirlpools, training tables, and equipment that allowed her to keep their athletes healthy.

Giving back to the younger generation is important to Watson, so she created an internship program called Courtney’s Court for high school and college students that are interested in becoming athletic trainers.  She usually runs the program out of the training room at Westchester High School, but she takes her students out into the field to work at various camps and games.

This type of internship program is also important for young athletes, because their careers can only last so long, with most of them ending in high school.

“It’s all about recognizing different avenues of getting into the sports field,” Watson said.  “Everybody can’t be an athlete.  Everybody needs to understand that there are other avenues that they can go down.”

One of Watson’s interns is now a massage therapist for the Los Angeles Lakers.