Coach Alicia Ross was a champion in track during her running days. Now she trains young athletes to achieve their dreams. Photos by Jason Lewis

In the track club’s first year in existence, they brought home four medals.

Track Diamond Track Club was established in 2017, and by the end of their first season of competition, they sent seven youth athletes to the USATF National Junior Olympics, held at North Carolina A&T State University.

“Honestly I was shocked, because I would never expect a youth program to get to that level that quick,” said club founder Alicia Ross.  “Especially with four women coaches.”

Ross’ philosophy to get the most out of her athletes is to make the training fun for them, and she’s quickly getting great results.

“One of my athletes had never played sports at all,” she said.  “The improvement that he made to make it all the way to the regionals was a shock to me.  So I know this program is doing something.”

Ross’ experience as a track athlete has greatly helped her athletes.  She was a sprinter at Hamilton High School before competing at West Los Angeles College.  As a college athlete, she was a part of state champion teams in the 4x100 relay and 4x400 relay, and she made it to the state meet in both the 100-meter hurdles and 400-meter hurdles.  She started coaching after college while she was obtaining a BS degree and a Masters degree in psychology from the University of Phoenix.

Besides excelling on the track, Ross expects her athletes to do well academically.

“I’m strictly with grades,” she said.  “I ran in college and went all the way to get my master’s.  I’m always asking the kids about their grades, and they know that if their grades are not good, they won’t be able to run.  So it’s something for them to strive for.”

“I want to know what are their goals, dreams, and their aspirations,” she said.  “Just in case track doesn’t happen for them, what’s next for them?  As they get older, I want to be able to look at their goals and see how much they’ve accomplished.  And I want to be one of the coaches that helps them accomplish all of their goals.”

Training for next season begins in December, but they are currently performing offseason training.  This track program is a 501c3 non-profit organization, and they accept donations.  For more information, visit www.trackdiamondtrackclubs.com, or call (310) 405-3616.

L.A. Standard readers can use promo code grand50 to receive 50% off the ticket prices! Purchase tickets at http://www.tccsc.org/jazz. 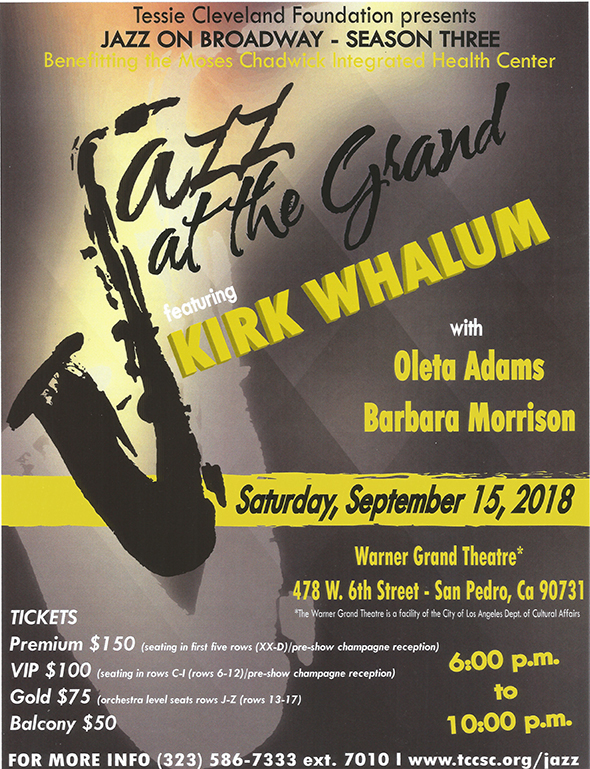