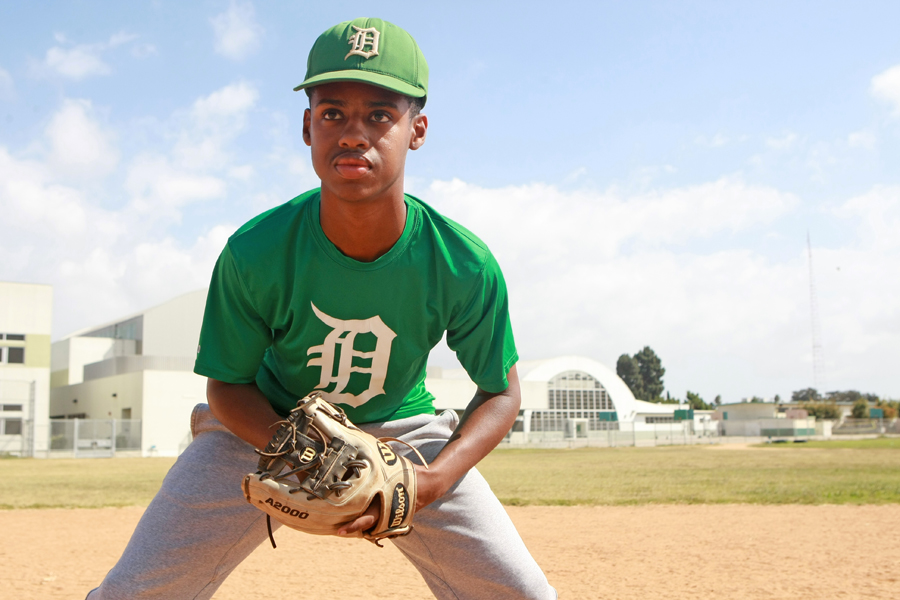 Kyle LaFlora is a middle infielder on Dorsey High School’s baseball team. He excels at math, and he views baseball as a chess match. Photos by Jason Lewis

LaFlora has a 3.7 GPA, and he is interested in playing baseball and majoring in aerospace engineering at an HBCU. 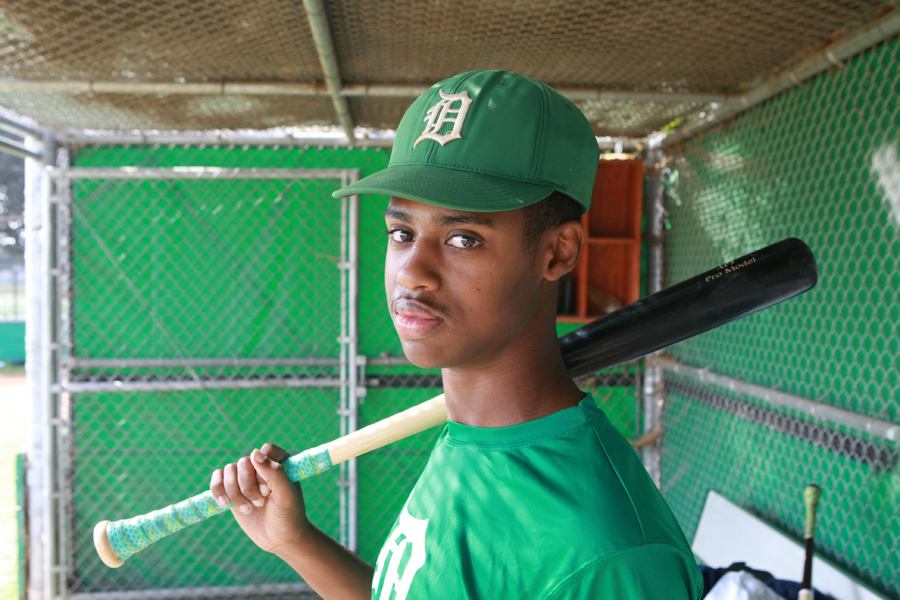 LaFlora is a contact hitter who batted over .400 last season.  He is also on the robotics team at Dorsey.

Kyle LaFlora’s long-term goal is to work for NASA.  Obtaining degrees in aerospace engineering will help him achieve that goal, but that is some years away.  In the meantime, he’s helping Dorsey High School win baseball games.

LaFlora comes from an athletic family.  Both of his parents were high school athletes, his sister played softball, and his younger brother is his teammate on Dorsey’s baseball team.  Also, he has two uncles who played Major League Baseball.

LaFlora’s baseball career began at Rowley Park in Inglewood, and he eventually moved over to Baldwin Hills Park.  From an early age, he felt that he was a very good player.

“I’ve always been thought of as a natural talent, because baseball has been passed down from generation to generation in my family,” he said.

Natural ability in the sport has taken LaFlora far, but a strong work ethic has made him a good middle infielder and hitter.

“What made me good was the love for the game,” he said.  “Just staying on the field and working, trying to be the best at whatever I’m doing.”

Outside of Dorsey, LaFlora trains and plays travel ball at the California Baseball Academy.  As a smart kid, he is attracted to the intellectual aspects of the game.

“Baseball is kind of a chess match,” he said.  “Figuring out what the opponent is going to do, and remembering the last move that he made.  Knowing where the ball is going to be hit to, or how to pitch to a batter, or how to get a runner in.  There’s a lot of things that you have to strategize.”

LaFlora is a four-year varsity player who mostly plays second base and short stop, and he also fills in at third base and pitcher.  As a batter, he is a contact hitter who moves base runners over and knocks them in.  Last season he batted over .400 and he led Dorsey in RBIs.

While LaFlora is having success on the baseball field, he is doing even better in the classroom.  He uses good time management to balance athletics and school work.

“I try to do a lot of my work as fast as possible,” he said.  “A lot of people will procrastinate, but me, I like to get things done as soon as possible.  If I have any down time at school, I’ll knock out my homework before I get to practice or home.”

LaFlora is an all-around good student, and his favorite classes are in the S.T.E.M. (science, technology, engineering, math) field.

“I’ve always been a numbers guy,” he said.  “In baseball, I like to look at stats and different numbers.  I’ve just loved math and numbers my whole life, and I like to experiment with different things in science.”

LaFlora is on the robotics team at Dorsey, where he is building robots and learning coding.  The codes that he’s learning are used to make the robots move.  He has also taken science classes at West Los Angeles College, which give him college credits.  One of the classes that has intrigued him was astronomy.

“I’ve really taken an interest in astronomy, and I’m interested in different planets,” he said.  “So I’d like to get people to different places in outer space.”

LaFlora has already figured out where he would like to continue his education and baseball career.

“I’m leaning towards going to Grambling State,” he said.  “I’ve had family members who attended the school, and some friends that have played baseball for the team.  I’ve spoken with counselors who have come up here (to Dorsey).  A lot of them went to HBCUs (Historically Black Colleges and Universities), and the description that they give of the schools are amazing.”

Besides academics and school work, LaFlora is a kind person.  He and his fellow baseball teammates are a part of the Prime Time Games program, where they mentor students with developmental disabilities.  The baseball players coach their classmates who have special needs in soccer.

LaFlora is maximizing all of his abilities, which makes him an asset to our community.