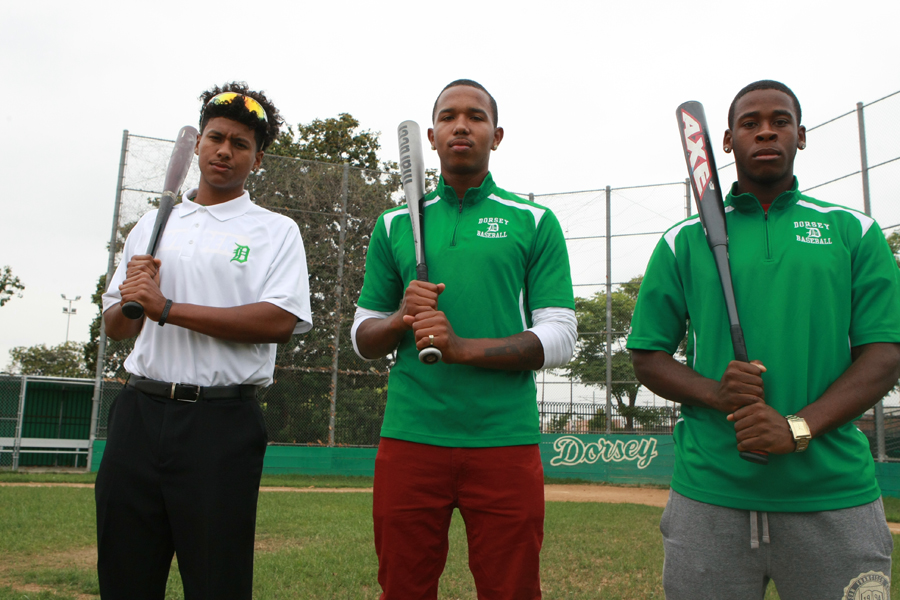 Alexander Madueke, Malcolm Smith, and Christopher Floyd had a very busy senior year.  As they were preparing themselves for college, they starred on Dorsey High School’s baseball team, they coached classmates with special needs in soccer, and they led Dorsey’s student government.

Madueke was elected student body president, Smith the vice president, and Floyd the treasurer (Floyd had to relinquish the position because of an academic scheduling conflict.)  With the positions that these seniors held, the baseball team pretty much ran the school.  While they excelled at their roles, Madueke gives credit to another group of student that encouraged them to take on these positions.

The baseball players coach students who are affected by autism, and those players spearheaded their campaign.

“They brought me in the room one day and kind of put me on the spot,” Madueke said.  “They asked me to run for student body president.  They did the same for Malcolm and Floyd.  They felt that we were capable of leadership positions.  They motivated us to do it.

“One day I got to school and there were posters everywhere,” Madueke continued.  “They said ‘Vote for Alex for student body president, athlete/scholar.’  They made at least 20 of them.”

Working in student government helped these athletes in a number of ways.

Winning the 2014 Division II City Section baseball championship was a huge accomplishment for these student athletes, but coaching the soccer team to a championship may have been more impactful.

“At first, honestly I looked at it as a chore, because Coach (Peter) Dobson told us that we would be coaching these guys,” Madueke said.  “We’d rather be practicing for baseball, but as we worked with them we actually had fun with it.  We got closer to the guys.  They’d come up to us at any time during the school day and ask us how we were doing.  So we established some good friendships.  We all enjoyed it.”

These players are humble, and they developed real friendships with the students that they coached.

“It’s just a disability,” Smith said.  “They didn’t choose it, they were born with it.  They are people just like you and me.”

While these players have filled their time with extra curricular activities, they have all excelled academically and are heading to college.

Floyd is heading to Alabama A&M, where he intends to major in either mechanical engineering or aerospace engineering.

“I like cars,” Floyd said.  “I want to design them, and find ways to make them go faster.”

Floyd excelled at physics, robotics, and computer science to prepare himself for his major in college.

Smith is heading to Lincoln University, where he will major in business administration with a minor in health science.  He has taken sports therapy this year, and he took micro-economics and stats to prepare him for his major.  After college he plans to be an accountant, financial advisor, or manager at a corporation.

Madueke is going to attend Benedict University, where he will major in biology.  He plans to go to medical school, and he wants to become a cardiologist.

“I’ve gotten A’s in all of my science classes throughout high school,” Madueke said.

Madueke and Smith plan to return to Los Angeles after college, but Floyd is looking at the economics.

These three student athletes are well rounded, have bright futures ahead of them, and they are assets to their communities.