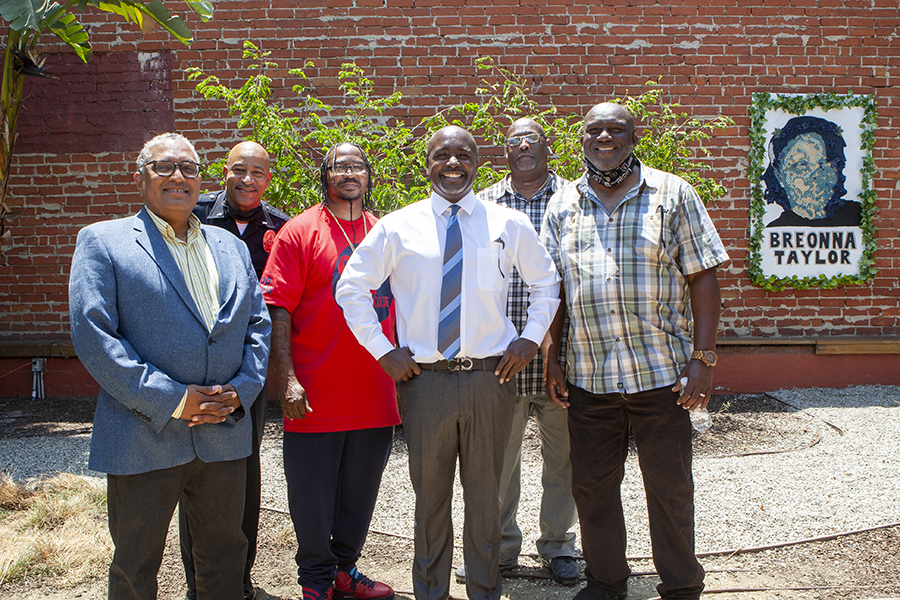 As the city continues to create housing for homeless people and move away from tent encampments, there is a need to connect people in need with resources.

As the City of Los Angeles continues to shelter homeless people and move people away from tent encampments, City Councilmemeber Marqueece Harris-Dawson is working to ensure that front-line workers resolve issues, opposed to police officers.

“We want a response to the situation that we have with encampments in our city, but we don’t think that it should be armed law enforcement,” he said.  “So we’re turning to our community; folks who have been working in the streets.  I’m excited about their ability to have conversations with people who live in encampments, and their ability to persuade people that getting out of that encampment is the right thing to do.  And they are a resource to connect people to housing.”

Harris-Dawson, along with Community Build CEO Robert Sausedo, participated in a training workshop with front-line workers at Community Build Inc.’s headquarters to discuss measures to guide homeless people to the resources that they need.

“Today’s event is to demonstrate to the commitment to bring resources to those who are in homeless encampments and find stabilized communities where they can reside,” Sausedo said.  “It’s safer for them with a roof over their head, which comes with some stability.  You get in a home and then you start thinking about where you can go next.”

There has been a controversy in moving homeless people out of tent encampments, but Harris-Dawson points out that the city now has various types of housing to place homeless people, which was not the case in the recent past.

“Everybody that we have asked to leave an encampment, we have housing for them,” he said.  “Sometimes that will be a motel, sometimes it will be an apartment, sometimes it might be a shelter for two or three weeks until there is an apartment.  Our policy here in the 8th district and in the city, no one is compelled to move unless there is a place for them to go.”

Having housing is an extremely important component to the city’s plan to address the homelessness issue.  Before Measures H (funds to build housing) and HHH (funds for services) were passed in 2015 and 2016, the city could not tell homeless people that they could not live on the streets without having a place for them to go.

“You can’t make people just leave or disappear into thin air,” Harris-Dawson said.  “I know that a lot of people would like that, but you just can’t do that.  They’re human beings and they have to have somewhere to go.  The onus is on us to provide for each other.  If we can’t provide housing, then we lose the right to tell people that they have to clear the sidewalk.”

It’s important to solve the issue because it is a major health issue to have people living on the streets.

“There is the risk of hepatitis A, because people are openly using the restrooms on the street,” Sausedo said.  “So we’re trying to solve that because it’s a public health crisis.”

“It is unsafe, it is inhuman, and it is immoral to have people sleeping on the streets when we can house them,” Harris-Dawson said.