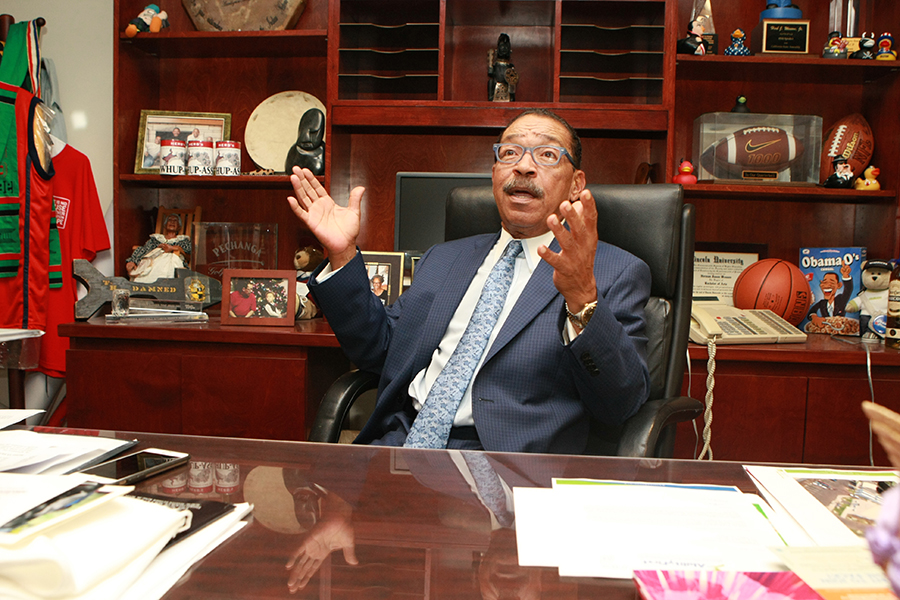 The congressional hearing with former Donald Trump attorney Michael Cohen adds to the lengthy list of sensational storylines that has surrounded Trump’s presidency.  Some of the other mainstream narratives include Russian collusion, insulting the intelligence of Black public figures, blaming Latino immigrants for crime, and paying off women to be quiet over extramarital affairs.

Cohen testified in front of congress, and he spoke about racist remarks that he claims that Trump has made in the past.

"Mr. Trump is a racist," Cohen said.  "The country has seen Mr. Trump court White supremacist and bigots.  You have heard him call poorer countries, 'shitholes.'  In private, he is even worse.  He once asked me if I could name a country run by a Black person that wasn't a shithole.  This was when Barack Obama was President of the United States.  And while we were once driving through a struggling neighborhood in Chicago, he commented that only Black people could live that way.  And he told me that Black people would never vote for him because they were too stupid."

"What is most sad about this statement is that it's not surprising," Wesson said.  "We've come to expect this from the President.  We know he holds vile, racist opinions.  Hearing it put into words is salt in the wound, but I'm not surprised."

Wesson also spoke about Rep. Mark Meadows (R-NC) using a Black woman, Lynne Patton, as a prop to refute Cohen's statement that Trump is a racist.  Meadows' point during the congressional hearing was that Trump could not be a racist if he hired Patton to a key position in Trump's organization.

"All the props in the world could not cover up Donald Trump's racism," Wesson said.  "From the birtherism movement to Charlottesville and beyond, the President has made no secret of his racist views." 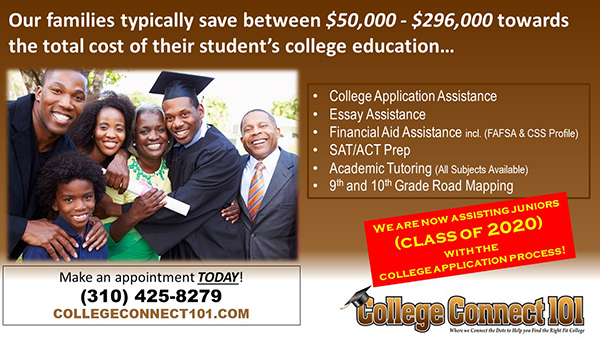 Many of the other storylines surrounding Trump seem like they come from a reality television show writer.  The question is if this a lot of noise, or does Trump’s administration actually affect people in South Los Angeles?  Wesson answered some of those questions, and discussed how Trump’s presidency impacts us.

“In my opinion, his administration has been short on policy, big on rhetoric,” he said.  “I think that some of the things that he has done that has, I’ll say adversely affected us the most, or has angered African Americans the most, are not so much policy things.  Just things that he says.  Things that cut differently than the way that we as a people are.  Let’s take the NFL protest during the National Anthem.  One of the pillars of this country, one of the reasons I believe that our soldiers go and protect us, is so that we as citizens and residents of this country can stand up and question our government.  When he gets up and tweets about that activity, that’s directly, in my view, a smack in the face of African Americans, because African Americans are the majority of the football players that are protesting.”

When Trump insults prominent Black people, he typically attacks their intelligence.  He has done that with Maxine Waters, Don Lemon, and LeBron James, which can strain the relationship between the president and the Black community.

“In our community we have had people who led the way for us” Wesson said.  “People who are icons.  Like my former boss Yvonne Burke, like Diane Watson.  And today we have Maxine (Waters).  And I’ll just say Maxine and everybody will know who I’m referring to.  Some people refer to her as Auntie Maxine.  She’s an icon in our community.  She’s very important to us, even if everybody doesn’t agree with everything that she says.  She is a treasure to us.  When you (Trump) take on people like that, then you’re definitely not going to have the best relationship that you can have with African Americans.  In my view, having a relationship and rapport with people of color is not one of the high priorities of his agenda.” 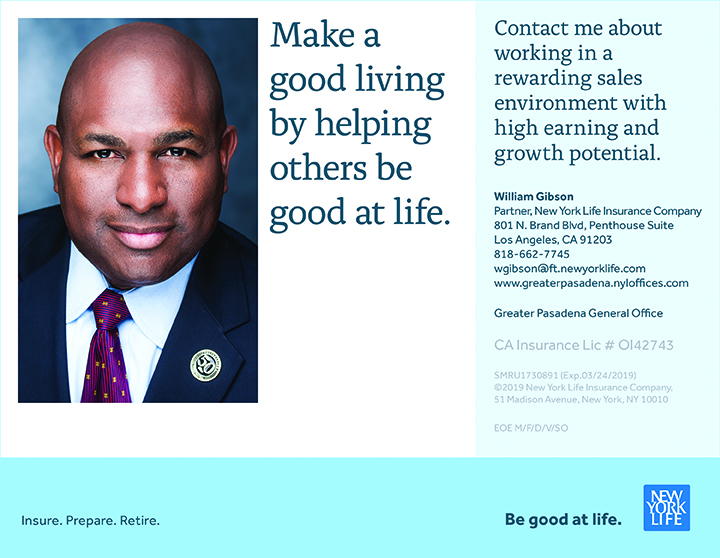 During Trump’s campaign, he asked Black America, “What do you have to lose?”  He asked that while saying that Black people lived in war zones, and he said that he was going to make our streets safer.  Was he being sincere about lowering the crime rate in Black communities, or was he really just trying to strike fear in his voting base?

“Being tough on crime, the meaning is different for people in African American communities,” Wesson said.  “Tough on crime is cool if it’s distributed fairly.  Tough on crime is cool when you’re actually going out and trying to apprehend someone that’s making someone else’s life miserable or injuring somebody.  But tough on crime sends the wrong signal.  It makes people frightened when they think about African Americans.  The people in our community for decades have fought to make our communities a better place.  We work very closely with our local police departments to try to create an atmosphere of comfort, an atmosphere of trust.  And again, this goes back to the type of rhetoric that he (Trump) uses.  I don’t believe that that has a place in our community, and I do believe that it is a code phrase for ‘Black people are scary; you better watch them.’  And it’s not just police.  You have to look at the entire criminal justice system.  If the playing field was level, I think that ‘tough on crime’ would have a different meaning in our community.  But the playing field is tilted.  Not only do we start at the end of the line, we’re 100 yards behind the end of the line.”

Trump also said that he was going to fix the education system in Black communities.

“And he said that he was going to build a wall, and that Mexico was going to pay for it,” Wesson said.  “As far as I know, Mexico has not agreed to pay for anything.  In fact, it’s to my understanding that at one point of the early stages of his administrations there were serious conversations about reducing or cutting funding for education.  I think because of his presidency, that’s why you see local governments throughout the nation standing up, trying to do the things that they have to do to protect their constituents, because they do not feel that they’re getting the type of support that they should be getting from the federal government -- the type of support that we received in the past.”

“I think that we are prepared to protect the rights that we do have, and try to expand those rights so that we can protect more people,” Wesson said.  “Again, this is part of President Trump’s campaign.  It’s about dividing people; it’s about separating people.  I have been around the block a couple of times, and I have never seen individuals attack a president just because he’s a president like I saw people from the opposition party attack President Obama.  There were individuals who made statements like, ‘As long as you are here, I’m going to do everything that I can to make sure that none of your polices succeed.’  So I do believe that a lot of the rolling back of Obama polices are a part of some long-range campaign, because there’s a percentage of people that it seems to excite.  When you look at a lot of the policies that President Obama put in place, they helped all people, not just people of color.  History in my opinion will be very kind to President Barack Obama.”

“Sometimes in my profession, as a public servant, an elected official, sometimes some of the members take credit for things that maybe they didn’t have anything to do with,” Wesson said.  “In this case, I would say that’s what’s going on with the president of this country.  All of us remember when we were at rock bottom towards the end of the second Bush administration.  When the country was crumbling.  There were needs for bailouts, unemployment was 16 percent, and in minority communities, 30 percent.  And it was the Obama administration that began to turn things around.  I’m just glad that President Obama was able to put into place a lot of the things that he did.  I don’t mind President Trump taking credit for it because all of us know that he didn’t have anything to do with it.

“We have to realize that politics is politics.  I can see just about anybody trying to do that (take credit for the success of a previous administration).  But it’s important that the majority of the people in this country recognize how it started, how difficult it was, and how far we’ve come from that point in time.  We’ve come an awful long way, and we still have a long way to go.  There’s still high unemployment rates in some of our minority communities.”

Trump credits his tax cuts as a major reason why the economy is doing so well, but there have been many reports that corporations that have received major tax breaks have not shared them with their employees, but instead used the tax savings to buy back their own stocks and enrich themselves.

“I have never believed in trickle down economics,” Wesson said.  “I didn’t the first time around and I don’t today.”

Trump started campaigning for re-election shortly after he took office.  While many Democrats are thinking about impeachment, or defeating him in 2020, there is a possibility that Trump stays in office for eight years.

“I don’t even want to think about that, and I would hope that the residents of this nation would turn out to vote, and to vote in a high percentage, so that we won’t have to have that conversation,” Wesson said.  “But there are a lot of assistance that we in the City of Los Angeles, and other metropolitan cities throughout the nation, depend on.  We need help from the federal government.  We need funds from the federal government.  I think that the Trump administration has made it clear that they’re going to make us obtaining these funds a little more challenging than it has been in the past.  They’re even going to be looking at reducing these amounts, and maybe not even giving us the money that we deserve.  So my concern is that there are a lot of federal programs where we’re able to leverage that money to do a variety of things.  Like, the crisis of the day in this city is homelessness.  In the past we have received assistance from the federal government.  I just don’t know where the Trump administration is on that.  I wouldn’t be surprised if he came up with the creation of some large ships where you just put people on and let them float around the ocean.  I’m very concerned if there is a Trump II, and I just hope that the people of this country, and South Central Los Angeles in particular, get out and vote in high numbers.”