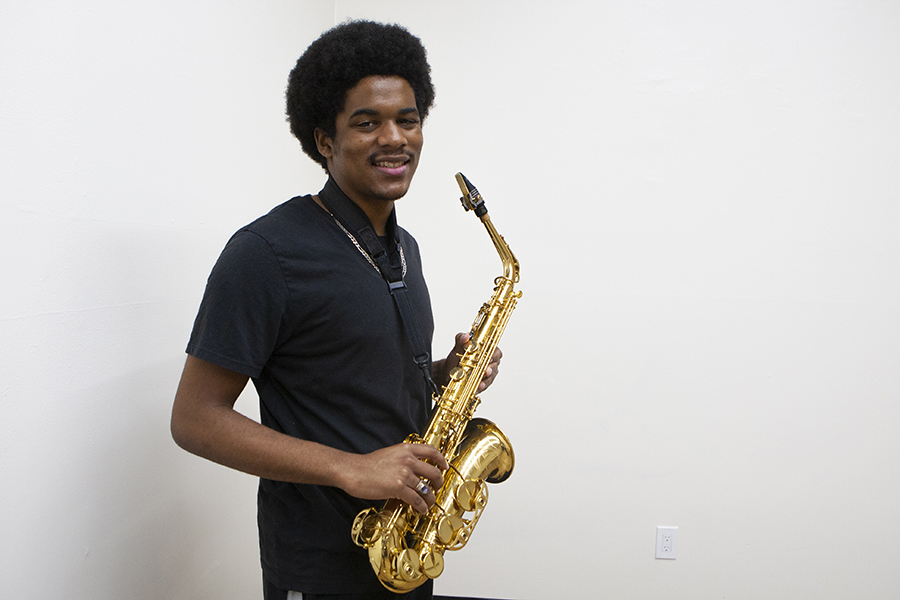 The Fernando Pullum Community Arts Center in Leimert Park created a path for Christopher Powe to go to college.

Christopher Powe’s musical career has been heavily influenced by Leimert Park Village, where he began playing the drums at the World Stage when he was three-years old, and he continued developing his craft at the Fernando Pullum Community Arts Center.  Powe is now entering his sophomore year at Berklee College of Music in Boston, which is one of the most prestigious music schools in the nation.

Powe grew up in View Park and his musical gifts were apparent at a very early age.

“My parents saw that I had a knack for music,” he said.  “I’d sing songs in the car at a very young age.  So they started looking for music lessons close by.  They found out that the World Stage had drum lessons.  Once I got into going there constantly, it wasn’t like my parents were forcing me to go there, it was because I liked going there.  I was also able to play with kids my age and it grew into a love for music.”

When Powe enrolled at the Fernando Pullum Community Arts Center, he was the youngest member of the jazz band at the time, and Pullum quickly put Powe to the test.

“I remember the first day that I got here,” Powe said.  “I walked into one of the jazz band rehearsals, and he (Pullum) was like, ‘Play a song.’  And I had only been playing the saxophone for about a year.  I was messing up, and he was just like, ‘Okay, sit in and learn the stuff that we’re learning.  So I was like thrown into the fire straight from the jump.”

Pullum quickly noticed that Powe was a very good young musician, and that Powe has had a very positive impact on the students in the performing arts center.

“When he came here, I thought that he was very talented,” Pullum said.  “His growth has been off the charts.  He’s an inspiration to the other kids in the program because they’ve seen how music has impacted his life.  They know that it’s possible for them to do the same thing.”

Powe, who also performed in the band at Hamilton High School, credits the performing arts center for putting him on the path to higher education.

“I wouldn’t be at the college that I’m at if it wasn’t for the center,” he said.  “It gave me a love and appreciation for music.  It’s also helped me see all of the possible jobs that you can have while being a musician.”

While learning at the center, Powe has performed on an episode of HBO’s Insecure, and he performed at the 2018 American Music Awards with Grammy winning artists Ciara and Missy Elliot.  They opened for Earth, Wind & Fire.

Powe shares a very important trait with the professional artists that he has performed with.  He is a very hard worker.

Powe has a quest to master the material that he comes across, and he’ll put in a lot of time to do so.

“Stuff didn’t come easily,” Powe said.  “A lot of stuff didn’t just happen overnight.  I’d see other kids get the concepts right there on the spot.  So I’d go home and practice until I finally get it.  The path has been where I have to work hard to get the same results as somebody who may get it right away.”

Powe plays and listens to music every single day.  He starts his mornings off listening to some of his favorite genres, such as jazz, neo-soul, funk, and R&B, and he has some very long nights at school.

“It’s pretty much music all day, and there were some nights where I didn’t get back to my dorm until 3 a.m,” he said.  “I just had to get it before I went to bed that night.  So it’s a full day of music.”

Powe’s goal is to release his first recording album before he finishes college.  Along with playing the alto sax, he is teaching himself how to play the piano and flute as his musical abilities continue to evolve.