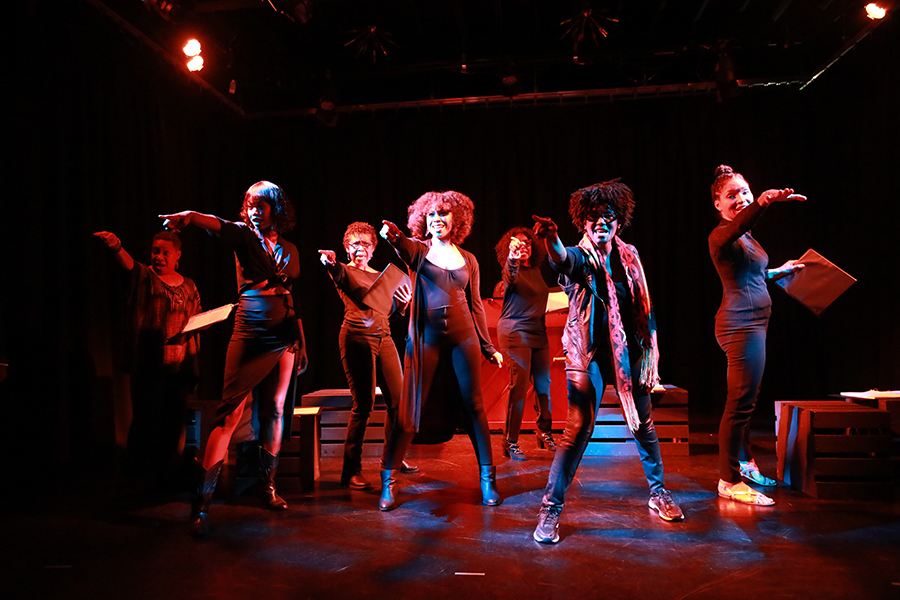 The Where Art Can Occur Theater Center provides a space for artists of African descent to showcase their work.  The theater company will be placing a bid to become the operator of the Vision Theater in Leimert Park.

The Where Art Can Occur (WACO) Theater Center provides a platform and a home where Black artists can create new work.  Founded by actor Richard Lawson (“Poltergeist,” “Dynasty,” “All My Children”) and his wife Tina Knowles-Lawson (mother of Beyoncé and Solange Knowles) in 2016, WACO is a performing and visual arts organization dedicated to the empowerment of Los Angeles artists and stories of the African Diaspora.  WACO features a 99-seat theater space which features live plays, film screenings, musical shows, and dance series.

“There are only a handful of Black spaces in Los Angeles for Black artists to showcase their work,” said Shay Wafer, WACO executive director.  “There are only a few Black theater companies that are producing on a regular basis.  Having a Black space is extremely important.  The likelihood of you getting your work there is higher than going to another space where they are only featuring one or two works by people of color.”

Los Angeles is known by many as the Entertainment Capital of the World, so there are many places to see live performances.  But for a Black audience, the WACO Theater will have shows geared toward their tastes.

“You’re going to see people like Debbi Morgan (“Eve’s Bayou,” “All My Children,” “Power”) who you may know from television or from films,” Wafer said.  “You’re going to be able to see her here on the stage live and in person, sharing a very vulnerable and honest story about her life.  You’re not going to see that in her television roles.  The same for Vanessa Bell Calloway (“Coming to America,” “What’s Love Got to Do with It”).  You’re going to see another range of her talent, beyond the characters that she’s embodied in television and film.”

Seeing a live production in a small theater is a different experience than seeing a film at a movie theater.

“It’s different when you’re able to see it live, and you’re in a community of audience members at the same time who are experiencing it live,” Wafer said.  “You’re able to engage with the artist following the show.  The engagement between the artist and the audience is totally different.”

The WACO Theater Center has education programs in collaboration with the KIPP Charter Schools.  WACO launched the Films for Teens by Teens program where they teach students how to create short films.  Currently the program is open to KIPP students, but the program will soon be open to students city wide.

One of the most spectacular events at the WACO Theater Center is the annual Wearable Art Gala.

“It’s an amazing event, and it’s been called the Black Met of the West Coast,” Wafer said.  “It’s a big party.  It’s food, it’s drinks, it’s a Second Line (parade).  And it’s a chance to honor individuals who are doing tremendous work in their communities.”

The WACO Theater Center is in North Hollywood’s Arts District, but it could move its entire operations to South Los Angeles in the near future.  The Vision Theater in Leimert Park will be looking for an operator when renovations are complete, and the WACO Theater Center will be submitting an application.

For more information about the WACO Theater Center performances and education programs, visit their website at www.wacotheatercenter.com and follow them on social media.