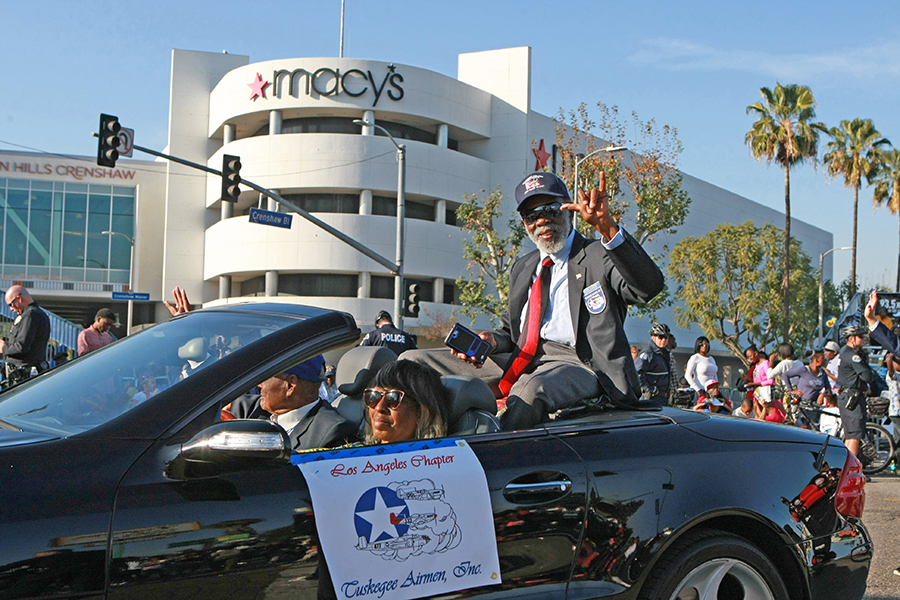 The Los Angeles native was well loved in South L.A.

Los Angeles has lost one of its treasures.  Tuskegee Airman Theodore G. “Ted” Lumpkin, Jr. passed away a few days before his 101st birthday.  He leaves behind his wife Georgia, whom he married in the late 1940s, and two children.

Lumpkin was born in Los Angeles in 1919, and he attended Jefferson High School before moving on to Los Angeles City College and then USC.  While at USC, he became a member of Alpha Phi Alpha Fraternity, Inc.

During Lumpkin’s senior year at USC, he was drafted into the Army in 1942.  He was sent to the Tuskegee Army Air Corps Base in Alabama for basic training as a member of the 689th Aircraft Warning Squadron to learn RADAR.  After completing basic training, he was accepted into Officer Candidate School.  He graduated as a second lieutenant in January of 1943.  He was then assigned to the 100th Fighter Squadron at Tuskegee Army Air Corps Base as an administrative officer.  Upon completion of Combat Air Intelligence training, he was assigned back to the 100th Fighter Squadron as an Air Combat Intelligence Officer.

In February of 1944, Lumpkin was shipped overseas with the 332nd Fighter Group to Italy in the European Theater.  He served as an Air Intelligence Officer for the 100th Fighter Squadron, 332nd Fighter Group, from February of 1944 to November of 1945.  His primary role was briefing unit pilots for their combat missions to Northern Italy, Eastern Europe, Southern France and Germany and debriefing them following their return from the missions.  His other duties included preparing intelligence reports for group intelligence regarding mission results and presented intelligence briefings to the unit ground support personnel concerning overall WWII progress.

In 1946, Lumpkin was honorably separated from the U.S. Army Air Corps with the rank of Captain.  In 1947, he began civilian employment with the County of Los Angeles.  After 32 years with the county working for several departments in various critical administrative positions, he retired in 1979.  That same year he took and passed the real estate examination for the State of California and received his California Real Estate License.

Portions of this article comes from Tuskegee Airmen Inc.