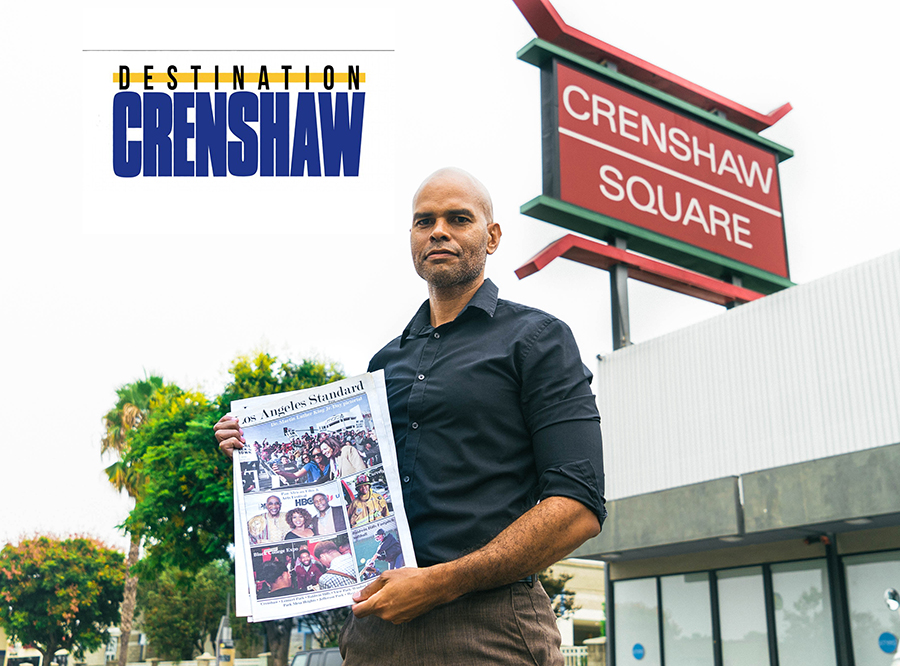 The feature is for Destination Crenshaw's Faces of Black LA series

Meet Jason Douglas Lewis, owner and publisher of L.A. Standard Newspaper. Jason grew up near Crenshaw Blvd. and Washington Blvd., graduated from Fairfax High School and UCLA, and is a writer and a photographer who produces positive content regarding Black communities in Los Angeles. His articles range from topics around fellow Angelenos, small businesses, and community service programs in our neighborhoods that have made great contributions to our city but have not received much media spotlight. It is important to Jason that he highlights positive images of Black LA in his newspaper because those stories often get overshadowed in favor of negative news like crime, unemployment, or poor education. His goal is to change the perspective that Black people live in war zones and use his platform as the publisher of a local Black media outlet to find stories that combat that narrative. To Jason, Black LA is home. “Black folks in LA are awesome, and everyone should know that! The Los Angeles Standard Newspaper is extremely community driven. I love it when people flip through the newspaper and see people who they know, places that they go, and learn something new about something or someone in their neighborhood. Black LA is home. The Lewis family has been in Los Angeles for over 100 years. I’ve lived the bulk of my life off of Crenshaw Blvd. and I’m not planning on leaving. I love the Black people and the Black culture in this city.” Photo by Lee Vuitton. For more information about Destination Crenshaw, visit www.destinationcrenshaw.la