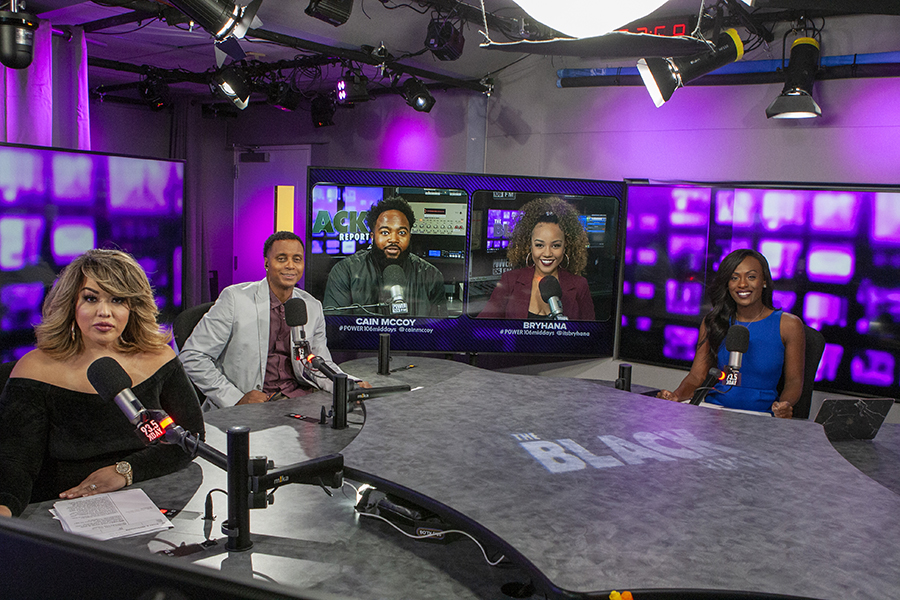 Politics has been the major topic of 2020, with the COVID-19 pandemic, social justice protests, and the Presidential election being heavily covered.  While these political topics affect all Americans, the political topics hit the various races in this nation differently.  Mainstream media outlets broadcast national news stories to a broad audience, with the majority of the viewers being White.  That makes Black media outlets extremely important.

FOX SOUL, which is a live and interactive streaming channel dedicated to Black viewers, broadcasts The Black Report daily.  This is an all-Black news show that features Brook Thomas, Power 106’s Cece Valencia and Romeo, and 93.5 KDAY’s Bryhana Monegain and Cain McCoy.  This daily show covers the topics that CNN, MSNBC, Fox News, and other political networks cover, but they’re coming from a Black perspective and discussing how issues specifically affect Black communities.

“We’re Americans, just the same as every other American,” Thomas said.  “But our perspective is different because of the history of this country.  And our perspective is always going to be different because of the history of this country.  When you look at national news, it’s not often explained how one story affects everybody in different ways.  When it is explained, we (Black people) don’t often get to be the ones with a seat at the table to share our perspective about how things affect us.  We’re not the focus of attention when it comes to news.  That’s why a show like ours is important.”

While the COVID-19 pandemic has affected the entire nation, Black Americans have been hit harder.

It’s important for Black people to hear how this pandemic, or any other issues, specifically affects them, and what the resources are that’s available to them.  It’s important to hear this from a Black news cast because those media personalities have lived the same Black experience that their viewers have.

“We will give views that are not influenced by a sector of America that does not live our lives,” McCoy said.  “It’s one thing to report the news, it is another to actually live the news that you are reporting.  We are not simply reading off of a prompter and going to the next story.  We have an experience with that story.  Whether it happened to us personally or to somebody that we know.  So once we give you that news, we’re also going to give you our opinion.  Some people may agree with it and some people may not agree with it, but they will know that it’s coming from a Black perspective.”

The Black Report does not only focus on Black news because there are many national news stories that may not involve Black people or Black communities, but those stories still affect Black America.

“Even if we do stories that may not be about Black people per se, there’s still a Black perspective there that we can give,” McCoy said.  “Even though that particular story may not involve a Black person, there are Black people who have lived through that.  There are stories that transcend race and relate back to us.”

FOX SOUL celebrates Black culture, and on The Black Report, the news casters make references to Black pop culture pretty often.  During a recent show, a reference to the film “New Jack City” was made by Romeo.

“We’ll use a metaphor to make something a little easier to digest,” McCoy said.  “Many people know the Wesley Snipes (Nino Brown), G-money characters.  Either you know the movie or you know the memes.  So by applying that to politics, we can make it relatable or understandable.”

The Black Report can be viewed at www.foxsoul.tv, and on FOX SOUL’s social media platforms.