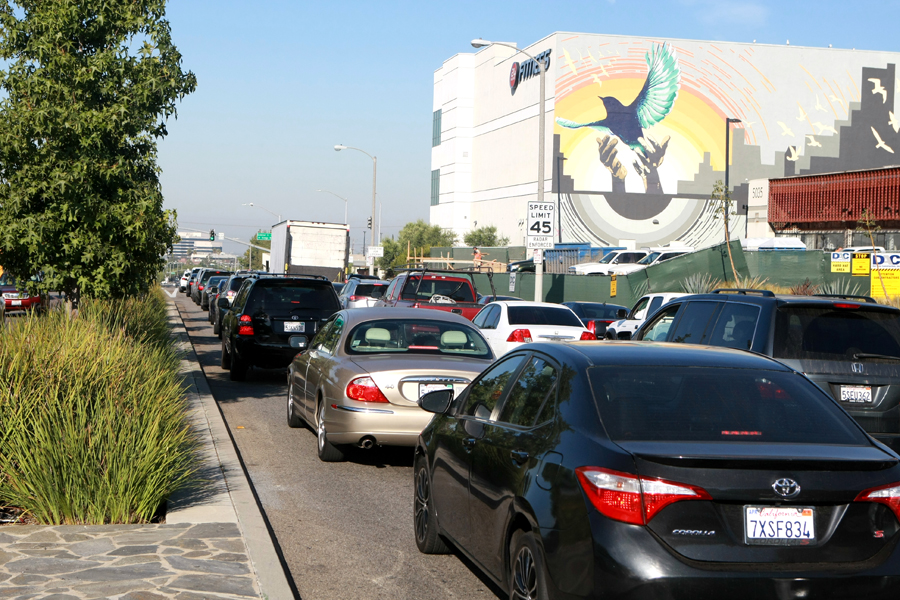 Supervisor Mark Ridley-Thomas and the Department of Public Works are addressing this traffic problem.

Rush hour traffic in Los Angeles has become unbearable in many areas.  It is well known that the freeways are like parking lots, but the traffic is just as bad on many surface streets.

One of the most congested streets in South Los Angeles is Slauson Ave. heading west from La Brea Ave. to La Cienega Blvd.  That stretch is only about three quarters of a mile, but it can take upwards of 20 minutes to pass, which is longer than the time it would take to walk that distance.

The traffic issue on Slauson Ave. also creates problems for other main streets and for the surrounding neighborhoods.  Centinela Ave. and Stocker St. are also heavily congested as people look for different routes to navigate around the area, and many commuters seek alternate routes by driving through residential streets, which is not any faster but highly inconvenient to people who live on those streets.

Supervisor Mark Ridley-Thomas’ office is working with the Department of Public Works to reduce the traffic congestion in this area.  The Los Angeles Board of Supervisors recently awarded a contract for a Traffic Signal Synchronization Project on Slauson Ave.  This project extends from Rimpau Blvd., just west of Crenshaw Blvd., to Shenandoah Ave., just west of La Cienega Blvd.

Construction for this project started in October and is expected to be completed in the spring of 2018.