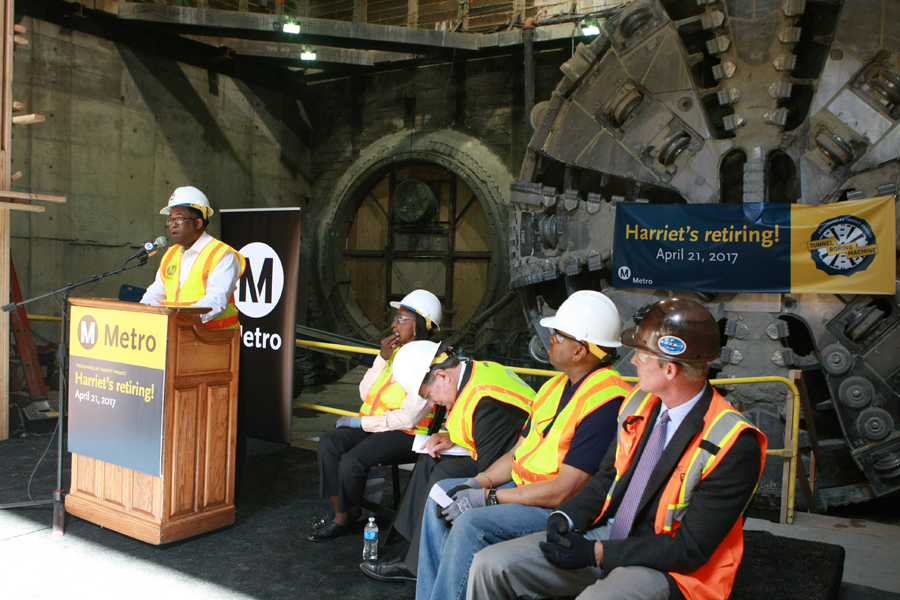 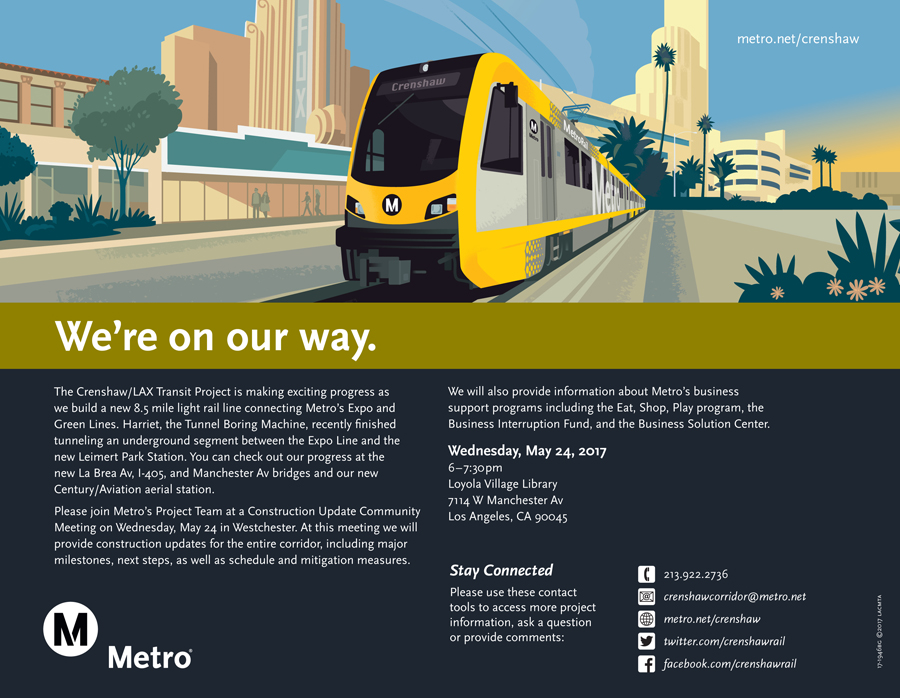 The 950-ton, 400-foot-long tunnel boring machine, which is named after the famous African-American abolitionist and humanitarian Harriet Tubman, completed its mission of digging out twin tunnels under Crenshaw Blvd.

Harriet began excavating the first of the two rail tunnels in April of 2016, and it took six months to make it to the Leimert Park station.  A month later the tunnel boring machine was transported back to the station at Exposition Blvd. to begin the second tunnel.

Harriet moved through 60 feet of soil and rock per day to create the one-mile twin tunnels.  The train will travel above ground at Vernon Ave.

This construction project has created major traffic issues along Crenshaw Blvd., with the small businesses that line the street being affected the most.

“We all know the construction is a messy business but with the arrival of Harriet to Leimert Park we are beginning to see the light at the end of the tunnel,” said Metro Board Member Jacquelyn Dupont-Walker.  “The small mom-and-pop businesses that have been through a lot of hardship during the construction period will soon reap the benefits that a project like the Crenshaw/LAX can bring to our communities.”

Metro’s Project Team will host a Construction Update Community Meeting on Wednesday, May 24 at 6 p.m. at the Loyola Village Library, 7114 W. Manchester Ave.  Updates for the entire corridor, including major milestones, next steps, schedules and mitigation measures will be provided.