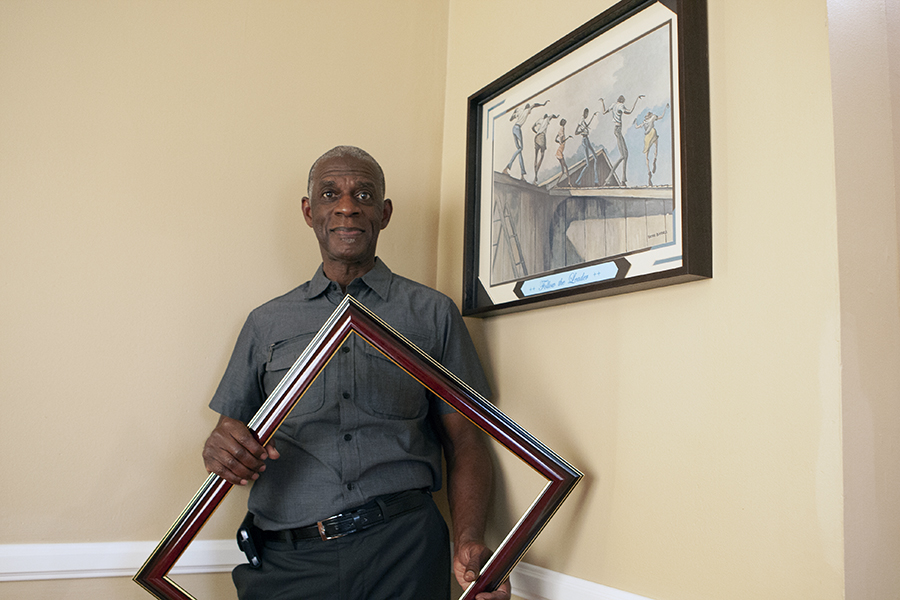 “It’s amazing what framing does to a piece of art.” -Dennis DeLoach, owner of DB International Framing

Many pieces of art are only as good as its presentation, and simply putting artwork in an inexpensive frame can do that art a disservice.

“It’s amazing what framing does to a piece of art,” said Dennis DeLoach, owner of DB International Framing.  “Some people really don’t know how much it changes, not even the look, but even the value, when a person sees a nicely framed piece of art.  The framing helps make it as awesome as it is.”

DeLoach works in the Crenshaw District, and he offers creative matting that most framing companies do not.

“The frame itself is a work of art and the artwork comes alive,” he said.  “It jumps from a dull presentation to a shining presentation.  Most people really don’t know that framing makes their entire art presentation enhanced.  That’s where I come in.  I love to make creative designs in the matting.”

Just like artwork enhances a room, a custom frame does the same.

“Much like rugs decorate floors and furniture decorates rooms, artwork decorates walls,” DeLoach said.  “A custom framer’s job is to enhance the wall presentation of art, which in a way, makes him or her an interior decorator.”

DeLoach is originally from Oakland, and he’s lived in Los Angeles since 1974.  He is a professional writer and poet, and he’s written a stage play.  He owned a publishing company in the 1970s, and he later became an art dealer, focusing on Black artists.  As he sold art, he would also get the artwork framed at a local framing company.  His customers appreciated the full service that he offered.  After observing the framing technique, he felt that he could do it himself, so he purchased a machine to cut the mat boards, and he’s been doing framing ever since.

DeLoach credits his abilities as a framer to his creative background and his love for art.  He frames paintings, pictures, diplomas, photo collages, cloths, rugs, masks, and he creates shadow boxes.

“Whatever doesn’t move, I generally can frame it,” he said.

DeLoach can pick up and drop off to customers, and he also offers hanging services for people who do not have carpentry skills.