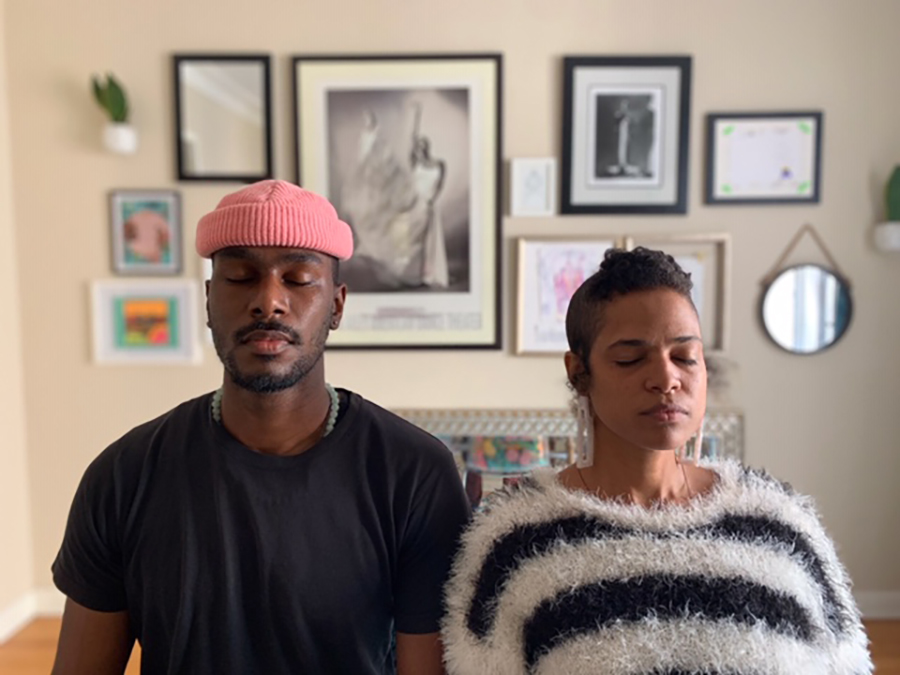 Breathe Again with TM is helping people overcome the health issues brought on by trauma and stress.

Stress can contribute to some major health issues, including heart disease, diabetes, depression, and weight gain or loss.  Besides major changes to a person’s diet and exercising more, there is one simple thing that people can do to minimize these problems: Transcendental Meditation.

This form of meditation is preformed twice a day for 20 minutes each session, and all a person has to do is sit down in a quiet area.

“There’s been over 600 studies done on the Transcendental Meditation technique, and a lot of the benefits are helping conditions that are found in Black Americans,” said Sibongile West, chairwoman and founding member of Breathe Again with TM.

Black Americans have dealt with racism in several different forms for over 400 years in the Americas, and there are always issues that are unfairly put on Black Americans’ shoulders.

“Black Americans are a very unique ethnic group,” said Rashied Jibri, executive committee member of Breathe Again with TM.  “We’re about the only ethnic group that has been disconnected from our heritage.  In psychology, the feeling of belonging is very important.  If someone feels isolated, that is very traumatic.  Subconsciously, since slavery, we’ve been cut off and it’s a deeply-rooted trauma that’s been going on from generation to generation.  This is what gives rise to high blood pressure, diabetes, and other issues that run rampant among African Americans.  Transcendental meditation has been shown to reduce those deeply rooted generational stresses caused by trauma.”

This simple-to-do technique reduces cortisol, which is the stress hormone.  It also reduces blood pressure and anxiety.  It’s being used as a healing modality for people who have post-traumatic stress.

“When stress is relieved, the person finds that they have more energy during the day, they find that they’re more pleasant, they’re happier and more creative,” West said.  “It’s a natural occurrence that happens.”

This technique can be taught to young children and elderly people.

“The beautiful thing about the technique is that it is so universal, and there’s not really a lot of prerequisite in terms of the type of person who can do this,” Jibri said.  “Somebody as young as five years old can learn the technique.”

Unlike diet and exercise, a person does not really have to change anything to gain the benefits from transcendental meditation.

West and Jibri typically teach transcendental meditation outdoors, especially now duing the COVID-19 pandemic.  They also teach the technique through online webinars.  For more information, visit www.breatheagainwithtm.com or email them at This email address is being protected from spambots. You need JavaScript enabled to view it..  Follow them Instagram, Facebook, and YouTube. 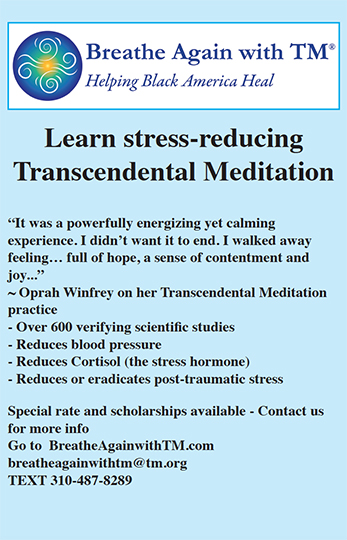