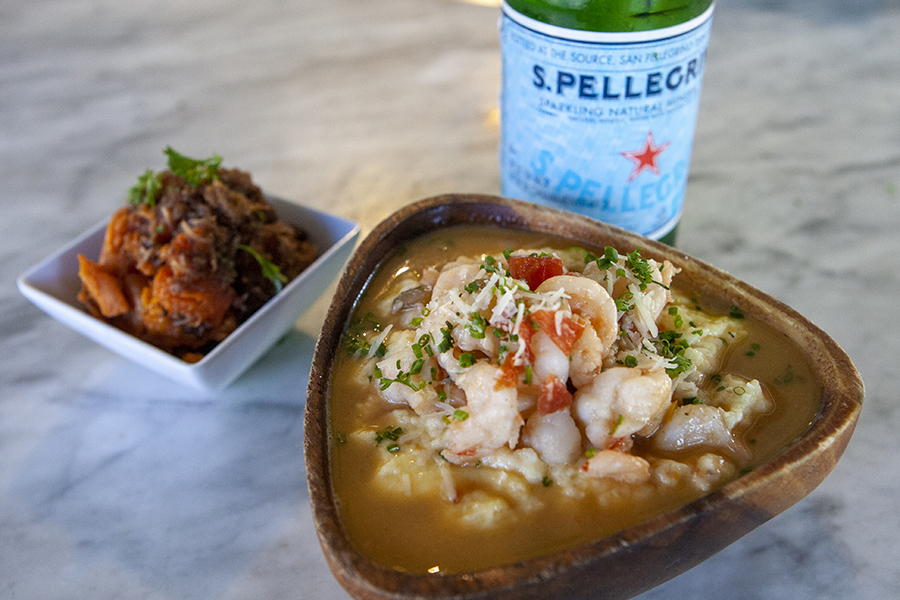 Los Angeles’ food scene is like the city itself.  Flashy and health conscious.  Chefs in this city are like artists who create visually-appealing dishes, satisfy locals’ taste buds, and are aware of their customers’ well being.

Soul food has always been a part of Los Angeles’ Black communities, and My 2 Cents L.A. executive chef Alisa Reynolds, who is from Los Angeles, has combined soul food with American comfort food, and conformed it to this city’s needs from her perspective.

“It’s my opinion on American and soul food,” she said.  “I don’t really call my restaurant a soul food place because it’s standard American, kind of from a Black perspective.”

Many of the items on Reynolds’ menu are gluten free and there are several vegan options.

“We started the restaurant with the vegan, gluten free, modern version of soul food,” she said.  “I just wanted to have a lighter side of things that are familiar with us.  It’s more of a conscious comfort.  I call it an ‘evolved nostalgia.’  It reminds you of your childhood but it feels like the presence in terms of consciousness.”

The popular dishes are shrimp and grits, fried green tomatoes, oxtail tacos, black-eyed peas hummus, a crispy turkey meatloaf burger, and barbecue fried chicken.  All of these dishes are based on soul food recipes, but with more of a flare that Los Angeles is known for.

“I don’t know if oxtail tacos and black-eyed peas hummus are soul food, but it’s my rendition of using some of the traditional ingredients that we’re used to as a culture, and then flipping them on their head,” Reynolds said.  “I’m from L.A., so the tacos is like a standard here.  So I thought that we’d throw ox tails in because it’s a standard in soul food and Black traditional cooking.”

Reynolds even took the chicken and waffles dish to a new level by infusing the chicken into the waffles.

“Some of these recipes are ingrained in our culture, so I kind of just wanted to add a little twist or flare to it,” she said.  “I wanted the food to be a reflection of the city.”

Reynolds has been a chef for 20 years, and she was French trained in New York City.  She opened her first restaurant here in Los Angeles in Silverlake.  She chose to open My 2 Cents L.A. on Pico Boulevard because she’s from the Mid City area.  She grew up in Country Club Park, which is off of Crenshaw Boulevard and Pico Boulevard, and she attended Westchester High School. 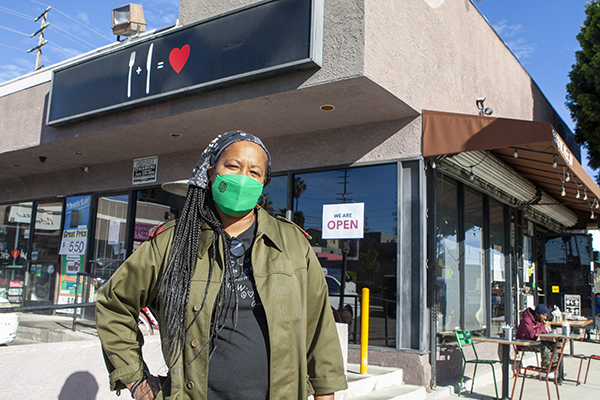 There are several Black-owned businesses along Pico Boulevard between La Brea Avenue and Fairfax Avenue, and there is still a thriving Black community in the Mid City area.

“Because of the geographical switch in terms of gentrification, I wanted Black bones in that neighborhood because I saw a change within the next 10 years,” Reynolds said.