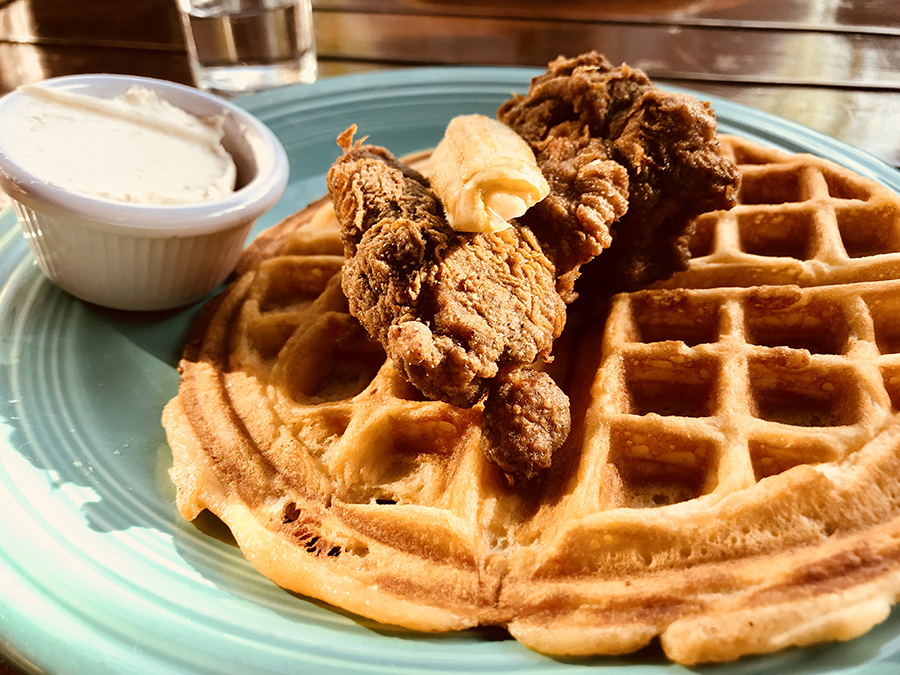 Post & Beam has Southern and California comfort dishes on their menu. Photos by Jason Lewis

John and Roni Cleveland are the new owners of Post & Beam, and they’re continuing along the same path as founders Brad and Linda Johnson, and founding chef Govind Armstrong.

Post & Beam has been a staple in South Los Angeles dining since it opened at the Baldwin Hills Crenshaw Plaza in 2011.  Sitting in the location where Golden Bird Friend Chicken once sat, where the Stennis family sold some of Los Angeles’  best fried chicken, Post & Beam has infused California comfort food with Southern soul food.  And they created an Afrocentric atmosphere that made locals feel right at home.

Founders Brad and Linda Johnson, and founding chef Govind Armstrong have passed the torch to new owners John and Roni Cleveland.  This wasn’t an abrupt decision, as John has been preparing for this position since he was hired as an executive chef at Post & Beam in 2017.

“I approached them with the idea of mentorship and creating a long-term relationship,” John said.  “They thought that I was ready for it and they were happy to pass it along.  And they still guide us.  I still get a chance to talk to Govind and Brad every week.  They coach me on how to make the right moves, and we go over the menu.  They’re guiding me as I grow.  They are a wealth of knowledge.”

John’s background as a chef goes all the way back to his childhood.  He’s originally from Oakland and he spent several years of his childhood in North Carolina.  Cooking was a way of life in his household when he was growing up.

“My grandmother would today be considered a chef,” he said.  “I grew up in that environment.  We used to cook for the neighborhood and for big families every weekend.  I used to eat with my family every day.  Some of the recipes that I have incorporated into the menu here at Post & Beam are my families recipes.”

John’s father was a pit master, and he learned from his father by watching and performing the grunt work.

“I never got to cook,” he said.  “I would be the guy who cleaned the grill and built the fire.  My father would say, ‘Bring me my ribs; put this rub on.’  For me it was all about eating until I got a little older.”

John has worked pretty much every position in a restaurant.  He’s been a cook, dishwasher, server, bartender, and manager.  He was able to take his craft to the next level when he moved to Los Angeles.

“Coming here to L.A., I was able to work under some chefs that evolved my cooking into more of an art form than just being great food,” he said.

While John already had the ability to make great tasting food, he had to learn how to create the proper dining experience and design plates that visually grabbed people.

“I’m just in love with the dining atmosphere,” he said.  “That’s been a big part of my life.  Getting better at presenting a dinner is something that I’ve always wanted to achieve.”

Post & Beam was the perfect landing spot for John as he used to take Roni, who is from South Los Angeles, there when they were dating.

“I always thought that Govind and Brad were people that I wanted to work under so that I could become a better chef and a better entrepreneur,” John said. 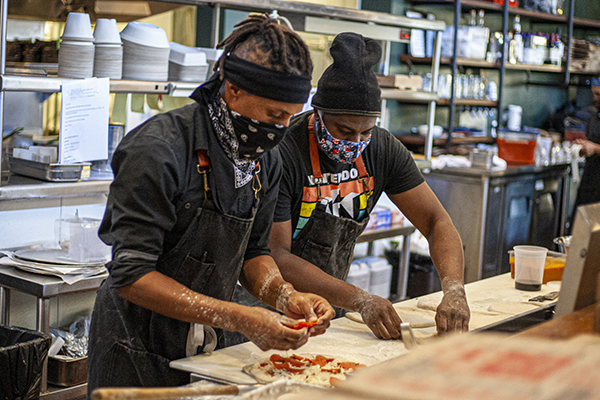 Under the Cleveland’s leadership, Post & Beam is still known for their shrimp and grits, braised short ribs, cast-iron chicken, and other Southern dishes.  And with their pizza oven, they are well known for their California comfort foods.  This is one of the best brunch spots in Los Angeles, and their dinner menu is amazing.  They also have a full bar.