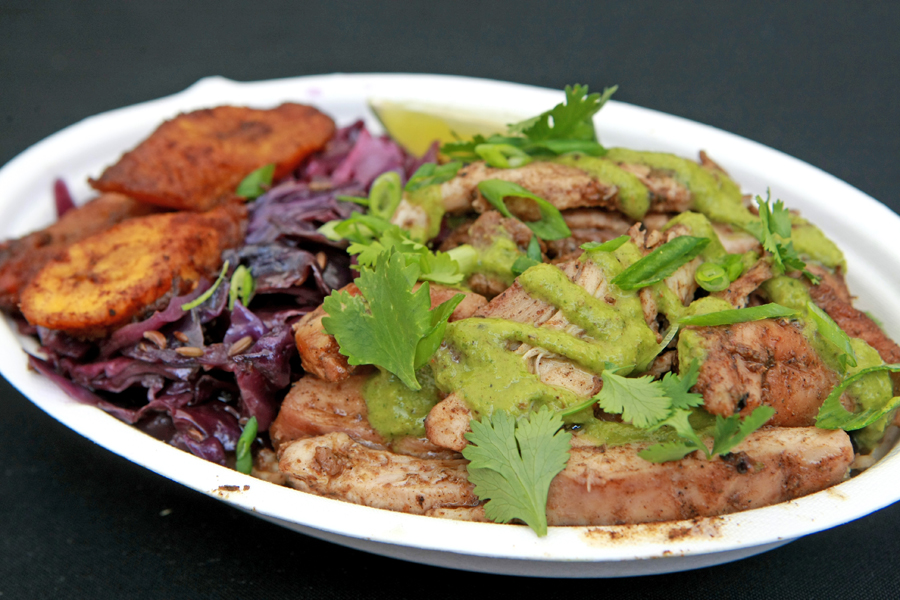 The Crenshaw Farmers’ Market provides some of the freshest fruits and vegetables, and tastiest health food in South Los Angeles.  Besides the produce that comes from local farms, this weekly event, held at the Baldwin Hills Crenshaw Plaza, also features a foodcourt that has a variety of delicatessens.

“The food court has healthy and locally-prepared foods with an emphasis on delicious,” said Marie-Alise de Marco, manager of the farmers’ market.  “At the Crenshaw Farmers' Market, we've worked hard at bringing really tasty, healthy and exciting cuisine to our food court.   One of the great things about a city like Los Angeles is the fact that we have so many people from so many different places, which gives us access to so many types of cuisine.”

There are a lot of people who are from the Caribbean region in Los Angeles, and their food is well represented at the farmers’ market.  Caribbean Gourmet and Who’s Hungry Caribbean & Catering bring island culture to this area with jerk chicken, curry dishes, meat patties, plantain, and pastries.

While she is from Guyana, a number of Alleyne’s dishes come from Jamaica, Trinidad and Tobago, Barbados, and other countries along the Caribbean Sea.

Delicious food is not the only thing that customers receive from Caribbean Gourmet.  Caribbean hospitality is also included.

“We treat you like you’re in our home,” Alleyne said.  “We love to feed people.  We don’t ever skimp on stuff.  If we give you a sample, we’ll give you a very generous serving for a sample.”

Alleyne takes great pride in feeding the public.  That comes from her upbringing in Guyana.

“People in the Caribbean get a little offended if you go to their home and you don’t eat,” she said.  “It’s a cultural thing.”

Stuart Eubanks, owner of Who’s Hungry Caribbean Catering, is also making amazing Caribbean food, but unlike Alleyne, he is not from that region.

Jerk chicken is Eubanks’ most popular dish, and he also has ox tails, lamb, and vegan options.  His customers enjoy the food that he cooks, especially people who are native to the Caribbean region.

In addition to serving great food, both Alleyne and Eubanks support local farmers.

“They source ingredients from the other farmers' markets they attend, so they support local food in their international dishes,” de Marco said.  “I am grateful that these two talented cooks bring the regional differences of the Caribbean to our little corner of L.A.” 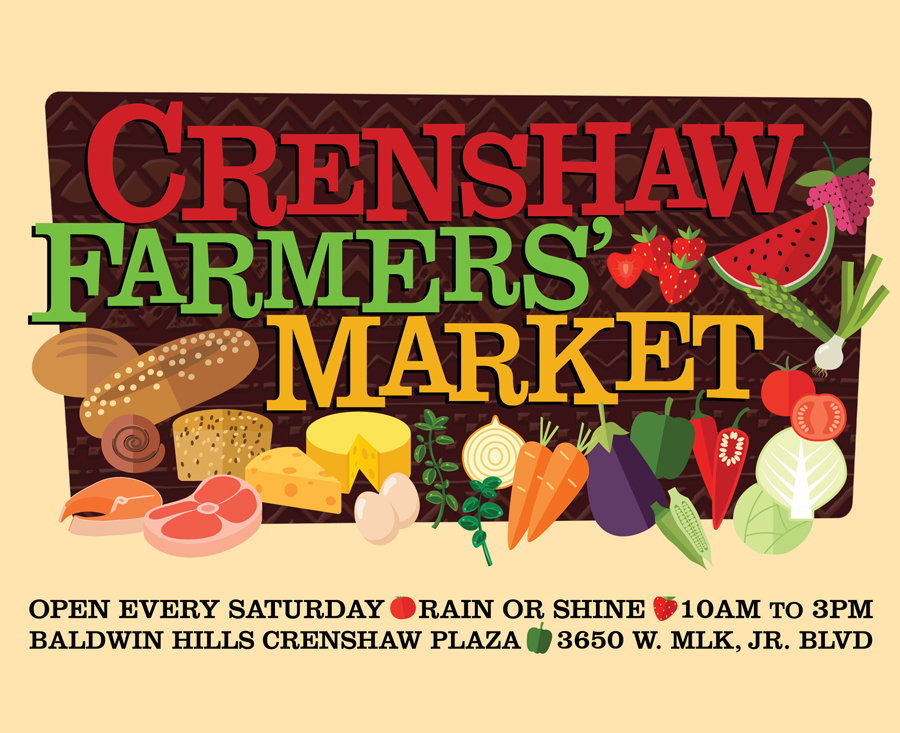