The Inglewood native’s hometown strongly influenced his career and his desire to feature local news.

Growing up in Inglewood, Melvin Robert would get into trouble for three things.

Many parents would like some peace and quiet, and they would also cringe at their child talking to strangers, but for Robert, he was actually being prepared for a career in television.  He is currently an anchor on Spectrum News 1’s morning show “The Beat on 1” from 5 a.m. to 9 a.m. and he is the host of “The So Cal Scene,” which airs on Wednesdays at 9 p.m.  Spectrum subscribers can find Spectrum News 1 on channel 1, and their news stories can be found at www.spectrumnews1.com/ca/la-west.

“Here at News 1, we’re more local than local if that’s possible,” he said.  “Our term here is ‘hyper local,’ so you’ll see stories here that you may not traditionally see on other local news outlets.  We’re not just covering the community, but we’re in the community.  We’re walking hand and hand with the stake holders and residents to make sure that their voices are being heard and that we’re telling stories in a way that’s authentic and true to what’s actually going on.”

While Robert has a great appreciation for the various areas in Los Angels County, Inglewood had the greatest influence on his upbringing.  His family owned F & M Market on the corner of Van Ness Avenue and Arbor Vitae Street, and his grandparents were one of the first Black families to move to Inglewood in the 1960s.

Robert worked at the market and at times managed the store.  He and his brother used to ride their bikes to Randy’s Donuts, Simply Wholesome, and a few other spots that locals frequent.

From an early age, Robert knew that he wanted to inspire a large audience.

“I grew up very inspired by Oprah (Winfrey),” he said.  “My grandmother, who was a teacher, loved Oprah as well.  We used to talk about how I wanted to be Mr. Robert for the whole world.  So that’s kind of what led me to do what I’m doing now.  I always wanted to do this, but my path was just a little bit nontraditional in the sense that I didn’t go into television right out of college.  But I think that all roads led me to this.” 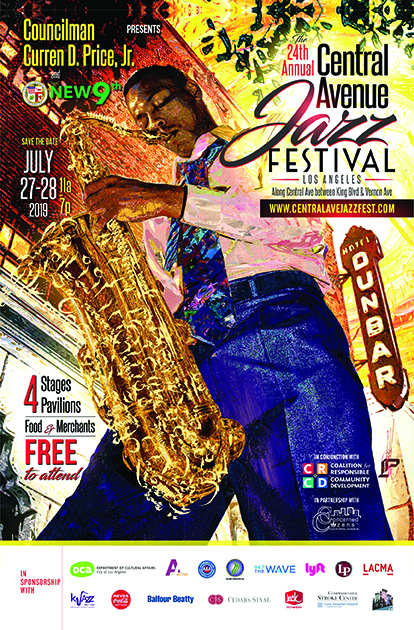 Robert started out as an educator, as he holds a B.A. and M.A. in Educational Studies.  For over a decade he taught at every level from elementary school to college.  During this time he was also working in the entertainment industry, performing in musical theater.  His first job was a Broadway-bound musical called “The Bayou Legend” by Debbie Allen.  He also performed in “West Side Story,” “The Wizard of Oz,” and “The Hot Chocolate Nutcracker.”

While Robert was busy juggling two careers, he got the push that he needed to get into television.

“I was watching local news, and I said to my roommate, ‘I can do that,’” he said.  “And he goes, ‘Well, you’re always say that you can do that, so why don’t you stop talking about it and why don’t you just go and do it?  You should do it.’  And I sat there and thought that he was calling me out, and he was right.”

At the time Robert was working at LMU, and he paid some film students to film him in the university’s broadcast studio.

“I made a tape, and then I had to make another tape because the first one wasn’t all that good,” he said.

Through a connection at LMU, Robert was linked to some photographers at KNBC.  He wrote some stories and then paid them to shoot it.

“I sent it to every small market, but I couldn’t get a job,” he said.  “Nobody would hire me.  It took me three and a half years to get my first TV job.”

“Now I had tape, and I was getting paid,” he said.  “I actually had a job.  It wasn’t something that I paid somebody else to help me to do.”

After giving his tape to a producer at KTLA, Robert was able to get a tryout, and they liked him so much that he became their recurring cultural and lifestyle contributor for two years.  He was then booked for spots on the Wendy Williams Show as a freelance entertainment reporter.  He also appeared on Access Hollywood LIVE, KTLA-5 Morning News, and Good Day L.A.  This all led him to Spectrum, where he can be seen on television every morning.

“I always wanted to do morning T.V.,” he said.  “In the morning, it’s a little bit of flavors of everything.  It’s the happy stuff, it’s the fun stuff, and it’s the serious stuff.  You can show a little bit more of your personality in the mornings because people are just waking up and getting started with their day.  Every morning I think about how cool it is to be a part of how people are going to start their day.  I feel very privileged that I get to do that.  I’ve always wanted to be that reliable and trusted voice that could help people make sense of the craziness that’s happening in the world.  Make people smile, and make people feel like things are going to be okay.”

Besides the morning show, Robert is the host of the SoCal Scene, which is the ultimate insider's guide to arts, culture, and entertainment for every Southern Californian.

“It is all about arts, culture, and entertainment,” he said.  “Every week it’s about presenting the viewer with uniquely L.A. ways to spend your weekend.  The show is really fun and I really love doing it because it really gets to the heart of the community and all of the wonderful things and places to see here in Los Angeles.”

Robert is a member of the National Association of Black Journalists and the Gay Men’s Chorus of Los Angeles.  He wants to inspire people in the same way that he was inspired by key figures when he was growing up.

“I was somebody who watched T.V. and I latched on to people who looked like me, whether it was Black men, or gay men who were out and proud, and I wanted to be one of those people because I was inspired by their stories,” he said.  “I sat at home thinking that I could do that too.  So it’s really important for me to be a reflection to give somebody watching some hope, whether it’s a Black kid or a gay kid, to keep going and keep persevering.”