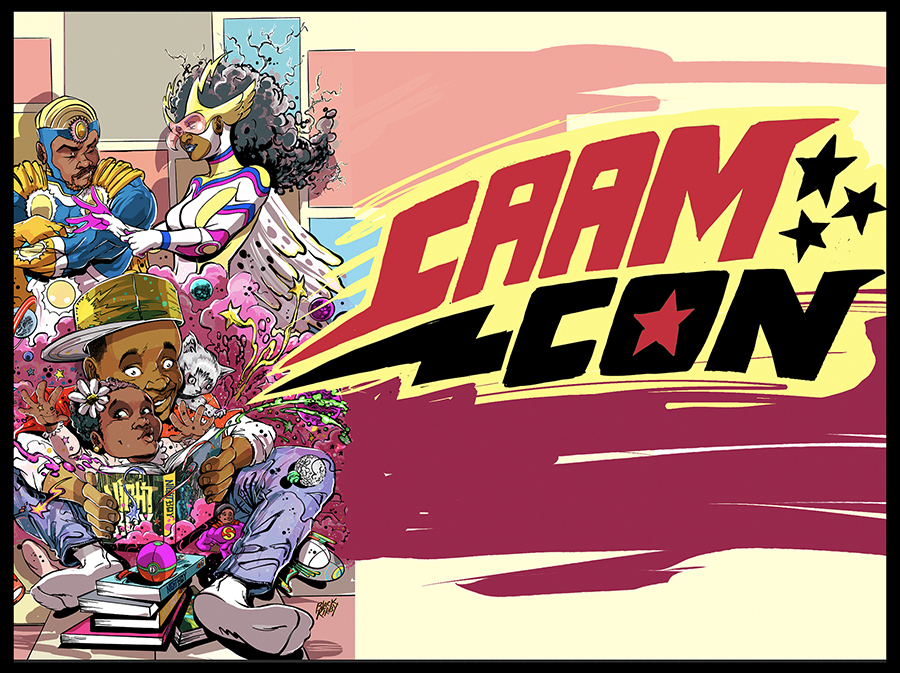 “Black Panther” screenwriter and director Ryan Coogler headlines this event which celebrates the artistry, history, and power of Black comics at the California African American Museum.

The California African American Museum (CAAM) will be the site for the CAAMCon Black Comics Festival on Saturday, December 10, from 11 a.m. to 4 p.m.

“We’re doing an Afrocentric, independent comic book convention,” said the festival’s cofounder John Jennings, who is a professor of media and cultural studies at UC Riverside, a New York Times bestselling author and graphic a novelist.

This free family-friendly event will feature panel discussions and a marketplace. The keynote conversation will feature “Black Panther” screenwriter and director Ryan Coogler and “Creed” screenwriter Aaron Covington.  They will discuss the challenges and rewards of writing Black comics, the transition of stories from comic form to the big screen, and the subversive nature of the comic genre.

In another panel discussion, Jennings is joined by Cody Ziglar, who is a director, podcast producer, and writer for “Marvel She-Hulk: Attorney at Law” and the “Spider-Punk” series; and Rodney Barnes, executive producer of “The Boondocks.”

This festival will be a great experience for people working in the comic book industry, comic book fans, people who like comic book movies, and children.

“One of the things about comic book conventions, yes it’s about fandom and showing support; but this is a business opportunity,” Jennings said.  “A lot of people are picked up for publishing.  A lot of collaborations start happening in these spaces.  So it’s a networking event, and hopefully people can make some money.”

For the comic book fan, this will be a celebration of the history of comics by Black people.

“They’ll be exposed to a lot of comics and characters that they haven’t seen or heard before,” Jennings said.  “These are really well done, and well thought out Black independent characters that are not seen in the mainstream.  It’s like a subculture of characters that you probably have never heard of.  And it’s a deep culture.  I love it when people are introduced to these creators and they’re like, ‘Oh my God, there’s so much out here.’”

Comic book fans usually dress up as their favorite characters to attend comic book festivals, and Jennings hopes to see that at CAAMCon.

For people who may not be comic book fans but are fans of comic book movies such as “Black Panther,” this festival has a lot of Black culture to offer.

“For people who don’t read comics, this is great if you’re interested in Black culture, Black creativity, or Black literacy, or anything dealing with representation,” Jennings said.

For Black children, they will be able to see creators and characters who look like them.  There will also be activities where children can color their own Black comics.