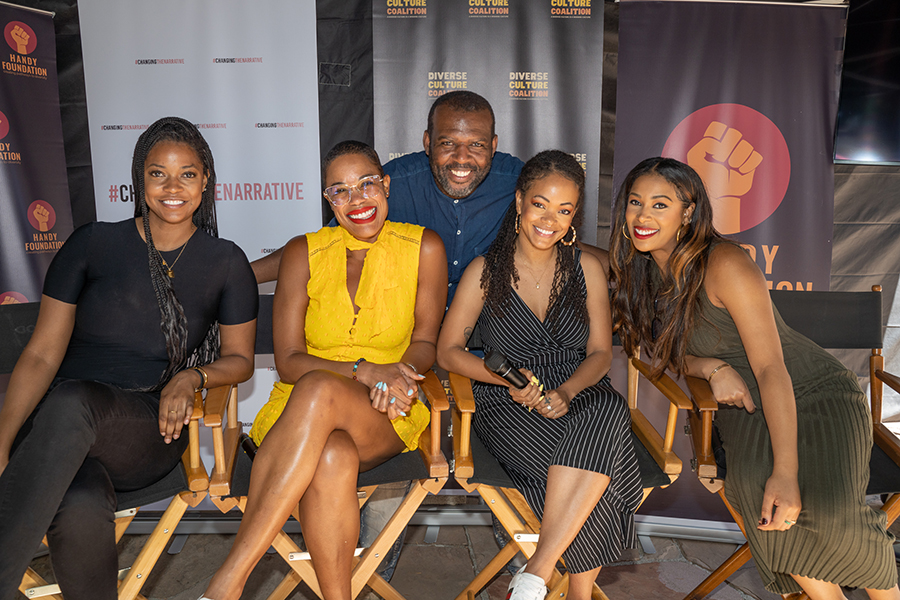 The film industry is massive in Los Angeles, but there is a relatively small percentage of Black people working behind-the-scenes jobs.  The Handy Foundation is creating pathways for diversity in the industry.

The film industry is just a few miles north of Los Angeles’ Black communities, but 94.3 percent of film editors are White (79.9 percent being White men).  According to film editor Ri-Karlo Handy, less than one percent of editors are Black, which prompted him to start a foundation that trains people of color to become editors as well as other professions within the film industry.

The inspiration for the Handy Foundation was the reaction to a Facebook post that Handy created in 2020.  He was simply looking to create a list of Black film editors.  In a private Facebook group for film editors, which had over 14,000 members, Handy created a post saying, “Looking for Black Union editors ... please dm me your contact info!”  The post received a mixed reaction.  Some people were supportive of the effort, but some White people claimed that it was reverse racism.

Handy was able to create the list of Black film editors, and many of them received job offers.

“We alerted the industry that there are a lot of Black professionals in post productions that they may not know about,” he said.

Handy then turned his focus to training young people of color so that they could break into the film industry by creating the Handy Foundation.

“Our foundation is focused on training folks for technical positions behind the scenes,” he said.  “I think there’s a lot of focus on actors, and directors, and writers.  But your average film set has 600 employees.  That’s typically about 590 people making anywhere from $75,000 to $300,000 a year.  And that money is not making it to South Central, even though they’re only 10 miles away.”

The foundation has job training workshops, which is a trade school-type apprenticeship program.

“We are not a community college where you have to learn grammar to run an IT program,” Handy said.  “We’re teaching you the tactical skills that you need to do this particular job.  And we’re not just teaching you.  We’re testing you and evaluating you so that when we put you out in the world and we tell Lionsgate, Paramount, or whoever that you can do the job, they believe us.”

The foundation has direct connections with the individuals who are involved in the hiring process.

“You’d be surprised how much power one line producer or one post supervisor has in this business,” Handy said.  “They have the power to have someone have a very stable, good life in L.A., or no work at all.  That’s what we’ve been focused on.  Connecting the hiring manager with the people that they’ve been searching for.  We can connect you, which is what the benefit of the foundation is.  And we’re building specific programs for each job title and each trade craft in the industry.

The foundation also has a mentorship program.

“We are here to show you how it’s working for others so that you can learn the solutions that’s working around our industry,” Handy said.

This past Juneteenth, the foundation held its inaugural Diverse Culture Brunch at the Wilfandel Club in West Adams.  Hosted by actress Skye Townsend, the event honored the work of the editing team behind the hit HBO series “A Black Lady Sketch Show,” and included a panel discussion featuring top industry creatives.

For more information about the Handy Foundation, visit www.handyfoundation.com and follow them on social media.