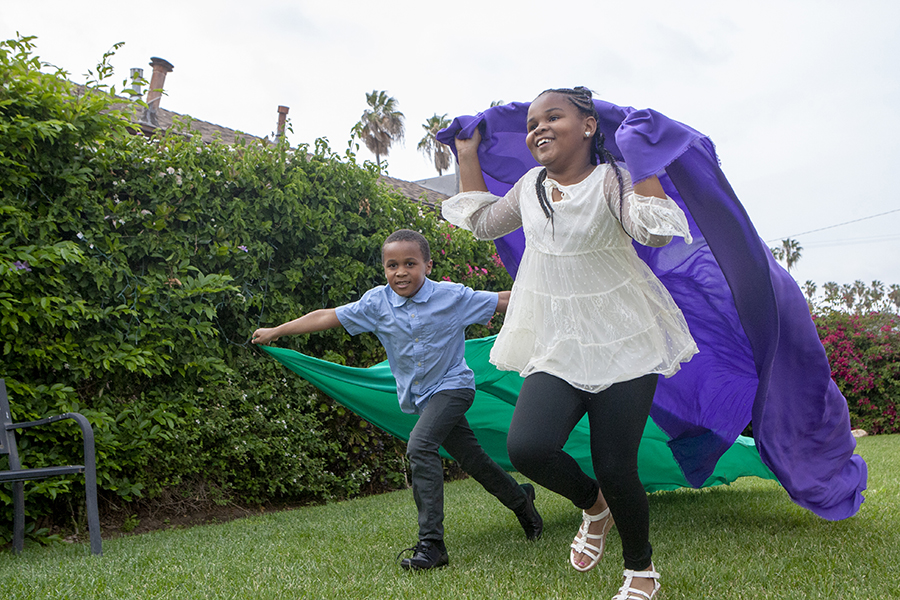 Children will have a lot of outdoor space for fun and educational activities. Photos by Jason Lewis

The summer day camp will feature fun learning activities that are based on Black culture.

Dr. Anndretta Wilson is adding a cultural twist to summer camp.  She has created the Black Arts & Performance Summer Day Camp, which begins June 10 at the L.A. Alpha House in View Park.  The camp has four one-week sessions, and is for children ages five to 12 years old.

At this camp, children will play games and have learning activities like at any typical camp.  But at this camp, they will also learn about Black music, Black art, and Black cultural figures. 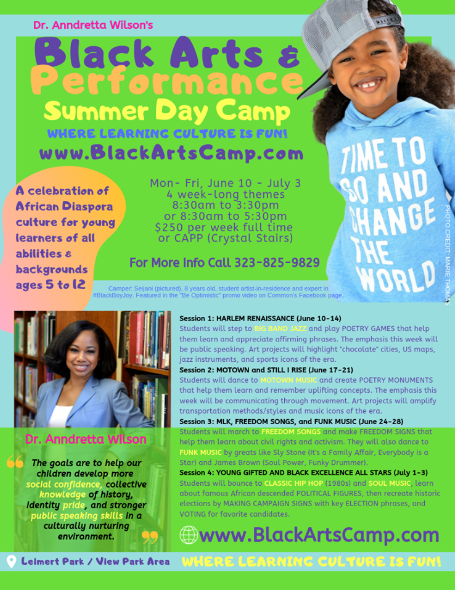 Students will learn about Langston Hughes, Maya Angelou, Dr. Martin Luther King, Jr., and many other Black icons. They will also learn about the Harlem Renaissance, Motown, freedom songs, funk music, R&B and hip hop. This camp will be a celebration of the African-American culture.  The structure of this camp is similar to that of a theater camp.

Wilson is a professor in the Ethnic Studies department at Cal State University East Bay, and interactions with her students partially influenced her to start this summer camp.

“My daily practice is teaching college students,” she said.  “Again and again, I hear my students express that they wish that they had known a lot of these facts, stories, and accomplishments (of African Americans) at an earlier age.  They regret that in a lot of cases their K-12 education did not cover this.”

Wilson also drew inspiration from parents who spoke about issues that their children had.

“About a year ago I read a People Magazine article where Angela Bassett was being interviewed,” she said.  “She shared that her twins started experiencing racism when they were in pre-school.  But this was not the first time I heard this story.  I have a number of friends who have had experiences with their children in environments where they might be one of a few children of color.  They said that they experienced hostilities as early as preschool because of their color.”

Through this camp, Wilson wants to teach children to be proud of themselves and of their race.

“The way to do that is with love of our history; love of our accomplishments; love of Black excellence,” she said.  “We need to send our young people into the world with the kind of confidence that they can share with other young people of color.”

Growing up, Wilson was instilled with a lot of Black pride, which influenced her to succeed at the highest levels.

“I grew up with a lot culture, pride, and Black excellence from a very young age,” she said.  “I feel that has carried me well through institutions where I didn’t see very many people who looked like me.  As an undergraduate at Stanford University, graduate work at Stanford University, and graduate work at UCLA, in environments where I encountered fierce hostility, I was able to draw upon lessons that I had learned at a very early age.  So I want to do my part to make sure that our children today have that same benefit.”

Parents can enroll their children by visiting www.blackartscamp.com, and they can apply for scholarships.  Contributing sponsors include Alpha Kappa Alpha Sorority, Inc, Alpha Gamma Omega Chapter, which Wilson is a member of, and the League of Allied Arts.  Community members can also financially contribute to help local children attend this camp.