The Alabama State University Mighty Marching Hornets heads into the Rose Bowl for a football game against UCLA. Photo by Jevone Moore/Full Image 360

Alumni of Historically Black Colleges and Universities are making an impact professionally, socially, and culturally in Los Angeles.

Historically Black Colleges and Universities (HBCUs) are intertwined in Black culture in the South and in many parts of the East and Midwest, with over 100 Black colleges in those regions.  But those institutions are not present in the Western region of the United States outside of Charles R. Drew University of Medicine and Science in Los Angeles, which is considered a historically Black graduate school.

Even though Los Angeles does not have a HBCU, the culture of those academic institutions is thriving here.  That was showcased recently when Alabama State University traveled to the Rose Bowl to play a football game against UCLA.  The evening before the game the inaugural HBCU Community Block Party was held at Michelle and Barack Obama Sports Complex (formally the Rancho Cienega Sports Complex).

This block party featured the Alabama State Mighty Marching Hornets, a pep rally, and alumni from several HBCUs who live in Los Angeles.  While the game was in Pasadena, it was important to have this block party in the heart of Los Angeles’ Black community.

“We brought it to the Obama Sports Complex because we wanted to do something for the community, by the community,” said Vanda Lee Jones, president of the Alabama State University National Alumni Association Los Angeles Chapter.  “Being that an HBCU is typically surrounded by a predominantly Black community, we wanted to bring that experience into a community that doesn’t have that type of experience here in Los Angeles.”

Many Black college graduates proudly wore hats and sweatshirts of the HBCU that they attended.  This event showed that HBCU culture is present in Los Angeles.

According to Brian Compton, a Grambling State University graduate and owner of All That and Sum Greek Warehouse in downtown Los Angeles, HBCU culture is prevalent in Los Angeles.

“You have a lot of HBCU alumni groups that are very active with keeping the HBCU spirit alive here in California,” Compton said.  “By being a store owner, I deal with a lot of them directly.  So I get to see how active they are and how vigilant they are about insuring that they can get students from this side (West Coast) enrolled in HBCUs.”

There is a major push in Los Angeles to bring awareness of HBCUs to Black high school students.  The Los Angeles Black College Expo is held yearly at the Los Angeles Convention Center in downtown, with the next expo being January 28, 2023.  Stepping in the Right Direction Black College Tours also hosts a yearly college fair. 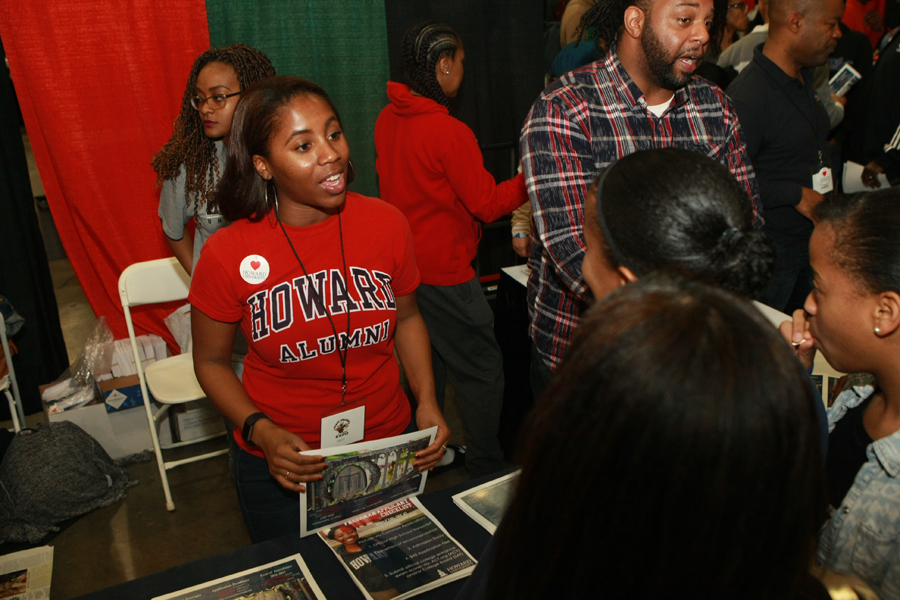 “Historically Black Colleges and Universities empowers more African Americans in America toward success,” Jones said.  “For example, Southern University is known for its outstanding programs in engineering.  Our nursing school is ranked No. 1 among HBCUs.  We have a great mass communications program, and we have the No. 1 law school in the state of Louisiana.  We have governors and senators.  Specifically in our (Los Angeles) chapter, we have alums who work for Boeing as engineers, doctors at UCLA hospital, executives at CBS Television and Paramount Pictures.  We have principals at schools.  Teachers, lawyers, an LAPD, architects.  We have a game camera operator who films every Sunday at SoFi Stadium.  We are everywhere.  We are Southern.”

Recent national publicity for HBCUs has shed light on the accomplishments of Black college graduates.

“You definitely get a lot of doctors, lawyers, and a lot of professionals that come out of these HBCUs,” Compton said.  “Recently, because of the high awareness of HBCUs that we were not previously getting, you are starting to see more HBCUs graduates in professional spotlights in a lot of high-end companies.”

Like many Black professionals, HBCU graduates assist each other as they navigate their way through their professional careers.

“The networking opportunities are great,” said Brandon Williams, a member of the Los Angeles Tuskegee University Alumni Club.  “I can call one of my brothers or one of my sisters from a different Black college, ask if I need some help with something, and vice versa for me.  We look out for each other.”

Socially, Compton attends HBCU events throughout the year as a merchandise vendor.

“There are very heavy pockets of HBCU activity out here,” Compton said.  There’s HBCU day parties, professional  mixers.  A lot of the chamber of commerce are getting involved with HBCUs.  Event wise, I do see a lot more activity taking place, and that’s kudos to the alumni out here in L.A. because they play a big part on the visibility that HBCUs will get.”

“The social scene is amazing,” Jones said.  “Various HBCUs gather throughout the year to keep us united.  We have the HBCU night with the Los Angeles Clippers.  We’re now doing it with the Los Angeles Sparks.  And there are summer picnics and galas.  And Southern has a very special social with Grambling University every year.  Everybody knows about our rivalry game, the Bayou Classic.  For us it’s a family affair.  It’s really a celebration of our communities and it symbolized the schools scholastic accomplishments and traditions.”

Both Jones and Compton pointed out that a large portion of HBCU graduates in Los Angeles are not from the West Coast, similar to Jones.  But they both also pointed out that with the help of local Black college expos, there are a growing amount of Southern California natives who are attending HBCUs, like Compton.