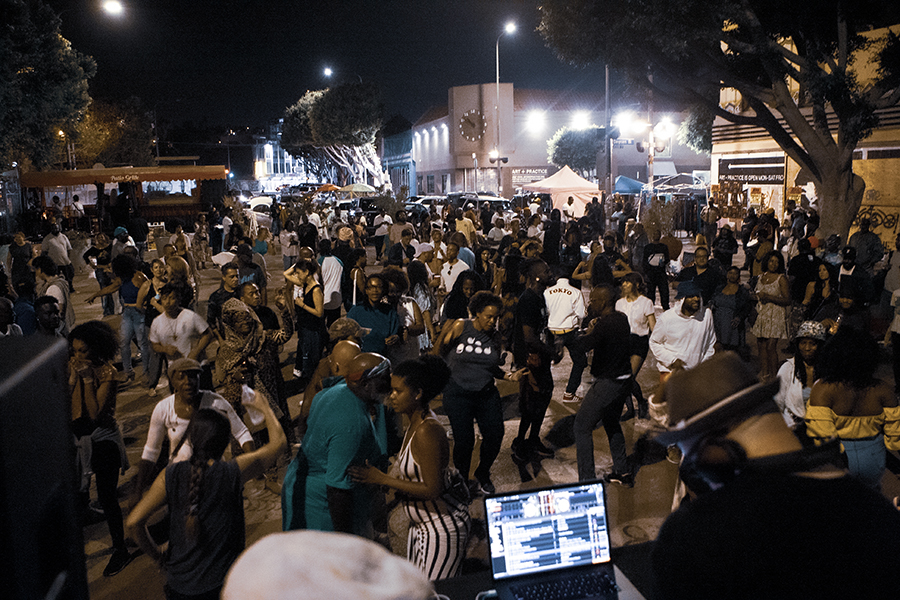 Utopia takes place on People’s Street, in front of the Vision Theater. Photos by Jason Lewis 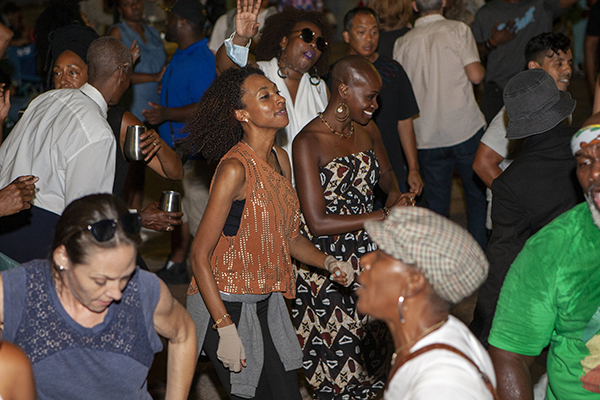 Every Saturday night Leimert Park Village’s party scene comes alive at Utopia as locals come together and dance the night away.

“This is an opportunity to make somebody feel great,”  said Kavion “KG Superstar” Griffith.  “It’s a motivational thing that Utopia is.  It’s an inspirational party.”

Griffith, along with Ride On! Bike Shop/Co-op owner Ade Neff and local musician Ahmad Dawson started hosting this event in the alley adjacent to Hot & Cool Cafe.  With the help of KAOS Network founder Ben Caldwell, the group brought Utopia to People’s Street, in front of the Vision Theater.  Locals of all ages come out and enjoy the party all night for free.

“We play good feeling, great music,” Griffith said.  “And it’s all tribal.  It’s so that people can come have spiritual love therapy.  It’s a release.”

“It’s love therapy, spiritual therapy, and physical therapy through music,” Neff said.  “People say that they need this.  They look forward to this because it’s a release.”

Griffith MCs the event, while he and Neff both take on DJ duties.  They also feature a guest DJ each week.  They play house, soul, Afrobeats, and disco music, and the event has a spiritual vibe.

“Most people didn’t know that they liked house music until they heard house music,” Neff said.  “Some of the locals would tell me that they had never heard like 90 percent of the stuff that I played, but they said that it sounded great and they loved it.  It’s because it’s dance music; it’s Black music; it’s feel good music.  You can’t help but express yourself freely when you hear this music.”

Many people express their own creative side at this event.  One couple comes on roller skates.  One lady danced with a hula hoop, and another group of women wear light-up headbands and gloves. 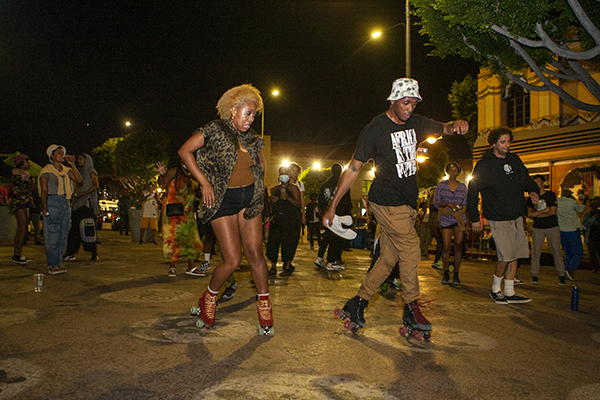 “It’s a space that’s created for freedom of expression,” Neff said.  “You can come and be who you are.  We don’t care; as long as you’re here being respectful and sharing the love.”

Leimet Park Village is the home of Los Angeles’ Black music, art, and culture, making this location an ideal place for an event such as Utopia.

“The village is known for musicianship, creativity, and prominent movements were started there,” Griffith said.  “So it’s so perfect that Leimert Park is the spot that it’s ultimately culminated at because it is the essence of greatness.” 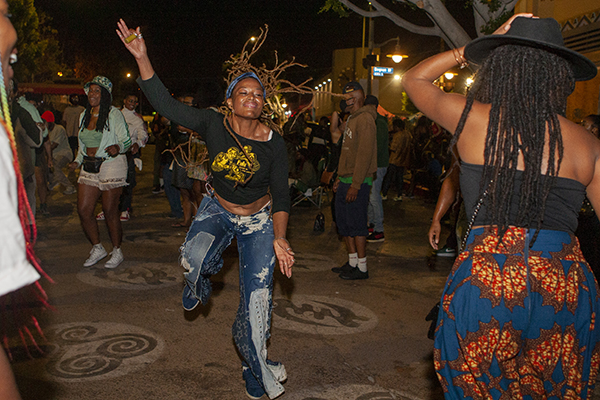 “It’s an arts and cultural hub,” Neff said.  “That’s why most of us go there.  Utopia is just a contribution to the beauty and the freedom that we see in Leimert Park.”