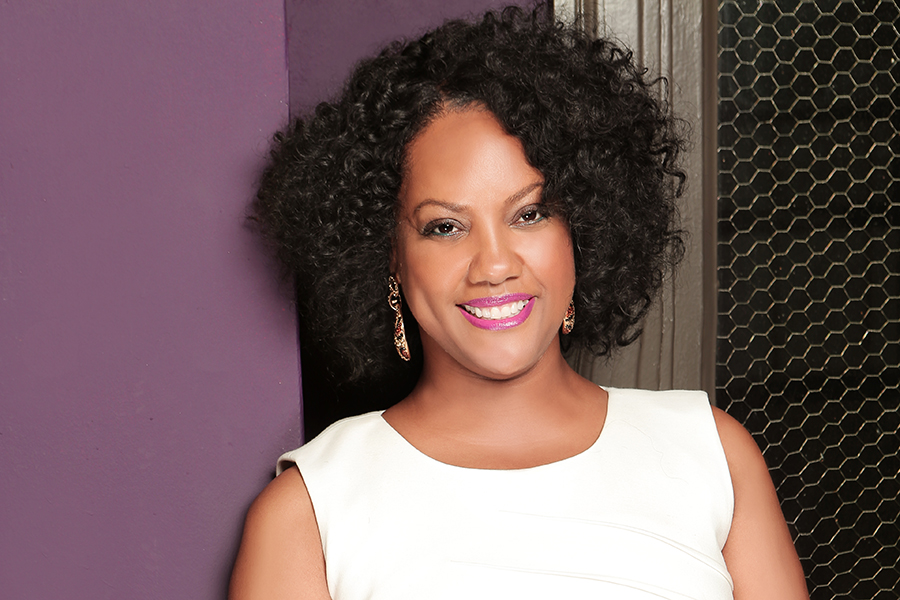 DeVeaux, a South Los Angeles native, has worked on blockbuster films, with major corporations, and with celebrities such as Dave Chappelle and Ice Cube.

South Los Angeles native Latashia DeVeaux is in the midst of an amazing 20-plus year career in publicity, event marketing, and talent relations with an emphasis in diversity.  She has worked with clients from major corporations as well as celebrities from the various entertainment fields.

“I have been very fortunate to work with an array of clients from different industries,” she said.  “I’ve worked with clients in the tech space, luxury automotive, health and wellness, beauty, and entertainment — television, music, and film.”

As the founder of DeVeauxted Enterprises, Inc., DeVeaux has worked with Walt Disney, Sony Pictures, BET, and Universal Studios.  She has worked with celebrities such as Dave Chappelle, Outkast, and she assisted with marketing and legal affairs on blockbuster films, including “Pirates of the Caribbean: The Curse of the Black Pearl” and “Confessions of a Teenage Drama Queen.”

Riding on that success, DeVeaux extended her reach by serving as an Associate Producer on “11-04-08: The Day of Change” for Starz Entertainment. This documentary recorded famous actors as they relived a historical day in America – the election of President Barack Obama.

One of DeVeaux’s most memorable moments of her career was working along side rapper/actor Ice Cube with his BIG3 3-on-3 professional basketball league.  She brokered a deal with the United States Armed Forces Entertainment and executed the first-ever BIG3 and WNBA Middle East Tour to visit U.S. military troops.  During this time, she managed and oversaw all publicity, negotiations and talent relations for all participating athletes and traveled across four Middle Eastern countries over 14 days.

“It taught me very early on to talk to people at every level,” she said.  “That’s one of the things that I pride myself on.  Being able to communicate and talk to people from all walks of life. ”

DeVeaux attended California State University, Northridge, where she double majored in Political Science and African American studies with a minor in sociology.  She received a Master’s degree from USC and an MBA from UCLA.  She had plans to go to law school, but she decided to change course.

“I realized that I had been in school all my life,” she said.  “Literally since I was four years old.”

DeVeaux interned at NBC in the Human Resources Community Relations department, which led her to start a career in public relations.  In this field, she is a story teller who tells compelling stories with or without words.

“In this particular career in publicity, you really need to be able to communicate well in addition to being able to write well,” she said.  “But you also have to be able to build and maintain relationships, which is not easy.  There are people who write well, but they don’t like people.  There are people who can talk to anybody non-stop, but they aren’t the best writers.”

DeVeaux advocates for Black people in the public relations field, and she is the president of the Black Public Relations Society of Los Angeles.

“It’s important that the narratives that we create and the stories that we tell, I want to make sure that we are truly super-servicing our people,” she said.  “Our people being our Black community.  More specifically Black PR, communications, and marketing professionals.”

DeVeaux advises people who are interested in breaking into the field to take writing classes; read a lot of articles from credible media outlets and blogs; to utilize mentorships, and to network up and across.

“You may be going to school with somebody who shares the same interest,” she said.  “You can start this journey together.  It’s so much easier with a team instead of doing it by yourself.”

“It works with your mind to truly think and reason,” she said.  “You’ll be able to dissect things that are being said, and often times unsaid.”