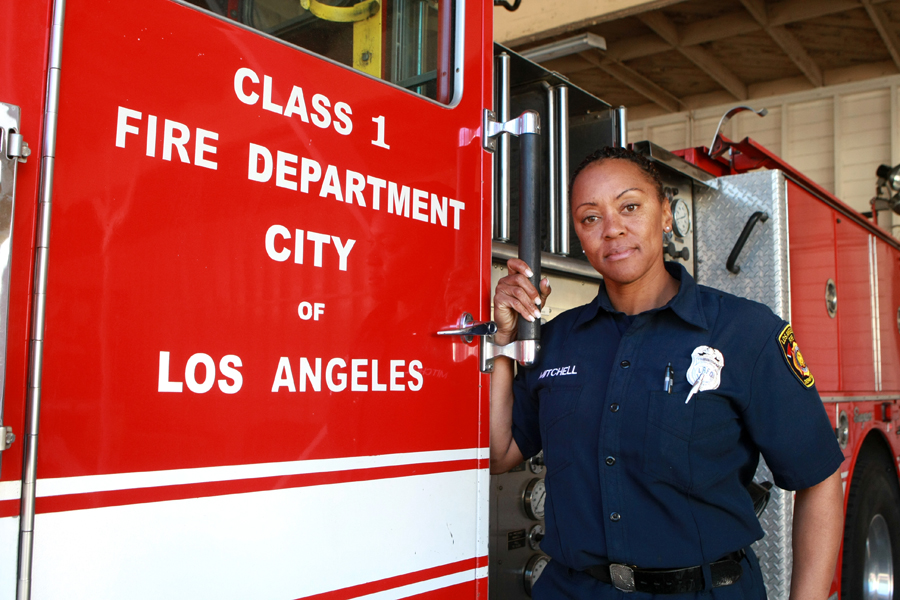 Firefighters are having exciting and financially rewarding careers in the LAFD, which will be accepting applications starting March 5.

TA’Ana Mitchell caught the fire bug later than most people who make the decision to become a firefighter.  When she did catch it in her late thirties, she made a full commitment to become a member of the Los Angeles Fire Department (LAFD).

When Mitchell was first approached about becoming a firefighter, it was like a foreign concept to her.  A firefighter from Fire Station 66, which is on Slauson Avenue near Western Avenue, noticed her athletic build, and told her that she should be a firefighter.  Her answer was simply, “No thank you.”

Mitchell is from Los Angeles, and she has seven brothers, so she grew up in a physical household.  She played basketball at Fairfax High School and Dorsey High School.  She then went on to earn a Bachelor’s degree in physical education from Cal State Dominguez Hills and a Masters of Science degree in health promotion and exercise science from California University of Pennsylvania, which is outside of Pittsburgh.  She joined the military in 2000, and she is still active today.

After college, Mitchell started her career as a physical education teacher, working for Alliance Public Schools throughout South Los Angeles.  She also taught at Los Angeles Southwest College.  She was teaching at Christine O’Donovan Middle School, which is on 54th Street and 4th Avenue, when she was first recruited by a firefighter who saw her conducting a workout with her students.

“Fire Station 66 was doing hydrant testing, and I was outside on the corner having my kids running around the school to complete their mile and a half.  And I saw this firefighter running with a tool in his hand.  He’d open up the hydrant, water would spray out, and he’d close it back.  I’d see the fire engine fly down the street from hydrant to hydrant.  I said to myself, ‘Look at these grown men playing in the water.’”

Mitchell told the firefighter that she was not interested.  As their interaction continued over the next several months, she was able to see the firefighters give a demonstration to her students, and she decided to take a ride along.

“I’m riding on the engine, and I’m thinking this is fun,” she said.  “Then this huge fire breaks out from this one-story commercial building.  I see all of these ladders going up, guys are running everywhere.  I’m looking at all of this, and I wanted to get involved.  I’m thinking that this is organized chaos.  Guys are screaming at each other, and they’re giving each other high fives.  I’m just thinking that I want to be a part of this.”

That day, Mitchell made the decision that she was going to make a dramatic career change.  At the end of the 2012 school year, she resigned from her teaching job and dedicated herself to becoming a firefighter.

Mitchell started the LAFD Candidate Assistance Program (CAP), which prepares candidates for the physical aspects of the profession.  The physical training sessions are held three times a week at the Frank Hotchkin Memorial Training Center, which is adjacent to Dodger Stadium.

Mitchell prepared for the fire department’s interview and testing process, and she also trained at the Stentorians Center, which is on the corner of Normandie Avenue and Vernon Avenue.  The Stentorians is an African American firefighters association.  At the center, Mitchell was able to become familiar with the personal protection equipment that firefighters wear, the rotary saw, the chain saw, ladders, and other equipment that firefighters use on the job.

Mitchell took classes to receive an Emergency Medical Technician (EMT) certification, which is a requirement to join the fire department.  Classes can be taken at private schools, which is quick but can be expensive.  Community college classes can take longer, but are considerably less expensive.

After obtaining the pertinent certifications, Mitchell was hired by the LAFD and she graduated from the fire department’s academy in 2016.  Two days after graduating she was thrust into action on her very first shift when a major fire broke out.

“The fire was ripping,” she said.  “There was heavy black smoke and it was a big fire.  My eyes were like a dear caught in headlights.  This wasn’t the tower.  This wasn’t confined to a little one room (like at the academy).  I don’t have a captain telling me what to do.  You’re thrown right into the beast, right there on day one.  I went back to my basics.  What I was taught at the fire academy.  I just kept it very simple.”

After entering the building, the firefighters had to locate the source of the fire through all of the black smoke.  When they found the room where the fire was, Mitchell was amazed at what she saw.

“It was like a Universal Studio prop,” she said.  “Flames were everywhere.”

Even though it was an intense moment, Mitchell was able to handle the situation.  Four years before this moment, she was thinking that there was no way that she would be interested in joining the fire department.  Now she’s a part of one of the largest fire departments in the nation.

“It was a career that I never considered,” she said.  “I never saw a female firefighter, so it never crossed my mind.”

Out of the roughly 3,200 firefighters, less than 80 (three percent) are women, so there has been a push by the LAFD and to encourage more women to apply to the fire department.

This isn’t just a profession for younger adults to get into.  Many new applicants are well into their 40s, and some in their 50s.  Mitchell said that knowing what she knows now about the fire department, she would have considered the fire service at 18 years old.

To apply for the LAFD, an applicant must be at least 18 years old and have a high school diploma or G.E.D.

This profession has great benefits.  The salary for a firefighter in the Los Angeles Fire Department ranges from $60,552 to $88,426, and firefighters can earn six-figure salaries if they work enough overtime.

“I exceeded my teacher’s salary while I was a rookie,” Mitchell said.  “I spent a lot of money on education.  It’s not cheap to become a teacher.  But here’s a career field (firefighter) that will provide for your family.  It’s a hidden jewel.” 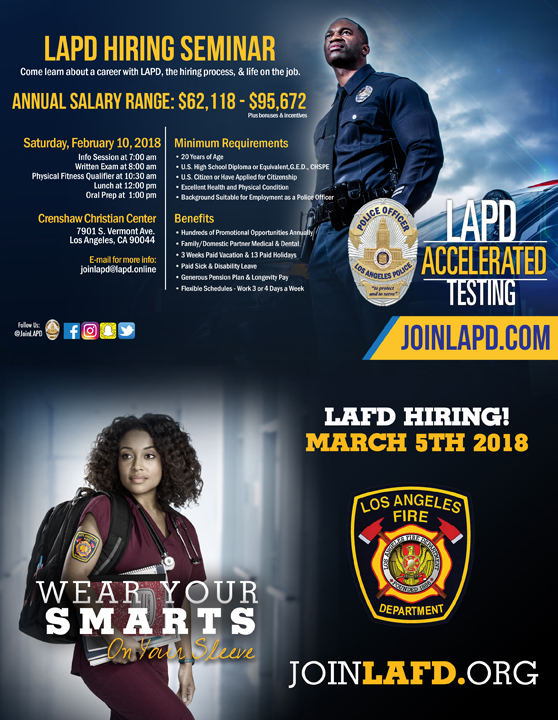 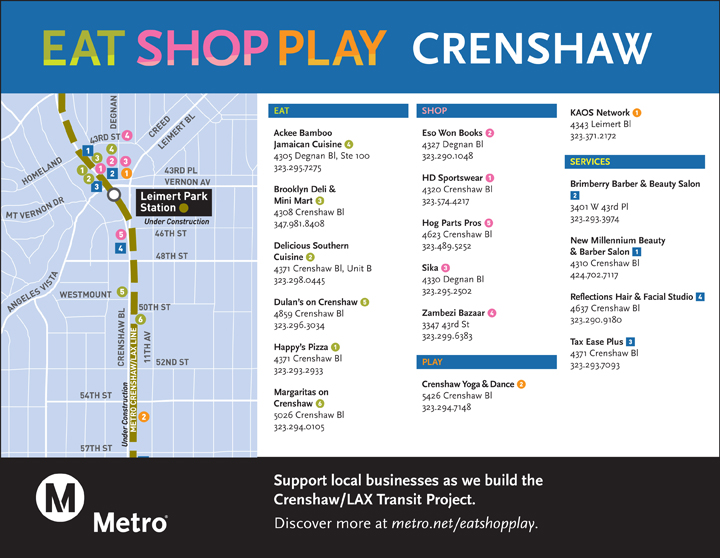 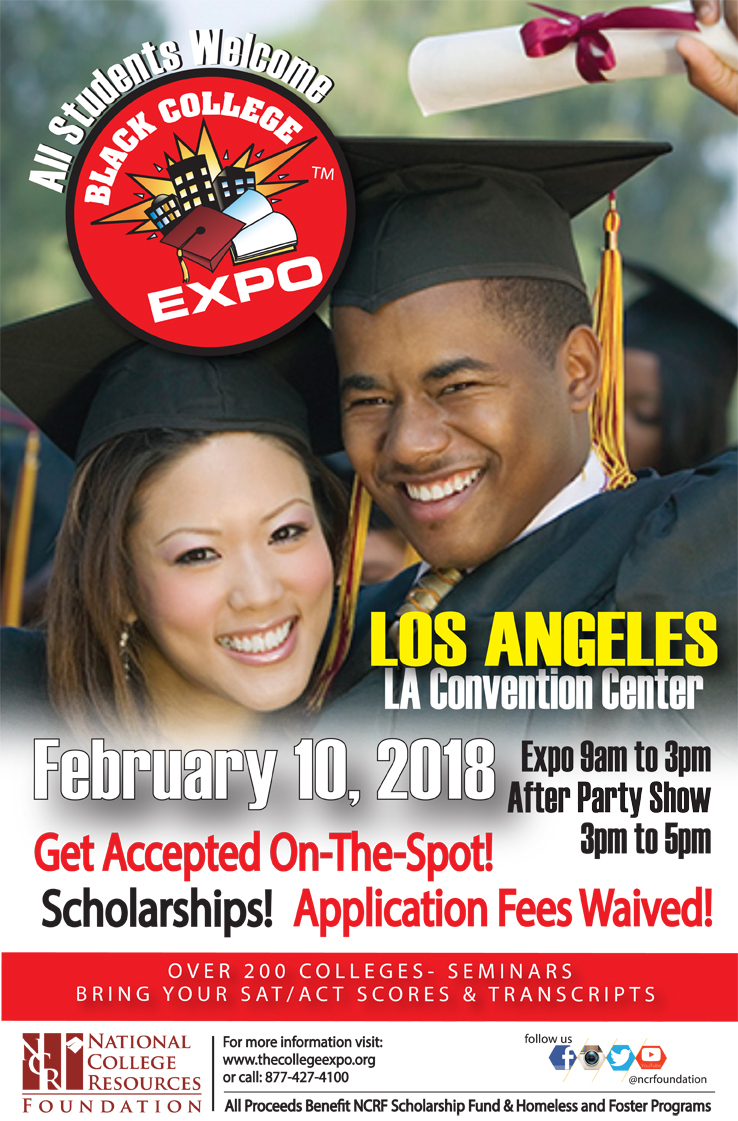