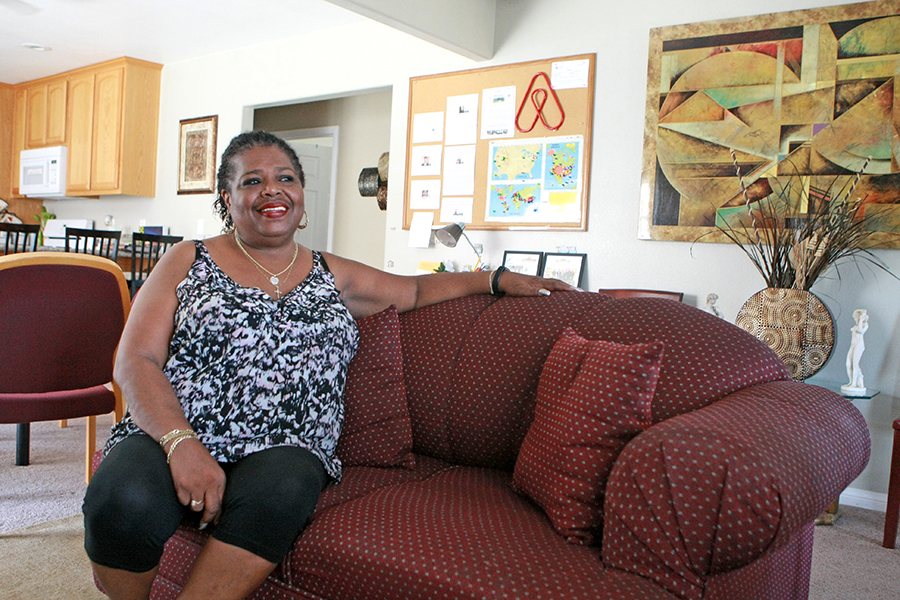 Peggy Sturdivant-McNeil was hesitant to open up her home to strangers, but since becoming an Airbnb host, she has enjoyed hosting over 100 guests. Photos by Jason Lewis

The NAACP and Airbnb formed a partnership to help people of color use their homes to earn extra income.

Leimert Park resident Peggy Sturdivant-McNeil has lived on 2nd Avenue since 1972, but a few years ago the retiree nearly lost her home after hitting financial hardships.

Renting rooms out to family members and friends did not work out too well, and Sturdivant-McNeil did not like the idea of having a permanent resident living in her home.  She had heard about Airbnb, but was very skeptical about using the house sharing service.

“I didn’t know if I wanted strangers staying in my house with me,” she said.  “But at the same time, I know that I didn’t want a full-time, 24/7 resident living here.  I didn’t want to become a landlord.”

Sturdivant-McNeil changed her mind about Airbnb when she saw that one of the world’s biggest stars uses the service.

“I was watching a sports game, and Beyonce came on and announced that she was staying at an Airbnb,” she said.  “Well I thought that if Beyonce trusts Airbnb, I should check it out.”

Sturdivant-McNeil signed up, and it was not long before she had her first request, which was for five days.

“I said yes, and just like anybody else would be, I was wondering who was going to show up at my door,” she said.  “And this wonderful couple from China showed up.  They spoke English, and we talked and I enjoyed them so much.”

After getting a great review from the couple, more requests started coming in, and two-and-a-half years later Sturdivant-McNeil has welcomed more than 100 people into her home.  She created an album with photos of herself with each of her guests, and she has a map that has a pin for every country that her guests have come from.  She has hosted people from various parts of the United States, the United Kingdom, France, Spain, Germany, Australia, China, and Israel. 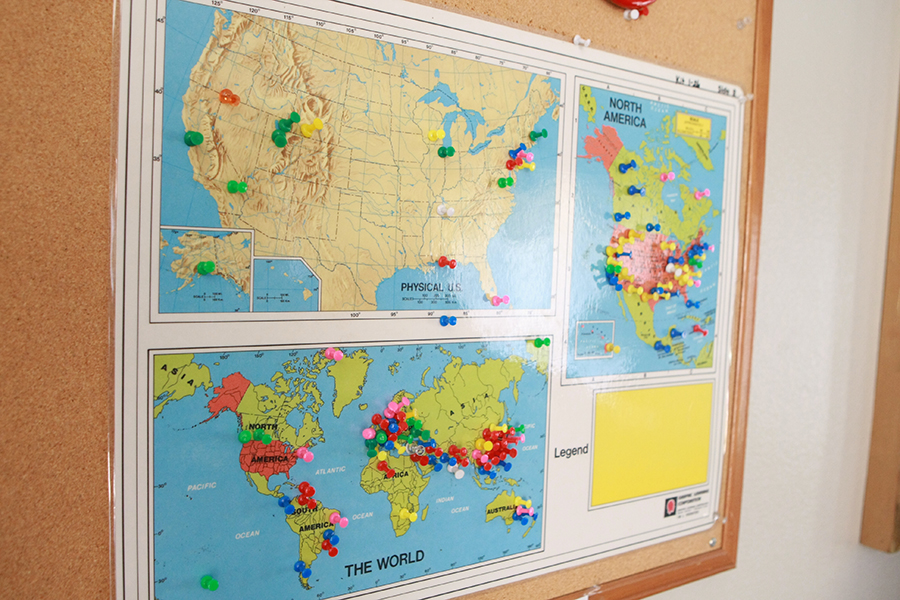 “I’m meeting people from all over the world,” she said.  “They talk about their lifestyle, and I get to talk about our lifestyle.”

South Los Angeles has a stigma of being a rough area, but many of Sturdivant-McNeil’s guest are realizing that it’s actually a pretty good part of town.

While this service has allowed Sturdivant-McNeil to meet a lot of amazing people from different cultures, it has also solved her financial issue.

“Financially it’s rewarding, and I couldn’t have made it without Airbnb,” she said.  “I would have probably lost my house by now.  I was staying two months behind on my mortgage for years.  Now I’m current.  I pay my mortgage on time.  I am able now to see some relief.  Financially it’s a blessing”

Sturdivant-McNeil’s main source of income is social security, and Airbnb supplements that.  On average her home is booked about two weeks out of the month.  Her rental range is between one to 28 days, and she has had many people book for multiple weeks.

There are added household expenses with this service.

“It’s amazing how much paper towel and toilet tissue people will go through,” she said.  “Sometimes you have to change the roll everyday.  During the winter, the heat bill goes up.  For the summer, because of Airbnb, I’ve been able to put an air conditioner in each room.”

Even with the extra expenses, Sturdivant-McNeil says that she comes out ahead each month.  To ensure that her home is booked on a consistent basis, she provides great customer service to make her guest feel welcome.

“I’ve met some hosts who aren’t doing well because their reviews aren’t good,” she said.  “You have to make a person feel at home.”

Sturdivant-McNeil learns Airbnb best practices from a group called the South Los Angeles Home Sharing Club, which meets on the final Tuesday of each month.  Airbnb sponsors these meetings so that the hosts can succeed.  Airbnb’s partnership with the NAACP will also help African American hosts succeed, and the partnership includes a unique revenue sharing model.  Airbnb will share 20 percent of its earnings from this partnership with the NAACP, who will in turn create workshops to promote this program to home owners.  Hosts’ earnings will not be impacted by this initiative.

“I’m excited about this partnership between the NAACP and Airbnb because more hosts like me will
have the chance to be an ambassador for the City of LA,” Sturdivant-McNeil said