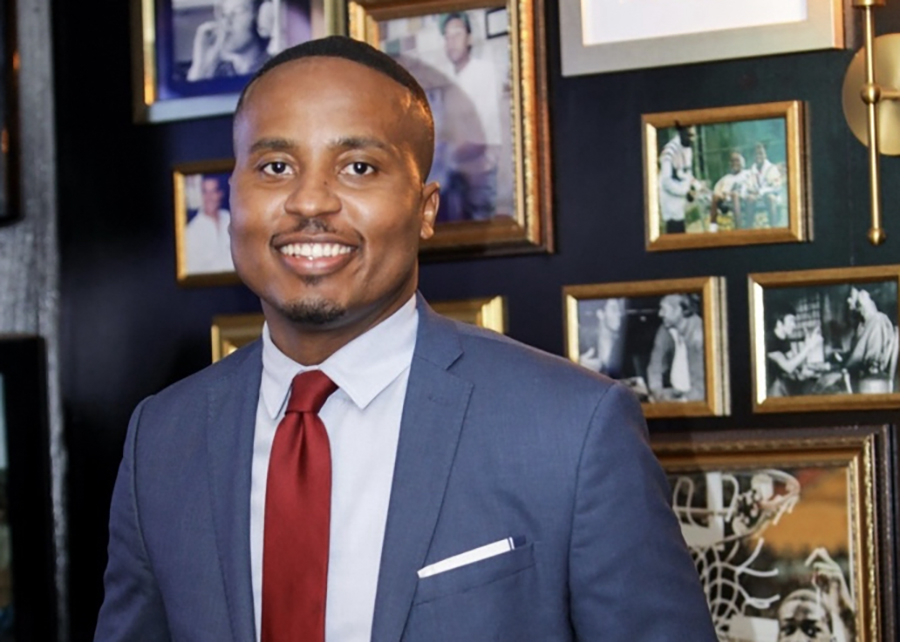 Attorney Almuhtada Smith is helping local Black founders take their businesses to the next level.

Los Angeles is experiencing a Black business renaissance as many Black entrepreneurs are riding the technology wave.  According to the Kauffman Foundation, there were more Black-owned businesses last year proportionate to the total population than at any time in the last quarter-century.  However, only 1.2 percent of the venture capital (VC) raised during the first half of 2021 went to Black founders.

“Venture capital is the highest level of financing for high-growth startups,” said Almuhtada Smith, principal attorney at ARS IP Law Firm, P.C.  “Like Facebook, LinkedIn, Tic Tok, Uber and Lyft; all of them have venture capital invested in the company that helped them grow fast.  VCs are looking for what they call unicorns.  They’re looking for companies that are going to be valued at a billion dollars or more in the future.”

Smith’s firm is rooted in its mission of providing strategic counsel to entrepreneurs and creatives of color, and has worked directly with many of the city's most innovative Black-owned businesses and artists.  Through Smith’s work handling intellectual property, licensing, corporate, real estate, and entertainment law, he has had a first-hand view of unique challenges Black entrepreneurs and creatives face. He also has the unique vantage point of watching the growth and creativity boom of Los Angeles’ Black renaissance from its core.

“I started ARS Counsel in 2018, primarily to center Black entrepreneurs and creatives who are starting businesses or even middle market companies if they’re more mature businesses, to help them get to the next level,” Smith said.  “I work with a lot of startups and we do corporate, intellectual property, and entertainment law.  From a corporate law perspective, we form companies.  We do all of the founders documents.  We draft contracts for new startup companies.  We help them when they’re raising money from these venture capital funds.  We prepare them for growth.  We make sure that all of the initial documents are in order.”

Los Angeles has become one of the nation’s tech hubs, with more than 500 technology companies, including startups, in Silicon Beach.

“Google, Microsoft, Yahoo, Facebook, SnapChat, Tinder, and a bunch of big tech startups have offices here,” Smith said.  “But they still suffer from a lack of diversity.  What I talk about in terms of renaissance for Black folks and folks of color starts with folks like Nipsey Hussle, who understood that innovate ideas are not only housed and bred at these big corporate tech companies, but were also in his community in South L.A.  That’s why he opened up the Marathon Store there, and Vector 90.  So he was very intentional about nurturing this talent in South L.A.  And folks like Issa Rae also shined a light on this talent through her show Insecure and through investments in L.A. based startups.”

Los Angeles is called the Entertainment Capital of the World, with many celebrities living in this city.  Many Black celebrities are investing in local startups in Black communities.

“L.A. has this entertainment culture, but these folks have ventured into tech investing,” Smith said.  “Folks like Nas, Jay-Z, Will Smith, Serena Williams have invested in a lot of startups that are L.A. based and South L.A. based.  And not only on the founders end, there are other investment funds that are intentionally doing this work.  Folks like Slauson & Co., who we also work with.  Slauson & Co. raised a fund to specifically invest in founders of color.  A lot of them are L.A. based.  All of this stuff is happening at the same time.  That’s made L.A. one of the top hubs for tech and startup investments.”

Smith’s services are not only for tech based companies, as technology is a part of every small business.

“Everybody is using tech in some form or fashion,” he said.  “Every company is not trying to grow into this billion dollar in revenue company.  Some folks are creating businesses just to sustain their families in their community, and that’s important.  There are models out there to assist these folks by raising smaller amounts of capital.  It might not be through VCs.  It might be through angel investors who might not be looking to get as much from their investments.  Crowdfunding has been a good avenue for some of these smaller ventures.  But either way it’s still important for them to have their paperwork together and protect their intellectual property.  We assist smaller companies with that.”