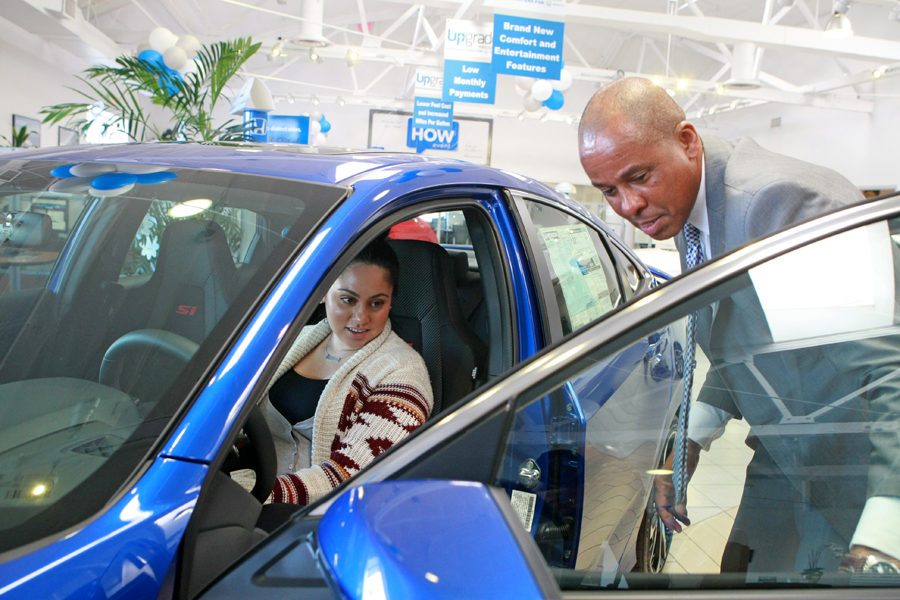 A sales manager at Airport Marina Honda discusses the type of deals that consumers can take advantage of.  AAA also gives their recommendations.

There is a long-held belief that auto consumers can get great deals on purchasing cars from dealerships at the end of the year.  Thankfully, there is a lot of truth to that belief.  However, it’s not as simple as running down to the local dealership and finding a sales sticker on every car.

John Harmond, the general sales manager at Airport Marina Honda, shares his insight to what is true and what is a misconception on buying at the end of the year.

It turns out that it is true that the dealerships will lower their prices so they will not enter the new year with very many of the current year’s model.

“The factory has to move out the old ones to make room for the no ones,” Harmond said.  “So they give out incentives based upon the dealership’s inventory.  So let’s say a particular model, like the 2017 Honda Fit, we don’t have a lot of Fits in Southern California, so the factory isn’t going to dump a lot of specials 2017s to move them out, because we don’t have very many of them.  But right now, the Civics, every dealership is loaded up with 2017 Civics.  They’re overstocked with them.  So that they can sell, and they don’t get caught going into the following year, the factory puts big incentives on them.  Like lease specials and/or dealer cash to help move those cars out.

For the 2017 models, currently (at press time) on Airport Marina Honda’s website they have 80 Civics, 30 Accords, and 30 CR-Vs listed.

For the Fit, they only have one

A quick search of Airport Marina Honda’s website can tell a consumer which models the dealership has a high inventory in.

The next theory is that dealerships have to hit a certain number to achieve incentive bonuses, which is a stair-step program.  That type of program gives the dealership a per-vehicle bonus.

While those programs do exist, do not bank on that with every dealership.  According to Harmond, Honda does not have a stair-step program at the moment, and many other auto dealerships are avoiding that type of incentive program because it can eat into their profits.

“If the dealership is aggressive with their price, but they don’t hit that number, they would have thrown away a lot of profits that they could have made,” he said.

Even without a stair-step program, dealers still need to hit a certain number, which could lower the prices at the end of the year.

“There is still a number that Honda puts out there that they want the dealership to hit,” Harmond said.  “They’ll tell you every month what your objective is.  And it’s very important to hit your objective.  If you don’t sell enough cars based upon what they feel that you should sell in your area, they can pull your franchise.  Nobody wants to get that letter saying that, ‘If you don’t sell more cars, we’re going to yank your franchise.’”

Harmond recommends that people check Airport Marina Honda’s website to research the automobiles that they are selling, which is a similar recommendation that the Automobile Club of Southern California gives out.  Before purchasing a car, AAA advises their members to research costs; set a budget and stick to it; get pre-approved financing; and get referrals from trusted sources.

AAA provides new vehicle pricing information to their members at www.aaa.com.  The estimated AAA member price is not a dealer advertised price or a dealer offer to sell. It represents an estimate of the dealer’s pre-negotiated price with the Auto Club on behalf of members, excluding any optional equipment.

Airport Marina Honda is located at 5850 Centinela Ave.  Contact them at (855) 473-3095, and visit their website at www.airportmarinahonda.com.