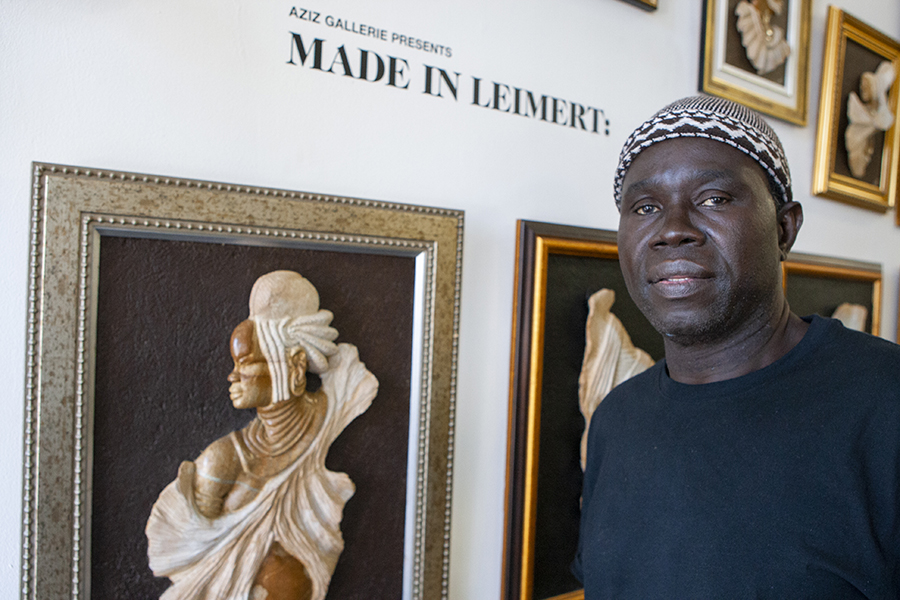 Black artists showcase and sell their artwork at this local art gallery.

Local artist Aziz Diagne has showcased his work around the world over the last few decades, with Leimert Park Village being his home base for years.

“I’ve never left Leimert Park,” he said.  “I’ve been here since 5th Street Dicks, Billy Higgins (founder of The World Stage).  I used to be a part of an art gallery where Fernando Pullum (Performing Arts Center) is.  My work has been inside Regency West for the last 25 years.”

After years of displaying his artwork in various venues in Leimert Park Village, Diagne has opened his own art gallery.  He opened Aziz Gallerie in the late film director John Singleton’s former office on 43rd Street, about half of a block east of Degnan Boulevard.  The gallery not only showcases Diagne’s work, but it is also a co-op for local artists. 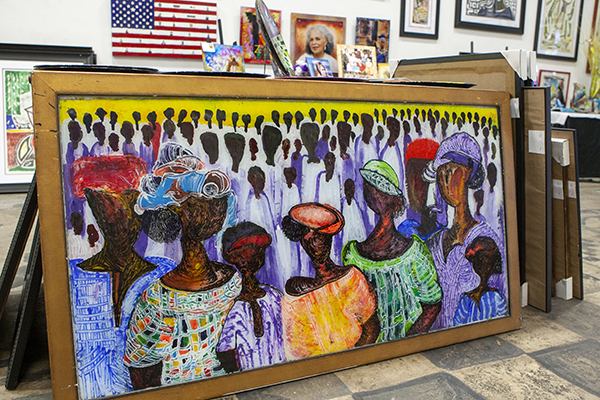 Many young artists have a difficult time getting their artwork in mainstream galleries, so Diagne created a space to give them an opportunity and a venue to showcase and sell their work.

“Usually when a young artist goes to a gallery, the first thing that they ask is if you’ve ever exhibited anywhere.  If you haven’t, they’ll tell you to ‘go and get a job before we give you one.’”

Aziz Gallerie features Afrocentric paintings, so locals do not have to leave their community to purchase high-end artwork.  Diagne also hosts art classes and artist panel discussions at the gallery. 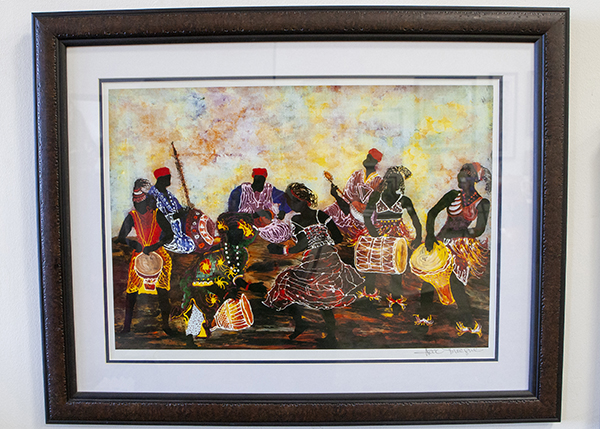 Aziz Gallerie is located at 3343 W. 43rd Street.  They are open from 11 a.m. to 7 p.m., Tuesday through Sunday.  For more information visit their website at www.azizart.com and follow them on social media. 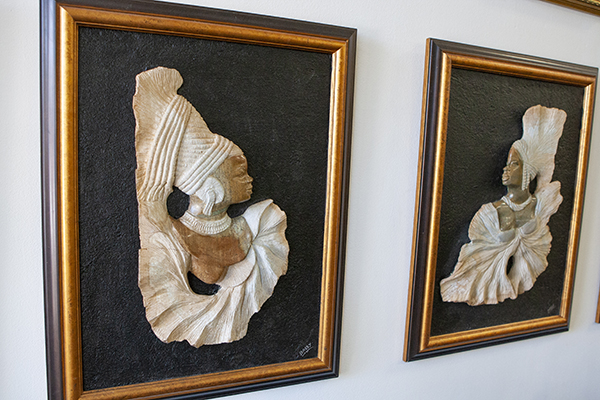