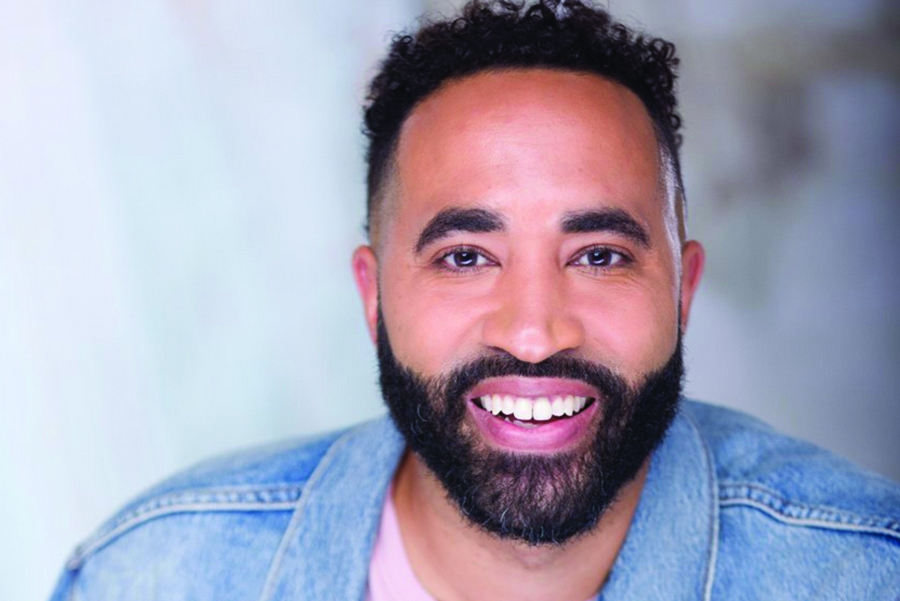 Host Curtis Burke interviews impactful people who do not have large followings because everybody’s story deserves to be told. 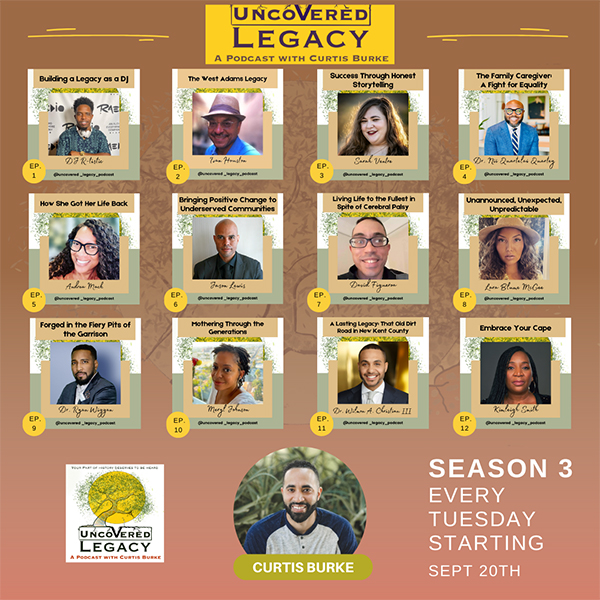 The general public is well aware of the legacies that celebrates leave behind, but Curtis Burke believes that everybody has a compelling story that should be documented.  He started the Uncovered Legacy Podcast to give people a platform where they can discuss their upbringing, life’s work, and their twists and turns through life.

“I feel that everybody’s story should be told, if you want it told,” Burke said.  “We all have a legacy, and everybody’s story is not glitz and glam.  A lot of times when watching shows like “Finding your Roots,” you have to be famous to get on that show.  People who are moving a community forward, who are impacting a community, or the person who is the school guard who is making sure that the children get to school; those stories should be recorded.”

Burke started the podcast when he was researching his family’s history.

“I did a 23andMe DNA Ancestry test, and I hit a block like most people do regardless of race,” he said.  “But especially with Black Americans, we hit a brick wall unless you have the funds to hire somebody to help you take a deeper dive into your history and your legacy.”

Many Black Americans who research their ancestry can trace their roots back to the 1870 U.S. census.  But in the South there are scant records of Black people before then because of slavery.  Many Black people living in the South during that time were not counted on the census before 1870, and many slave owners did not keep accurate records.  This has suppressed the family history of many Black Americans.

Today there are many stories nationwide that are passed down by word-of-mouth within a family or a community, but those stories fade away if they are not documented.  There are stories in Black communities of Los Angeles that Burke has featured on his show.  One story was the Houston family’s local impact.  Burke interviewed Ivan Houston, whose grandfather Norman Houston helped build the Golden State Mutual Life Insurance Company, which was once the largest Black-owned insurance company in the western region of the United States.  Its headquarters was on the corner on West Adams Boulevard and Western Avenue.

“Ivan talked about how it was against the law for Black people to purchase a home from White People,” Burke said.  “He spoke about how Black people pushed past that and got the laws changed.  We talked about a lot of the history of West Adams, and about the history of the 10 freeway.  I didn’t know how the 10 freeway went right through West Adams, and how the government felt like they would get the least pushback to go through this Black legacy of upperclass Black society.  And how it separated the neighborhood.”

The construction of the 10 freeway destroyed Sugar Hill and Berkeley Square, which were wealthy Black neighborhoods.

Burke interviewed Nicole Miller, founder of Stepping in the Right Direction Black College Tours, and Ronald Turner II, also known as DJ R-Tistic.  Ford, Turner, and Burke have been instrumental in creating and promoting a HBCU culture in Los Angeles.

Burke also interviewed Los Angeles Standard Newspaper owner and publisher Jason Lewis.  They spoke about Lewis’ family moving to Los Angeles since 1924, and how his upbringing in the Crenshaw District led him to publishing a newspaper in that community.

The Uncovered Legacy Podcast is in its third season, and episodes can be listened to by visiting www.uncoveredlegacy.com.  The podcast can also be followed on social media.