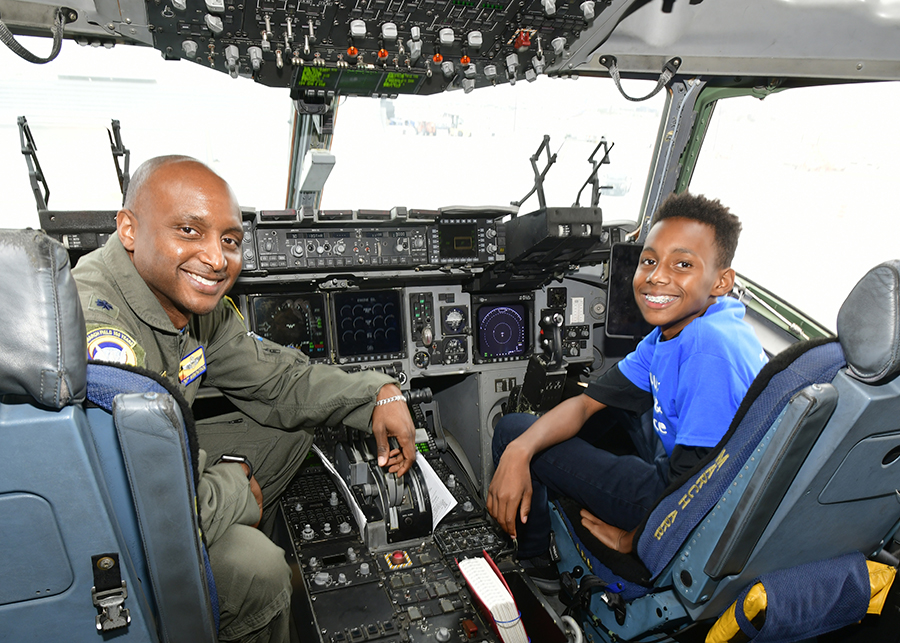 Shades of Blue Aviation and United Airlines have programs that train pilots. Teenagers can pursue a California pilot’s license at 16 years old. Photos by Ian Foxx

The Los Angeles International Airport (LAX) is adjacent to Black communities in Los Angeles and Inglewood, and there are thousands of jobs in many different fields there.  The aviation industry encompasses all aspects of air travel, which includes pilots, mechanics, engineers, researchers, air safety specialists, ground crew, flight attendants, curbside attendants, and many more jobs.

Currently there is a shortage in many positions in the aviation industry, and many airline companies will be hiring thousands of people over the next decade.  To spread awareness of these careers, local organizations Shades of Blue Aviation, Barboza Space Center, and Community Build, Inc., partnered with United Airlines, LAX, and Ontario International Airport to introduce local children to the jobs that they can obtain when they become adults.

“United Airlines announced about a year ago that they’re going to be filling about 5,000 pilot seats,” said Robert Sausedo, president of Community Build, Inc.  “Half of which will be for people of color.  So we’re taking an active role in ensuring that we get at least 1,000 young people in the pipeline to fill those slots.”

The three-weekend program was held at LAX, and the students attended workshops that discussed the various careers and how to obtain those jobs.

The program encourages the students to enter into careers in the STEM fields (science, technology, engineering, and math).

“We’re exposing the kids to all of the different fields in engineering where there are jobs available,” said Bob Barboza, CEO of the Barboza Space Center.  “Sometimes aviation and space will cross and we’ll start talking about aerospace.  It’s in that aerospace place that we’re training kids on both sides to be ready for these new unique positions that are starting to open up all over Southern California.  This is the aerospace capital.”

Students who are interested in becoming pilots do not have to wait until they are adults to begin their process.  Shades of Blue provides young people with the educational opportunities, training, and employment assistance needed to pursue careers in the aviation and aerospace industries.

“We mentor the students, put them in the pipeline, and point them in the right direction,” said Captain Willie L. Daniels, II, founder of Shades of Blue Aviation  “We track them all the way through college, and when they complete college we run their resumes to the HR departments.  We’ve had some students recently who are 25 years of age get hired on.  Now they can make six figures for 40-plus years.  Think about what that does economically for that individual and everybody involved in their lives.”