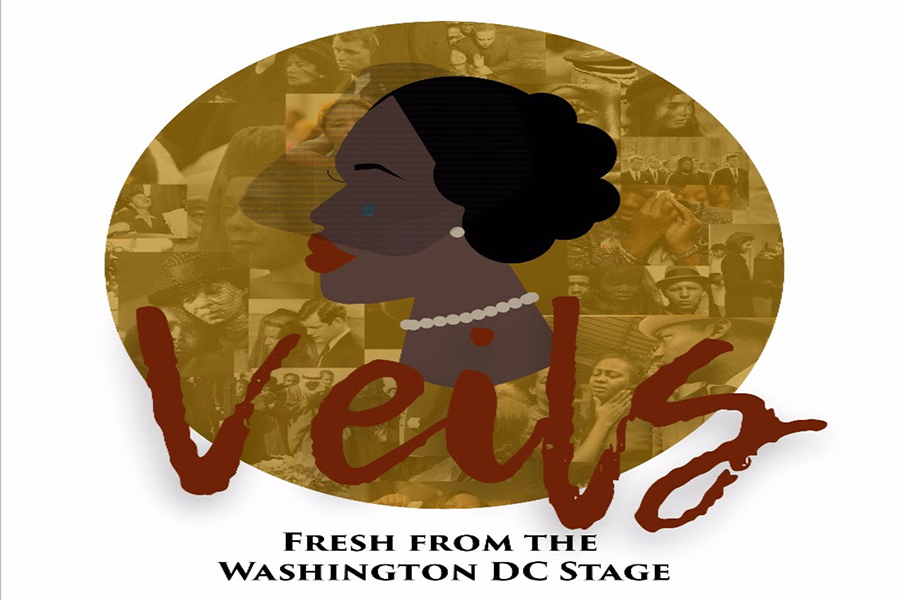 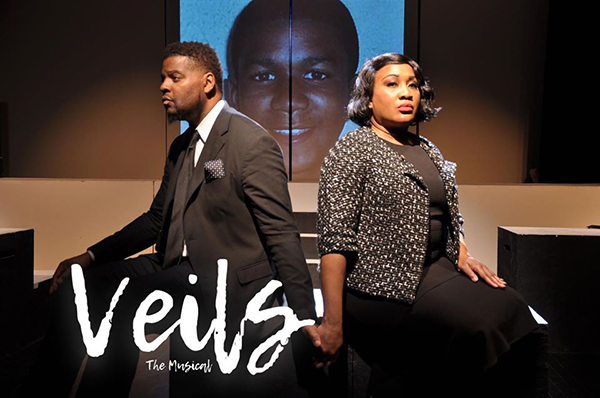 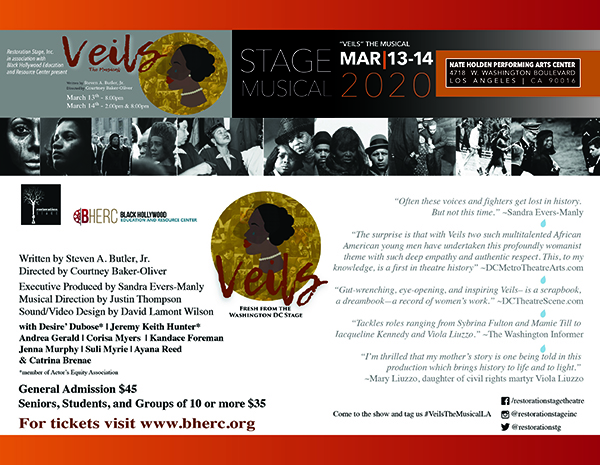 “Gut-wrenching, eye-opening, and inspiring Veils– is a scrapbook, a dream book—a record of women’s work.”
— DCTheatreScene.com

The Black Hollywood Education and Resource Center (BHERC) has teamed with Restoration Stage (Washington, DC) to bring the popular musical “Veils” to the Los Angeles area for a short run Friday, March 13, at 8:00 p.m. and Saturday, March 14 at 2:00 p.m. and 8:00 p.m. (with a special private performance for local high school students) at the Nate Holden Performing Arts Center. These performances commemorate the 55th anniversary of “Bloody Sunday.”

So much has been written about the men lost in the Civil Rights and Black Lives Matter movements. Unexplored, however, are the stories of the women whose lives are affected by these tragedies—the women who wear the “Veils.” This musical is described as “an emotional historical pageant of grief and resilience, that pays tribute to women veiled in mourning, with a focus on Black lives lost in bloodshed during the sixties Civil Rights Movement.”

“The singer-actors have created an exquisitely beautiful experience of enduring sorrow, honor, and healing.” - John Stoltenberg

“The surprise is that with Veils two such multitalented African American young men have undertaken this profoundly womanist theme with such deep empathy and authentic respect. This, to my knowledge, is a first in theatre history.” — DCMetroTheatreArts.com

“Tackles roles ranging from Sybrina Fulton and Mamie Till to Jacqueline Kennedy and Viola Liuzzo.” — The Washington Informer

“I’m thrilled that my mother’s story is one being told in this production which brings history to life and to light.” — Mary Liuzzo, daughter of civil rights martyr Viola Liuzzo

“Often these voices and fighters get lost in history. But not this time.” — Sandra Evers-Manly