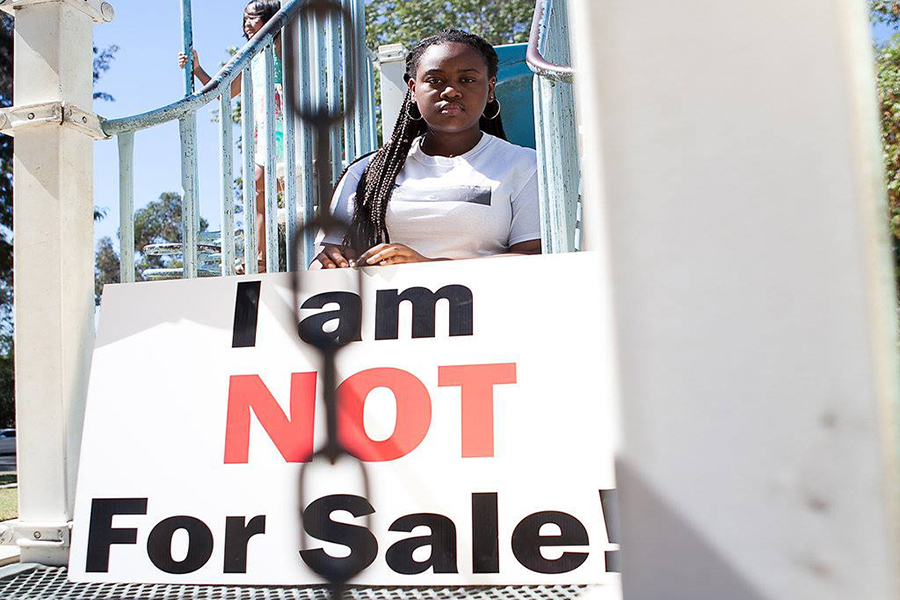 The church has partnered with Forgotten Children Inc. to save victims of the sex trafficking industry. 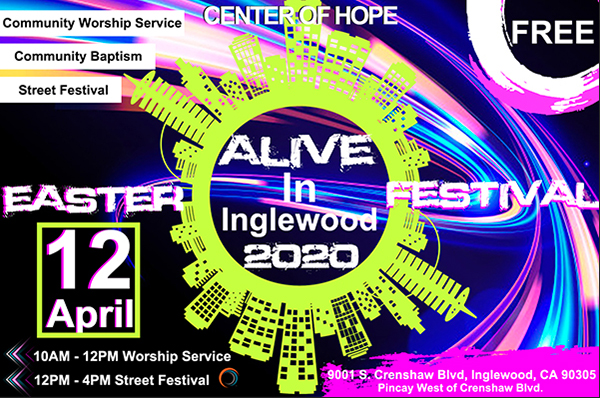 Human trafficking is a global epidemic, but many people in Inglewood and the greater Los Angeles area do not realize how close to home it is.  According to California Against Slavery, California is a hotbed for sex trafficking, and many of the victims were born and raised in local communities.

Many people confuse human trafficking with human smuggling.  Human smuggling is taking a person across a border.  People brought into the United States and forced into some form of indentured servitude is what many people think of.  But sex trafficking is forcing a person into the sex industry against their will, which is prevalent in the greater Los Angeles area.

Another misconception is that the prostitutes are doing it by choice.

“When I saw a prostitute on the street, I just thought that it was her decision,” Dixon said.  “That she decided that it was going to be her life.  It was really faulty thinking.”

Tera Hilliard, who is a member of Center of Hope L.A., is the CEO of Forgotten Children Inc., an organization that rescues, restores, educates, and brings hope to victims of human trafficking and sexual exploitation.

“I grew up right off of Century and Figueroa,” Hilliard said.  “Growing up we saw a lot of prostitutes but we didn’t think much of it.  We’d see pimps and we’d laugh about it.  So growing up, I never knew that prostitution and human trafficking were the same.  A lot of people think that human trafficking happens in other countries.  But here in the U.S., it’s always been here hidden in plain sight.  It’s been under the guise of, ‘she just wants to be out there and she knows what she’s doing.’  What most people don’t understand is that most girls that are victimized by human trafficking become victims as young as 11 or 12 years old.  And they’re forced into prostitution and a life of constant abuse.  They’re taken from city to city.  Pimps change their names and tattoo their insignia on them.  And they’re sold from pimp to pimp.”

One of many issues is that most people within Black communities do not want to have a conversation about this issue.  But Center of Hope L.A. and Forgotten Children Inc. are helping victims of sex trafficking while dispelling myths and making people aware of this problem.

Forgotten Children Inc. provides a safe place for victims and survivors of human trafficking and they have programs to help victims regain a normal life.  That is a difficult task because of the amount of abuse to which victims have been subjected.

“What we see is that most of these women never had a chance from age 10 or 11 through adolescence to even be human.  We begin to rehabilitate them, bring back their humanity, let them know that they’re loved, and we begin to see the transformation within two to three months of them being in our house.  They begin to dream again, and set goals.”

It is a difficult battle for people and organizations who are trying to help the victims of sex trafficking because the perpetrators are always near by.

“We had volunteers stand outside of the jails,” Dixon said.  “When the young girls who are picked up for prostitution come out of jail, their pimps are waiting for them.  And Forgotten Children is waiting for them too.  We give the girls an option.  There is a way that leads to life and freedom and we can help them.”

Center of Hope L.A. will bring more awareness to this issue through their Alive in Inglewood 2020 street festival, which will be on Easter Sunday, April 12, after their 10 a.m. service.  The festival is from noon to 4 p.m. at at 9001 S. Crenshaw Blvd.

“This is an opportunity for me to get people passionate about what I think that Christ is passionate about,” Dixon said.  “And that’s the well being of people.  And it’s going to be nuts.  The staging, the lights, singing and dancing, food trucks, rides and games.  But with it there will be a consistent message that we’re our own best resource.  If we band together as a community and say, ‘Not on my watch,’ we can build a gang against the things that we know are harming our future.”

For more information about Forgotten Children Inc., visit their website at www.forgottenchildreninc.org.  To report incidents of human trafficking, contact the Human Trafficking Hotline 24 hours a day at (888) 373-7888.