Inglewood native Jamal Hill, who suffers from a muscle disorder, is motivating others to be their best while he trains for the Tokyo 2020 Paralympics Games.

Swim Up Hill - A short doc on US Paralympic Swimmer, Jamal Hill from John Duarte on Vimeo.

Swimmer Jamal Hill has big dreams, and that is going to lead him to Tokyo to compete on the world stage in the 2020 Paralympic Games.

“It runs in my family,” Hill said.  “It affects my mom a little bit.  It affects my uncles pretty heavily.  Essentially my motor neurons in my outer extremities, from my elbow to my fingertips and from my kneecaps all the way to my toes gives me a lot of problems.”

Earlier this year, Hill decided to start talking about it with other people who are affected by the disorder, and it has greatly encouraged him to stay positive.  And in turn, he has also helped others who have the disorder to follow their dreams. 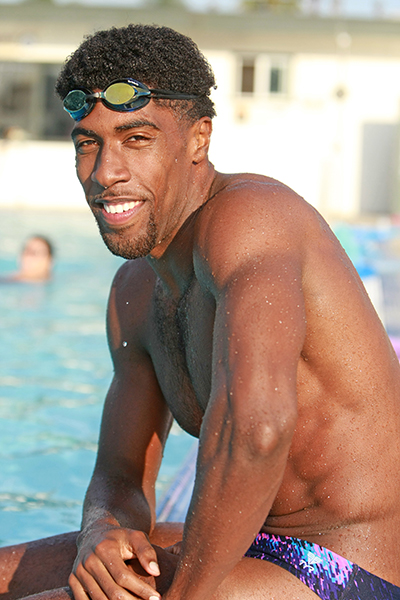 While in Ohio, Hill studied physics, in which several of his family members work.  He has uncles who are members of the Los Angeles Council of Black Professional Engineers, and he attended their Excell program at Cal State Dominguez Hills.

Currently Hill is being trained by Wilma Wong, who coaches nationally ranked swimmers at the Boys & Girls club in Pasadena.  Under Wong’s guidance, Hill is the top ranked Paralympian in the nation in the 50-meter freestyle and No. 13 in the world.

Hill has turned his disorder from a negative into a positive to help people with their own issues.

“The things that we think are holding us back, that are these curses on us, that we just wish weren't there.  The things that we wish we could wish away are there for a reason,” he said.  “We need to wish that we knew how to use them.”