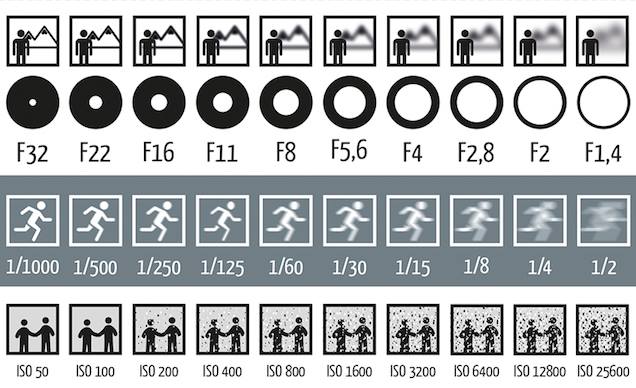 This tutorial is on the very basics of shooting in manual mode.

For the most part, this tutorial is about getting the right exposure using the manual setting, opposed to using the automatic settings.  A photographer once told me that I need to be smarter than the camera, because the camera does not know what type of image that I’m trying to produce.  Understanding how to shoot in manual mode improves your chances of obtaining the image that you want.

We'll start off with a couple videos before getting into an explanation with photos.

This video uses photographs to show the differences between ISO, shutter speed, and aperture.

This video has uses illustrations to show the differences between ISO, shutter speed, and aperture. 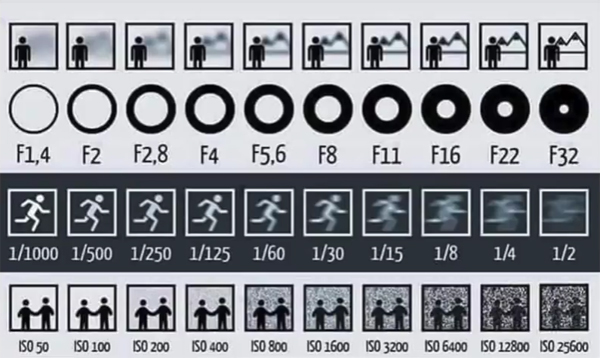 The three basic elements that affects the amount of light that gets on the sensor are shutter speed, aperture, and ISO.  The right combination of these three elements will produce a properly exposed image.

The camera’s aperture, or f/stop number, is the opening in the lens, and it can be ajusted to be larger or small.  A larger opening allows more light to hit the sensor than a smaller opening.  The smaller the f/stop number, the larger the opening.  So f/3.5 is a much larger opening than f/16.  The aperture range typically depends on the camera lens.  Kit lenses typically can go down to f3.5-f5.6.  More expensive lenses go to f2.8.  But some lenses (expensive and inexpensive) can go lower than that.  If the image is too dark, increasing the aperture size (smaller number), will allow more light in, and brighten the photo.  If the photo is too bright, decreasing the aperture size (larger number), will decrease the amount of light that gets to the sensor and it will darken the photo.

The ISO will lighten or darken an image.  The higher the ISO number, the brighter the image will be.  If the shutter speed is at 1/100, and the aperture is at f/5.6, but the photo is too dark, increasing the ISO will brighten the image.   But the higher the ISO, the grainer the photo will be, which is also called noise.  If the image is too grainy, it can look really bad, unless that’s what the photographer was going for.  On a bright and sunny day, ISO 100 works well.  If it’s a partially cloudy day, or you’re indoors with a lot of natural light, ISO 400 may be in order.  If there are dark clouds, ISO 800 may work.  If Indoors, where there isn’t much or any natural light, higher ISOs will probably be in order.  Older digital cameras would produce very grainy photos at ISO 1000.  But newer cameras can go much higher without the image being grainy at all.  That makes it much easier to shoot in poor light conditions.  My first digital camera, the Mark I, could only do ISO 1250 and look good.  ISO 1600 or higher looked very grainy.  My Mark II could do about ISO 2000.  I’ve shot ISO 3200 with my Mark III and the images still looked good.  Newer cameras can do much better than that. 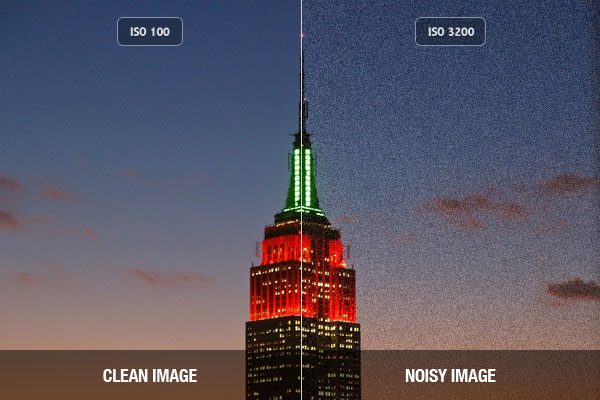 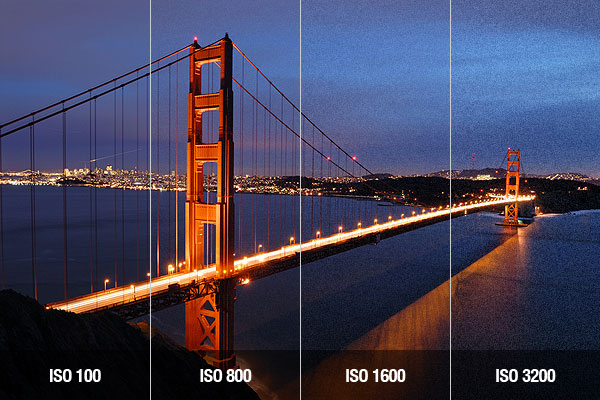 As the ISO increases, the image becomes grainer.  But newer cameras do much better at higher ISOs than older cameras.

Choosing between shutter speed and aperture can depend on the affect that the photographer is going for.

Aperture controls depth of field.  An image shot with a large aperture, such as f/2.8, will have the focus point in focus, but the foreground and background out of focus, or blurred.  The technique draw’s the attention to the subject, which is in focus.  This is used a lot for portraits, where the photographer does not want the background to be distracting.  This is also used in sports photography to draw the attention to the athlete.  A higher aperture, such as f/8 or higher, will produce an image where the foreground and background are also in focus.  This is good when elements surrounding the subject will help tell the story of the image, so it’s important to have those elements in focus.  A higher f/stop is also good for group shots when people are standing at various distances from the camera.  In a large group shot where people are in rows, the first row may be 10 feet away.  The second row may be 12 feet away.  When the aperture is large, if the focus point is on the people in the first row, they will be in focus while the people in the back row may be out of focus, even though they are only a couple feet away.

Shutter speed stops the action, or blurs it.  At 1/2000th of a second, everything in the image will be frozen, even if people or objects are moving fast.  But at 1/60th of a second, fast moving objects will be blurred.  That shutter speed is not fast enough to freeze the action.  Shooting sports, 1/400th of a second will freeze the action for the most part, but there can still be some blur.  Shooting at 1/1000th of a second and above is ideal.  While shooting people just doing typical movements, which are much slower than people moving at high rates of speed, shooting above 1/100th of a second will freeze most movement.  Shooting below about 1/50th of a second can start to be a problem.  While people are talking, if they are moving their hands around, their hands can become blurred.  Also factor in that the photographer standing and holding the camera is not as still as a tripod.  The body and arms tend to move, so at slower shutter speeds, that can become a problem.

Long exposures can create some very interesting images.  The typical images that you’ll see are the streaking head and tail lights from cars driving down the street.  The shot works by putting the camera on a tripod, and then setting the camera’s shutter speed to a second to several seconds.  It has to be long enough for cars to travel through the image.  Because the camera is on a tripod, the street and buildings will be sharp.  But anything moving in the photo will look like a streak.  Long exposures can also be used to make water falls or waves at the beach look like they are flowing.  Long exposures are also used at night time to take photos of buildings, structures, or the sky.

Once you understand how to manipulate shutter speed, aperture, and ISO, it becomes pretty simple to find the right combination for your photos.